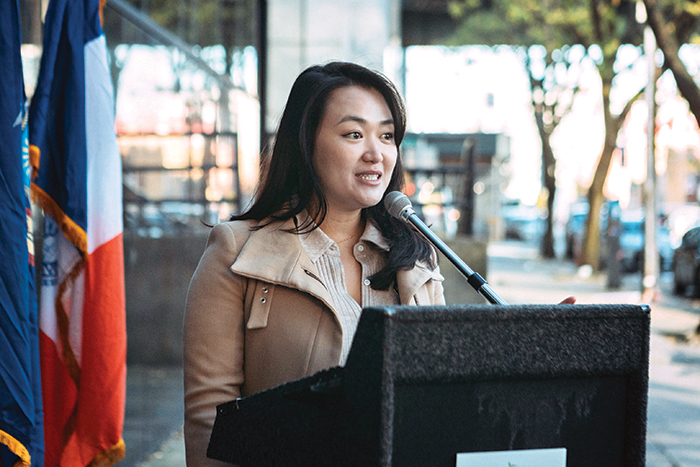 The City Council on Tuesday approved the land use applications in Queens and Brooklyn that will collectively produce over 5,000 new units of housing, 65 percent of which will be affordable. Over 1,900 of the housing units (over 37 percent) would be deeply affordable for extremely or very low-income households. The projects are Innovation QNS in Astoria, and Innovative Urban Village in East New York, Brooklyn.

“As our city grapples with a housing crisis that threatens communities, the Council has advanced major projects that provide tens of thousands of affordable homes to New Yorkers,” said City Council Speaker Adrienne Adams. “With today’s approval of Innovation QNS and Innovative Urban Village, we are delivering affordable housing and unprecedented public benefits for the residents of Brooklyn, Queens, and the entire city. These projects affirm the Council’s deep commitment to confronting the city’s housing shortage by securing safe, stable, and affordable homes for New Yorkers. We will continue to invest in solutions to the greatest challenges facing our communities and work together to ensure residents can thrive in our city.”

Innovation Queens: Applications by Kaufman Astoria Bedrock I LLC and Silverstein Astoria Member LLC for rezoning from M1-1 and C4-2A to a special mixed-use district (MX-24) consisting of M1-4/R7-3, M1-4/R7X, and M1-5/R9-1, zoning text amendments to designate a Mandatory Inclusionary Housing Area in Appendix F of the Zoning Resolution (Option 1), and special permits to modify bulk, loading, sign, and retail size regulations to facilitate a series of mixed-use buildings and publicly accessible open spaces, with over 3,100 housing units in 13 buildings ranging in height from 8 to 27 stories between 37th St, 35th Ave, Northern Blvd, and 36th Ave in Astoria, Queens in Councilwoman Julie Won’s district. As negotiated by the Council, the project will be approximately 55 percent market-rate and 45 percent affordable as the applicant and administration have agreed to fund the development of three 100% affordable HPD buildings (approx. 478 units) and set-aside an additional 157 units for CityFHEPS vouchers, in addition to the requirements of MIH Option 1 (25 percent of floor area at an average of 60 AMI). The Council is modifying the proposal to facilitate the conversion of office and community facility space into additional housing and reduce the density on the outparcels included within the rezoning area but not part of the Innovation QNS large-scale development.

“To tackle our City’s affordable housing crisis systemically, we must implement comprehensive, city-wide planning which prioritizes the very New Yorkers we have excluded from these processes for far too long,” said City Councilwoman Julie Won (D-Long Island City). “We as a Council, along with the Mayor and the Speaker, must make solving the affordable housing crisis our top priority and put real investment into repairing and preserving NYCHA, developing and operating more social housing, expanding community land trusts, and pushing the state to grow successful limited equity co-op programs such as the Mitchell-Lama Co-op. In District 26, we will always prioritize community needs over profit.”