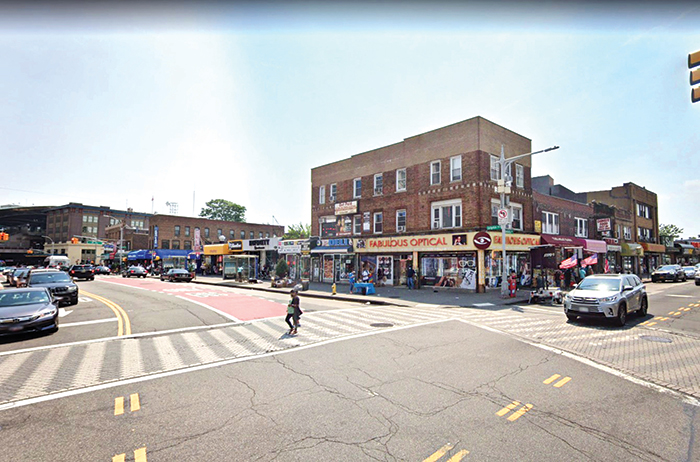 The Q44 SBS can be seen at the intersection of Sutphin Boulevard and Jamaica Avenue dozens of times daily.

The Metropolitan Transportation Authority (MTA) on Monday advised that drivers who violate the Q44 SBS bus lane regulations will be issued summonses beginning this Friday, Dec. 2.

Since the activation of the Q44 SBS’s automated bus lane enforcement (ABLE) cameras on Oct. 3, the City Department of Transportation (NYCDOT) has been issuing warning notices to violators who block the bus lane. This warning period served as an opportunity to educate and remind drivers of bus lane regulations, a critical component in keeping buses moving and improving speeds.

Additionally, the Q43 and Bx19 activated its cameras today, beginning their 60-day warning period. Since the activation of the Q44 SBS, which was the first of nine bus routes announced in October to activate its ABLE cameras, five bus routes have recently installed and activated their cameras. See activation dates and respective end date for their warning periods:

The Q44 SBS is among one of the busiest routes in the MTA bus network. Between Oct. 3 and Wednesday, Nov. 23, 3,325 warning notices were issued on the Q44 SBS bus lane, 3,325 instances of which the majority will not result in a repeated offense. Based on previous data collected, less than 8 percent of drivers receive more than two summonses for violating the rules of a bus lane. This is indicative of ABLE cameras’ effectiveness in influencing driver behavior.

Three Brooklyn routes remain, the B62, B25, and B42, which are all scheduled to be activated by the end of 2022. In total, 300 buses will be equipped with this bus lane enforcing technology to capture drivers violating busway and bus lane rules in real-time.

ABLE cameras are an essential tool to keep bus lanes clear of vehicles and buses on schedule for more consistent and reliable service. By the end of the year, the bus enforcement technology will be expanded to all boroughs and cover approximately 50 percent of bus lane miles across the city. The MTA and New York City Department of Transportation (NYCDOT) have agreed to expand camera enforcement to cover up to 85 percent of existing bus lanes by the end of 2023. NYCDOT’s fixed cameras will work in concert with these bus cameras to reduce the number of illegal cars and other vehicles in bus lanes.

Each bus lane corridor will have signage indicating the hours that the bus lanes are operable, and warning motorists that the lanes are camera-enforced, as the existing bus lane corridors have. NYCDOT will issue warnings to motorists for the first 60 days, in accordance with State law, to ensure drivers are informed about the program before any fines are levied. Drivers who violate these rules during enforcement periods are subject to a summons, with fines beginning at $50 and escalating, for repeat offenders, up to $250.