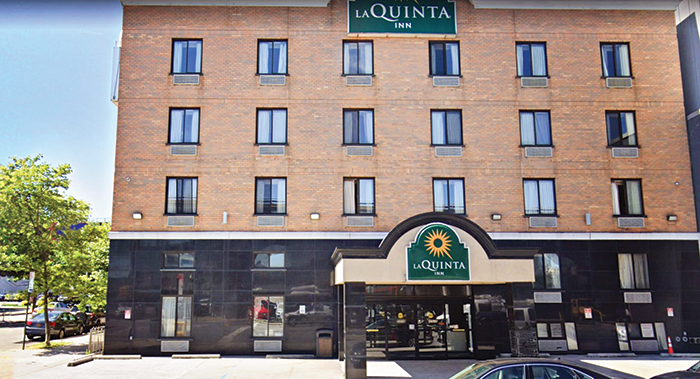 According to the charges, in February 2021, Winslow and Velvett met two victims, aged 13 and 14, at a La Quinta Inn on Queens Boulevard.

Queens District Attorney Melinda Katz recently announced that Lawrence Winslow and Alan Velvett have each admitted to forcing three underage victims into the sex-work industry in February 2021. One of the victims was also coerced into having sex with both pimps.

Winslow, 28, of Coaldale, PA; and Velvett, 29, of Jamaica, each pleaded guilty last week to three counts of sex trafficking of a child and one count of rape in the first degree. The Hon. Peter Vallone, Jr. has indicated that he will sentence both defendants on Jan. 12 to 10 years in prison, to be followed by 10 years’ post-release supervision. Winslow and Velvett will also be required to register as sex offenders upon release.

Quinta Inn on Queens Boulevard. The defendants took nude photos of the youngsters and posted the images online, stating that the girls were “for sale.” One of the teenagers had sex with a stranger and the defendants kept every dollar from the exchange. 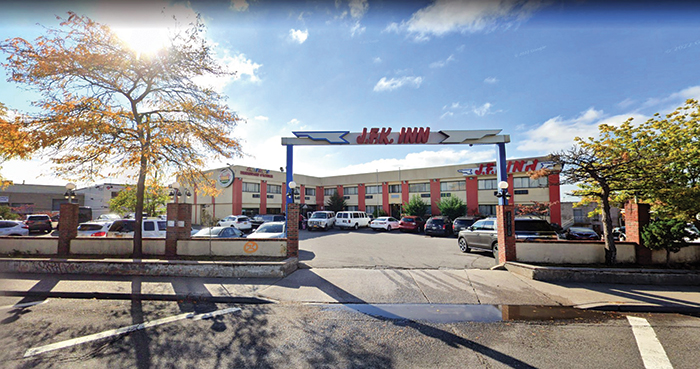 Photo Courtesy of Google
A 15-year-old victim was relocated to the JFK Inn, where she was forced to have sex with Velvett, followed by another string of strangers, according to the charges.

DA Katz said that same week, Winslow and Velvett met a 15-year-old victim at the same La Quinta Inn where she was told she would engage in sex for cash. Winslow took semi-nude photos of the child and posted them as online advertisements. The victim was then forced to have sex with Winslow, followed by a string of strangers. Every dollar from those proceeds was pocketed by both defendants.

Afterwards, the victim was relocated to the JFK Inn, where she was forced to have sex with Velvett, followed by another string of strangers. All the proceeds from the exchange with strangers were kept by the defendants.

The teenager was rescued when an undercover police officer responded to the online ad and met with the girl in person at one of the hotel rooms. Velvett was arrested after arriving in the room. Winslow was arrested after being found in the second hotel room across the hall.

District Attorney Katz said: “I created the Human Trafficking Bureau to remove the most unscrupulous and callous predators from our communities and we will continue to be relentless in this mission. In pleading guilty, these defendants admitted responsibility and now face serious prison time.”