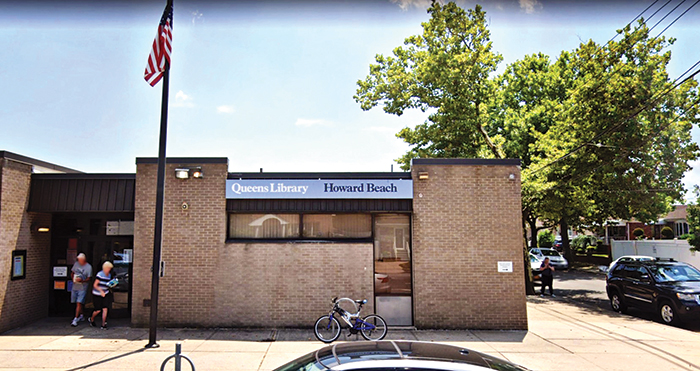 Mayor Eric Adams was ripped for his budget modification financial plan for Fiscal Year 2023, which includes:

“The librarians at CUNY stand in solidarity with New York City’s public libraries against the mayor’s proposed austerity budget cuts. These cuts total $33 million over the next two years and will force public libraries to cut hours, staffing, and services directly impacting the people of New York City,” Frans Albarillo, librarian at Brooklyn College; Mariana Regalado, chairwoman, PSC-CUNY Library Faculty Committee, librarian at Brooklyn College; and Ian Mcdermott, librarian at LaGuardia Community College wrote in a joint statement. “Cutting funding to New York City public libraries means cutting essential services, including critical access to the internet for the many who don’t have access at home, after-school tutoring, small business services, children’s books, and storytime, English language instruction, passport services, immigration services, and IDNYC services to our many working-class families. CUNY Librarians stand with our public library colleagues in opposing cuts to library budgets. An investment in public libraries is an investment in our communities, our small businesses, our public organizations, our working-class families, and children: all the things that enrich city life and represent the city’s future.”

According to Queens Borough Public Library’s public testimony, the system will need $270 million over the next 10 years in order to bring all of its branches into a state of good repair. In addition, it will need operating funds to support staffing levels, hire security guards, fund afterschool programming, and purchase new materials and software.

“I am a firm believer that libraries are for everyone! The public library is a resource center for many diverse populations in the city, from providing Braille and recorded books to readers with visuals impairments to resource guides for formerly incarcerated New Yorkers,” said public library page member Ru Sosa. “Please make no mistake: Cutting funds from our public libraries curtails New Yorkers’ access to success. I speak for thousands of young New Yorkers when I say we reject Mayor Eric Adams’s plan to cut funding to our libraries. We call on our elected officials to stop this indefensible plan. I’m proud to stand here supporting our libraries and everyone living with a disability whose life has been enriched by our public libraries.”

“We call on the City Council to fight this budget tooth and nail, and are speaking out against City Hall’s proposal to slash millions of dollars from the New York, Queens and Brooklyn [library systems]” added student advocate Damien Andrade. “Libraries provide a safe place for New Yorkers to do homework, read their favorite books, and access printers and WiFi. If our City Council members back this budget, our libraries will have to cut their hours, staff, and educational programs. We as New Yorkers depend on this safe place to help receive resources that we might not be able to access at home.”