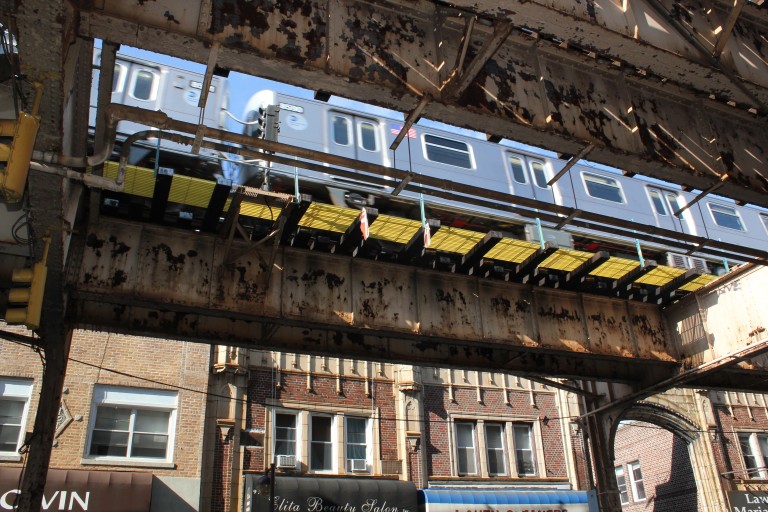 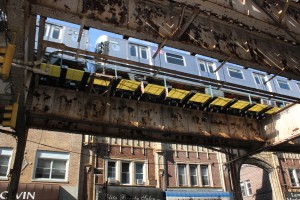 The eyesore hanging over Jamaica Avenue in Woodhaven will finally get a much-needed scrub down as work begins this Saturday.

The elevated tracks that carry the J line has been deteriorating for years—chipped paint and rust are scattered throughout the structure and there have been reports of metal bolts and black tar falling on the roadway below. For years, community activists and local elected officials have been asking the Metropolitan Transportation Authority for renovations.

The cosmetic repairs won’t start immediately, as the MTA is focusing on structural damage.

The MTA said starting this Saturday, March 26, from 3:30 a.m. to 10 p.m. J train service is suspended between Jamaica Center and Crescent Street for track panel installation at Woodhaven Boulevard and switch rehabilitation north of 121st Street. The same delays are expected for the next three weekends while work continues.

As the summer progresses, 12 more weekends of work are scheduled as structural rehabilitation is performed at Woodhaven Boulevard.

According to the Woodhaven Residents Block Association, the work will require various crane operations throughout Jamaica Avenue, which will result in street closures and parking restrictions for at least the next eight weekends.

“You will have some inconveniences, but it will result in a better train service,” Crowley told residents at WRBA’s meeting last Saturday.