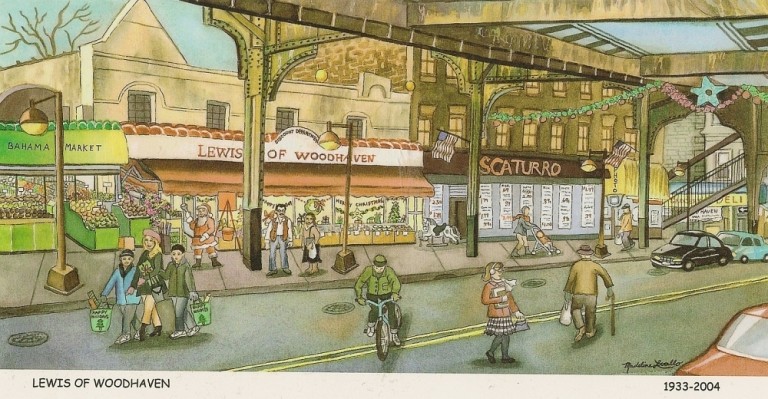 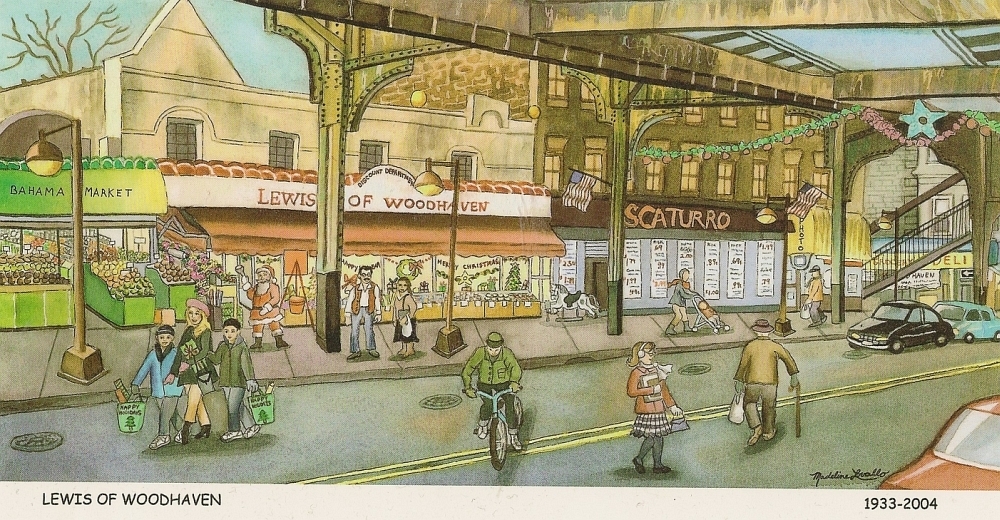 For nearly 18 months the sparsely used easel sat near an office window until Woodhaven artist Jose Moya came into the office in February to make a complaint. After noticing the easel, Moya asked after the owner, and later brought Wendell photos of his own Woodhaven-inspired paintings. Wendell and Moya’s discussions about art in the community planted a seed—a free art show in the neighborhood.

“Meeting after meeting we get complaints and I don’t want us to be seen as a group that only deals with negative things,” Wendell said. “We want to encourage arts in our community and it’s another way to build bridges and get to know people. When people come in they’re going to learn a little about us, and hopefully get involved.”

Both Wendell, president of the WRBA, and Moya, who began painting after he retired, will exhibit their work for the first time at the Woodhaven show. Over the past month, Wendell has also been recruiting more artists. Madeline Lovallo, a prolific oil and watercolor artist sometimes inspired by Woodhaven’s picturesque charm, will show a few pieces; her work has been printed as a postcard sold on Jamaica Avenue and adorns the walls of Councilmember Eric Ulrich’s office. Woodhaven raised Gigi Chen—whose hoards of floppy cartoon bunnies earned her a spot as an up-and-coming artist in the 2005 documentary series ARTSTAR—will show as well.

Jerry Murphy, a Woodhaven artist, has also signed up to exhibit his work.

Murphy, a white-haired former draftsman—“we used pencils and paper to design nuclear plants and submarines and paper mills, anything you could imagine in New York,” he said in an online mini-documentary—retired from engineering in 1999. Since then, he’s been a full time artist. He shows often, “whenever I can get in.” He recently joined Gleason’s Gym (where boxing meets fine art) at the DUMBO Arts Festival and displayed photos of boxers.

Wendell was out with his wife, Josephine—also showing art Thursday—when he saw Beaver Tattoo, an all-girl tattoo shop at 94-02 Jamaica Avenue. His first thought was that he should invite the girls to join the show. Serendipitously, they reached him first through Facebook; all six girls from the shop will exhibit art—paintings, sketches and photography.

“This is the first time any of us are doing an art show, so we don’t really know what to expect,” said Natalia Liaszkiewiez, who opened Beaver Tattoo two years ago. The shop doesn’t have any of the employees’ personal artwork hanging on the walls (though one wall is painted with a classic Japanese art inspired mural), but Liaszkiewiez said they spend a lot of their time between clients sketching; it is, after all, a tattoo shop.

As the art show grew, so did the eclectic selection of artists. Wendell said he is happy everyone can represent Woodhaven, for the most part.

One artist, a resident of Bayside, convinced Wendell to let her show because her grandfather once worked in Woodhaven. “How can I turn an artist down? I told her we’ll make her an honorary resident of Woodhaven for the day,” Wendell said.

The Woodhaven art show—featuring more than a dozen artists—will be held March 31 from 1 p.m. to 8 p.m. at the Emanuel Church of Christ, 93-12 91st Avenue.

Wendell was calling one of the artists last week. She had asked what time she should show up to the Emanuel Church of Christ. A woman answered the phone and he gave his name. The woman asked how it was spelled and who his father was.

Wendell listened as the woman told him stories about his father—whom she had known for many years. After about 30 minutes, Wendell, smiling, thanked her, and again asked after the artist.

“I don’t know her,” the woman told Wendell. Turns out, he had dialed the wrong number.