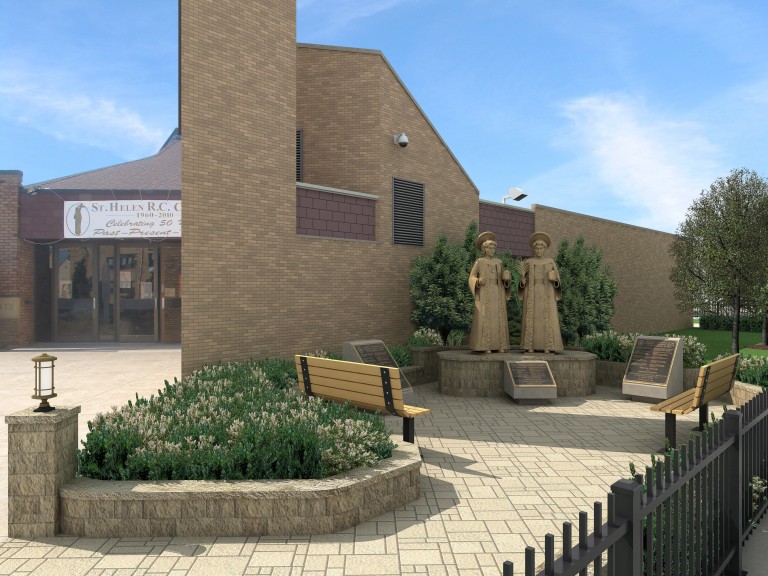 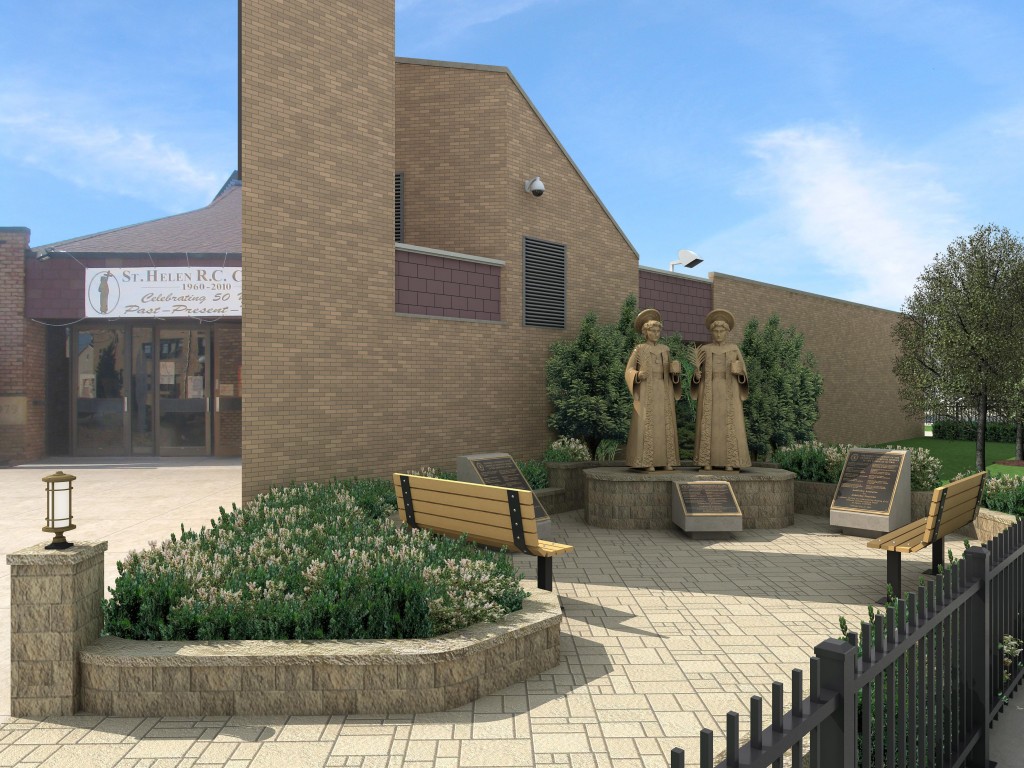 The International Society of SS. Cosma & Damiano announced plans at their annual dinner last week to build an outdoor shrine at St. Helen’s in Howard Beach. For the organization, dedicated to fundraising for charities that help children—especially those with life-threatening illness—the shrine symbolizes the culmination of lifelong dreams and a rich history of achievement.

Joseph DeCandia Sr. founded the Society in 1978 because of his belief in and devotion to Saints Cosma and Damiano. To help spread the word about the twin brothers who were doctors, he brought life-sized hand carved wooden statues from Italy and vowed to bring them to each of the local churches where he lived and worked. The shrine to be constructed at St. Helen’s is the third and last of the sites DeCandia sought to bring the saints to.

Thirty-three years after its formation, Joseph DeCandia Jr. is still carrying on the work his father began with the Society. “This is very meaningful to us on a number of different levels,” an emotional DeCandia told The Forum. “It represents my father’s dream being fulfilled and is a sign of the great work that has been carried out in his footsteps.”

Since the Society became a nonprofit organization in 1990, they have given $1.5 million to charity.

Having put the first set of saints at Our Lady of Grace in Howard Beach and a second at Nativity B.V.M. in Ozone Park, securing the location at St. Helen’s was of critical importance. Although details had been discussed, plans to bring the saints to St. Helen’s had not worked out in past attempts.

But things changed when the organizations leaders met with St. Helen’s pastor, Monsignor Alfred LoPinto. “The board of directors approached me and we met to discuss possibilities. We even spoke about putting the saints inside the church,” LoPinto said. “However, since the interior space did not really lend itself to that, we chose the perfect spot right outside of the entrance.” He added that as soon as both sides ended their discussion they began the work.

Plans were drawn by architect and the society’s secretary, John Calcagnile, and research began to find someone to build the statues. Thanks to the help of long-time member Cavalier Joseph Meccariello, a firm outside of Naples, Italy was commissioned to produce life-size bronzed images of Saints Cosma and Damiano.

With the statues scheduled to arrive in New York by the middle of April, construction and landscaping for the shrine will begin “as soon as the weather gets nice enough,” LoPinto said.

It is the hope of the St. Helen’s community that the shrine will be built and ready to coincide with the festivities of their golden jubilee near the end of June.

“There are people living in St. Helens that are involved in Cosma & Damiano—it’s another strong statement of how connected the Society and the church are to each other,” LoPinto said. “The work that this group involves themselves in is wonderful work; they are champions for juvenile diabetes and other organizations to help children in need. The Society is carrying out the traditions of these two brother saints who were doctors. And in that tradition they have done so much to come to the aid of children so deserving of their help.”

For further information about donation or sponsorship opportunities contact the International Society of SS. Cosma & Damiano at 718-835-2224 or by e-mail at sscosmandamiano@aol.com