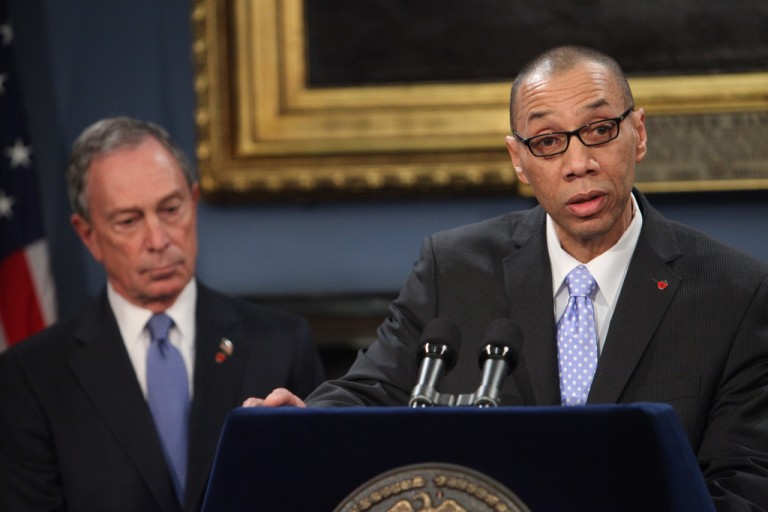 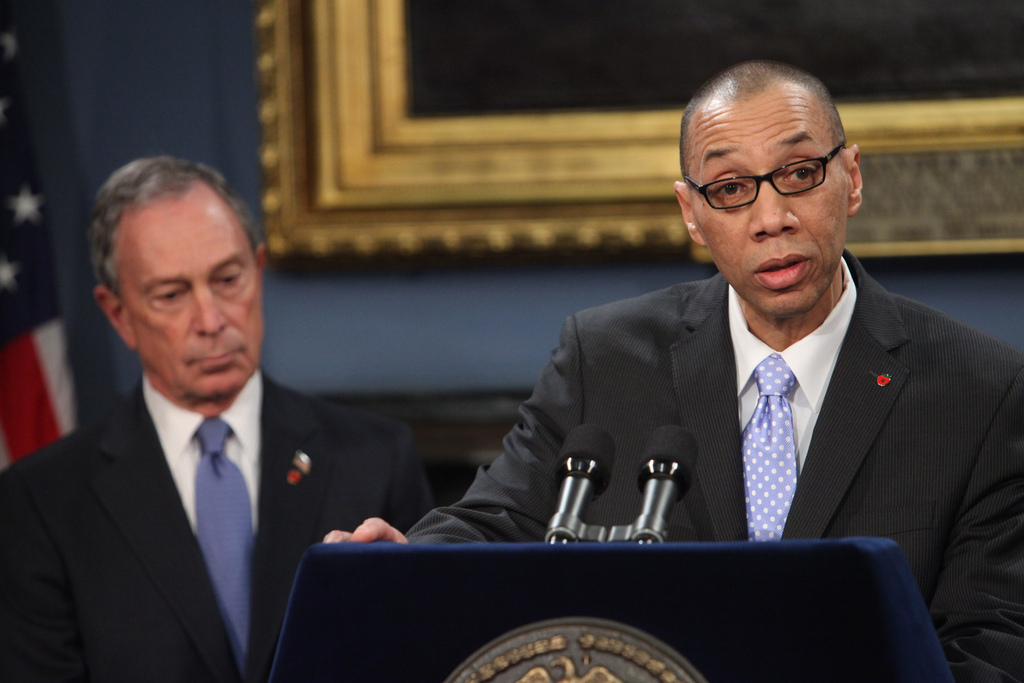 In a third term rife with criticism, Mayor Michael Bloomberg rectified one of the public’s biggest complaints—Schools Chancellor Cathie Black.

On April 7, Bloomberg announced that Deputy Mayor Dennis Walcott, a southeast Queens native and former educator, would be taking the reins as Chancellor of New York City Public Schools. For many, the succession came just as abruptly and unexpectedly as Black’s appointment less than five months earlier.

“I have nothing but respect and admiration for [Black], but we both agree it is in the city’s best interest if she steps down as Chancellor,” Bloomberg said.

Bloomberg added that he and Black agreed that in her 93 days as Chancellor, the story had become about her instead of the children, “as it should be.”

After her appointment in November, Black came under criticism for lacking experience (her background is in publishing, not education) and later alienated parents and staff with off-the-cuff comments. In January, she quipped that birth control would help solve overcrowding in schools, and later mocked a crowd of parents at a meeting about school closures in Brooklyn.

There was also speculation that the department wasn’t making the grade—several key members of Black’s team skipped out, including Deputy Chancellor John White, who will become superintendent of the Recovery School District in New Orleans this fall. White was the fourth deputy chancellor to leave since Black’s appointment.

At the press conference, Bloomberg emphasized that he would not answer questions about Black’s brief time as Chancellor, and repeatedly said that it was important to look forward.

Bloomberg praised Walcott for his experience, noting his master’s degrees in Education and Social Service—Black had only a bachelor’s degree—his two-year stint as a kindergarten teacher in Queens and his 12 years at the New York Urban League.

When asked at the press conference why Bloomberg didn’t choose Walcott in November, the Mayor answered simply, “Because I picked someone else.”

Meanwhile, in another surprise departure, New York State Education Commissioner David Steiner, who approved a waiver for Black to become Chancellor, also announced his resignation. Unlike Black, Steiner will stay on through the end of the school year.

Walcott, like Black, will need a waiver, but it is expected to be less controversial—whereas Black had no experience in education and lacked a master’s degree, Walcott is just one year shy of the required three years of teaching experience.

Community Board 9 Education Committee member Nick Comaianni said the jury is still out on Walcott. “You need a lot more years in education to know about education,” he said.

Nevertheless, Comaianni did compare recent meetings, one with Black and one with Walcott. “She had no answers whatsoever; we almost felt bad because she couldn’t answer any of our questions,” he said. “[Walcott] was very open, but he’s a politician—he says what you want to hear.”

Dmytro Fedkowskyj, Queens representative on the Panel for Education Policy said he welcomes the change in leadership. He stressed that there is a lot of work to accomplish between now and the end of the year.

“The school system has mountains to climb by June and time is running out,” Fedkowskyj said. “I look forward to working with our newly appointed Schools Chancellor and will continue to press upon him and the DOE for a plan that meets the needs of every student, while safeguarding student interests in Queens and throughout NYC.”

“Waiting until June [for a plan] will cause student and teacher turnover come September [and] breakup the continuity of learning in many of our schools,” he said.

Councilman Eric Ulrich (R-Ozone Park) said he is cautiously optimistic about the appointment.

“We know that he’s been involved, we’ve worked with him for a while,” he said. “He’s certainly more accessible than some people say the last two Chancellors have been.”

“It’s a step in the right direction,” he added.

Bloomberg said Walcott would continue to act as Deputy Mayor overseeing Education until he receives a waiver from the state.

Walcott, whose family has four generations of public school students, said he is eager to begin work as Chancellor.

“I want to thank Mayor Bloomberg for this opportunity to serve New York City’s 1.1 million school children,” Walcott said. “I am determined to ensure that we deliver what our parents expect and deserve—a higher quality education.”

Black did not attend the press conference on April 7.

Walcott said he would continue to visit schools as expected. He’s scheduled to make waffles for the students of Brooklyn’s PS 10 on Friday morning.