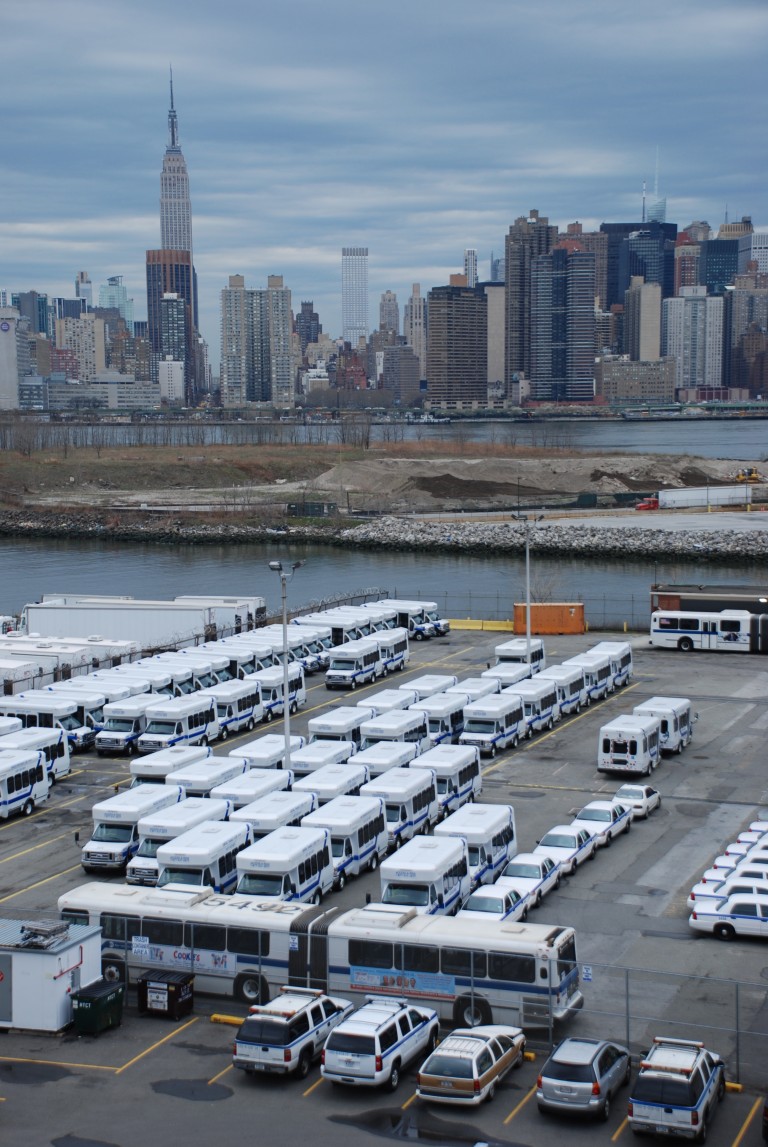 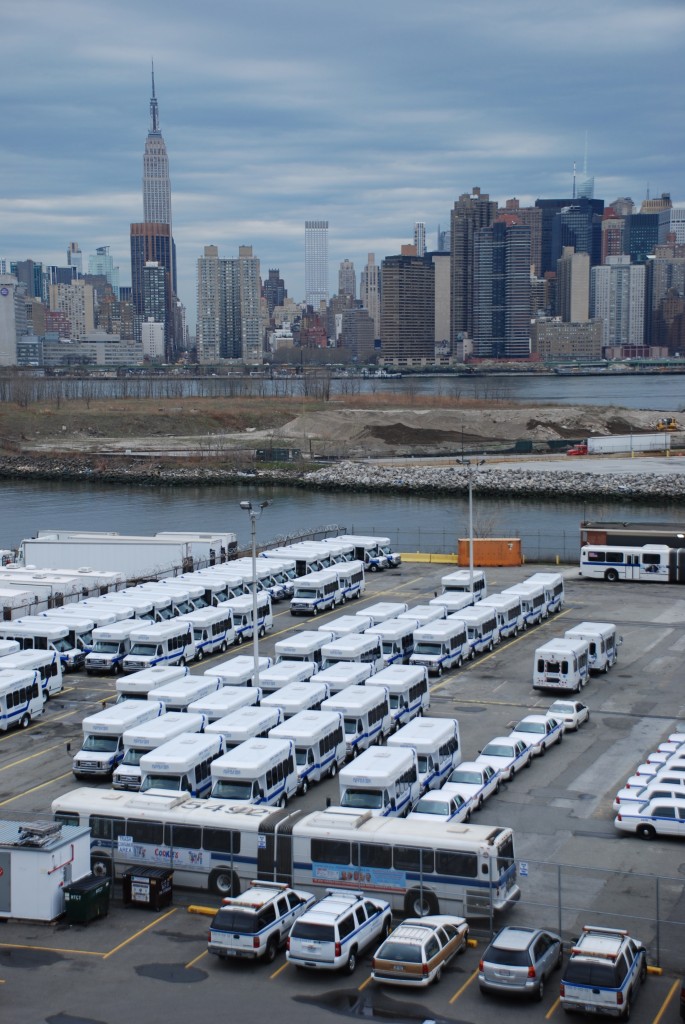 Despite overwhelming community protest, the Metropolitan Transportation Authority (MTA) has announced it is moving forward with a plan to relocate an Access-a-Ride facility to Maspeth from Greenpoint, Brooklyn.

When Greenpoint was rezoned in 2005, the city promised residents a waterfront park at 65 Commercial Street—presently occupied by the MTA. Since the decision, Greenpoint activists have been pushing the city and the MTA to honor their promise and vacate the site.

One possible location was on 49th Street in west Maspeth, much to residents’ chagrin. Maspeth is already the center of many city facilities and has ongoing issues with traffic.

After a month of speculation, the MTA has agreed the site in Maspeth would be an adequate location.

“After investigating more than ten locations proposed by the City, Transit now believes, based upon a change in its proposed use at a new site, that the property situated on 49th Avenue [sic] in Maspeth, Queens would meet its needs,” Walder wrote to Deputy Mayor Robert Steel on April 6.

Another portion of the Greenpoint facility, which serves as an emergency response unit for MTA vehicles, would be moved to a location underneath the Williamsburg Bridge, Walder said.

Greenpoint Councilman Stephen Levin applauded the move and said it was an important step toward finally getting Greenpoint a waterfront park, but the Maspeth community was not pleased with the latest developments.

According to MTA spokesman Aaron Donovan, the MTA is moving forward with the city to conduct a feasibility study and does not foresee any problems that would stall a potential move. The new site would store 150 vehicles, and Donovan stressed the facility would not act as a depot—vehicles would only enter and leave the facility when being phased in or out of regular fleet service. The MTA also intends to construct a small building at the location for training drivers and other personnel.

The announcement comes after more than a month of challenges from local officials and community groups. 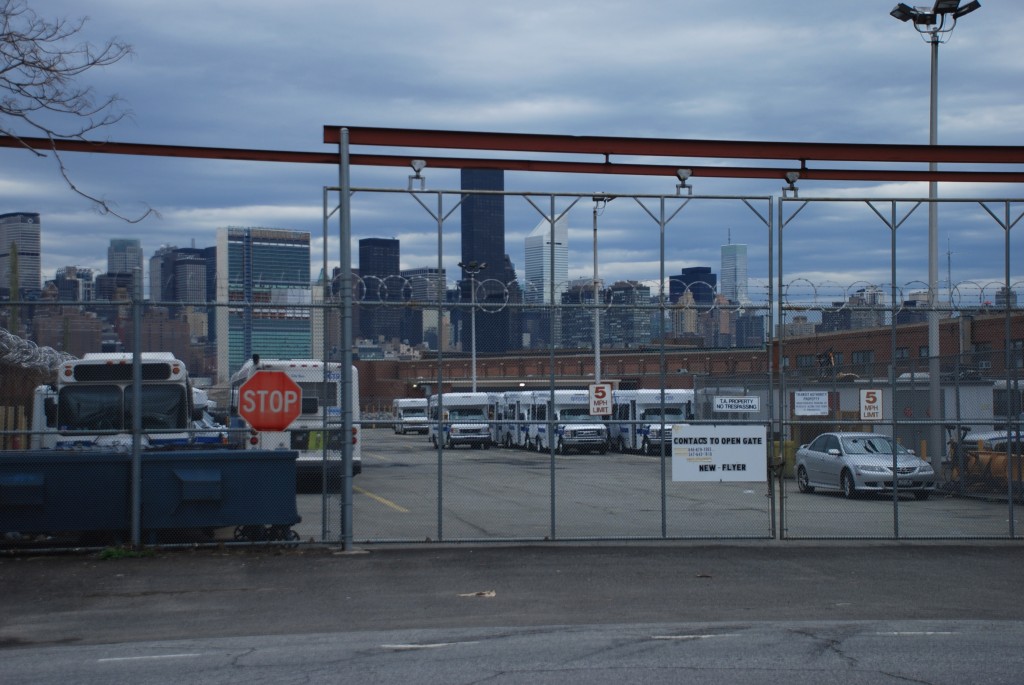 “The MTA has two existing depots in Maspeth that add to the pollution and traffic problem. Moreover, the community is overwhelmed with illegal truck traffic and conventional truck traffic because of a large industrial zone adjacent to the area. Another MTA depot would only exacerbate the current health and traffic problem this community already faces,” Van Bramer wrote.

Further, Ginaris wrote to MTA Chairman and CEO Jay Walder to object to the decision: “This is a completely unacceptable situation that indicates the MTA is favoring one New York City neighborhood, located in Brooklyn, over another in Queens.”

In a separate letter, State Senator Joe Addabbo (D-Howard Beach) echoed similar concerns to Walder: “Placing this bus depot in Maspeth without public input or notification would be unfair to my constituents. Therefore, I respectfully request that the depot be moved to an alternate site and the MTA allow for a transparent process while informing the community of this ongoing development.”

Finally, Van Bramer organized a rally at the proposed site on March 4. “Maspeth cannot and will not be a dumping ground for MTA depots,” Van Bramer said. “The attempt by the city and the MTA to consider this location without taking into consideration the environmental impact to the area or the community’s input is troubling.”

Despite the MTA’s decision, the area’s elected officials are continuing their fight to keep the MTA out of Maspeth.

“We are deeply disappointed that the MTA has changed its mind and has now said the Maspeth site is ‘suitable’ for their Access-a-Ride garage/depot,” Van Bramer said in a statement.

Under the current agreement between the MTA and the city, the feasibility study, remediation and building of the new site would be paid for by the city. Van Bramer questioned where the funds would come from, and if it was the best use of resources for the city.

“Any move to build a depot in Maspeth would take millions of tax payer dollars to accomplish and it would be a disgrace for this city to take this funding away from our senior centers, libraries and schools to fund this irresponsible relocation,” Van Bramer said.

“This is far from over. We have just begun to fight,” Van Bramer continued.