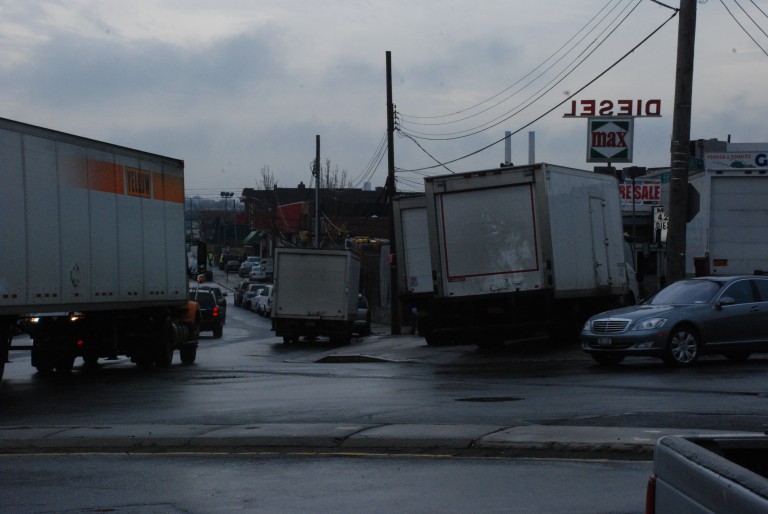 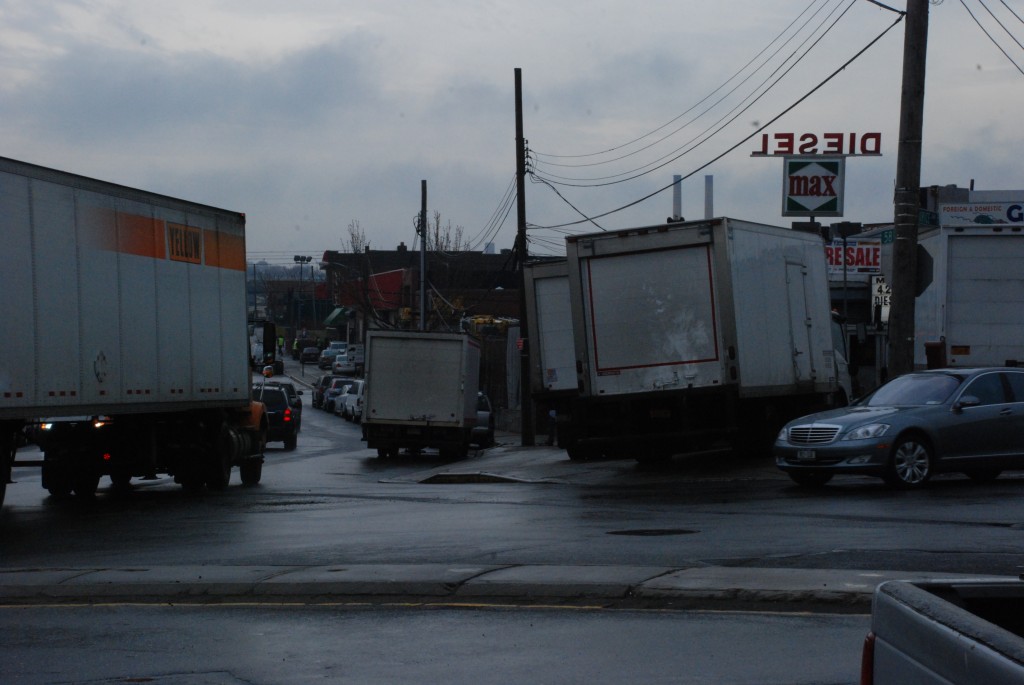 A revised version of street changes in Maspeth—part of the Maspeth Truck Bypass Plan—was approved on Tuesday by Community Board 5’s Transportation Committee. It will now go before the full board.

The new Department of Transportation (DOT) plan will make a stretch of Maurice Avenue one-way northbound and 58th Street one-way southbound, while keeping Maspeth Avenue, originally proposed as a one-way eastbound street, as a two-way street. Additionally, 59th Street, 56th Drive and 56th Avenue are all proposed as opposing one-way streets—they would be split at various intersections to prevent trucks from using them as throughways.

“I think the plan takes care of a lot of issues,” said Roland Belay, CB5 member and lead civil engineer with Downtown Design Partnership. “But once this is implemented drivers and truckers are going to find a way to do what they want to do.”

The changes to the plan were made following several meetings with community groups and businesses, as well as meeting with the CB5 committee. While most issues are addressed by the plan, Director of DOT Office of Freight Mobility Stacy Hodge said there were still some issues to be worked out that the plan doesn’t address.

The biggest problem area is the five-way intersection at Maurice and Maspeth avenues, which will have various traffic calming measures installed and turn options limited. Several of the issues raised at the meetings were beyond the DOT’s scope, Hodge said.

Residents at a recent Communities of Maspeth and Elmhurst Together (COMET) presentation on the bypass had asked that Maspeth Avenue be made a one-way street westbound because of trucks using the street as a short cut. Speeding drivers and trucks using side streets, like 56th Drive, to avoid traffic on the main avenues was also a major concern.

DOT Assistant Commissioner Tom Maguire, gesturing toward a map taped on the wall of the CB5 offices, said there are some problems the DOT can’t fix.

“There’s a limit to what we can do with engineering,” he said. “There’s an enforcement issue to this, but we’re throwing everything we have at this.”

Maura McCarthy, DOT Queens Borough Commissioner, asked that the plan be presented at CB5’s next general meeting and said minor changes will be made before then. “I don’t want to bypass you, but I’d like to go to the full board,” she said.

The committee did request one minor change. A series of miscalculated one-way junctions on 60th Street between 56th Drive and 56th Avenue created a black hole for residents like Al Arpino, vice president of COMET. Under the DOT’s plan, Arpino would be able to leave his house, but would have to circle his way back through numerous one-way street to return home.

Maguire, after studying the map, made a note to move the junction one block east.

In other business, the Transportation Committee voted against changing Nurge Avenue to a one –way street between 56th Street and 54th Place, to prevent illegal turns the through street is misaligned.

The board also declined to remove parking on Mt Olivet Cresent, because they expected the removal of parking would only cause speeders to drive faster on the clear street. Daylight no parking restrictions were recommended on both streets at intersections.

See the most recent DOT presentation