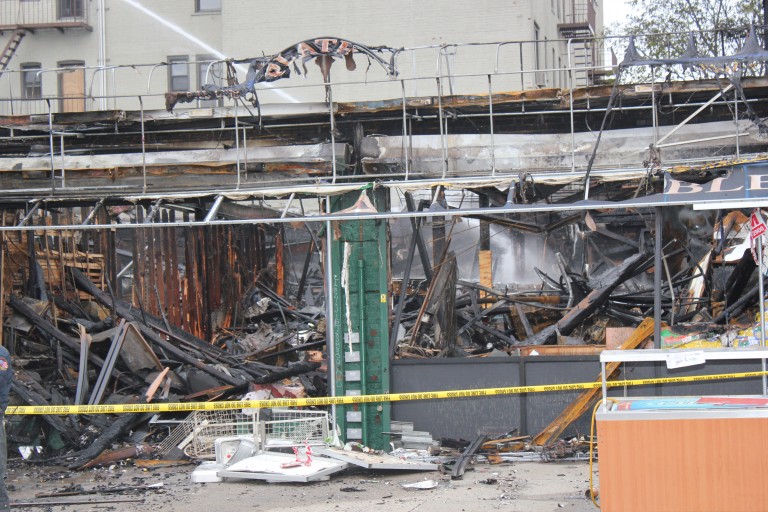 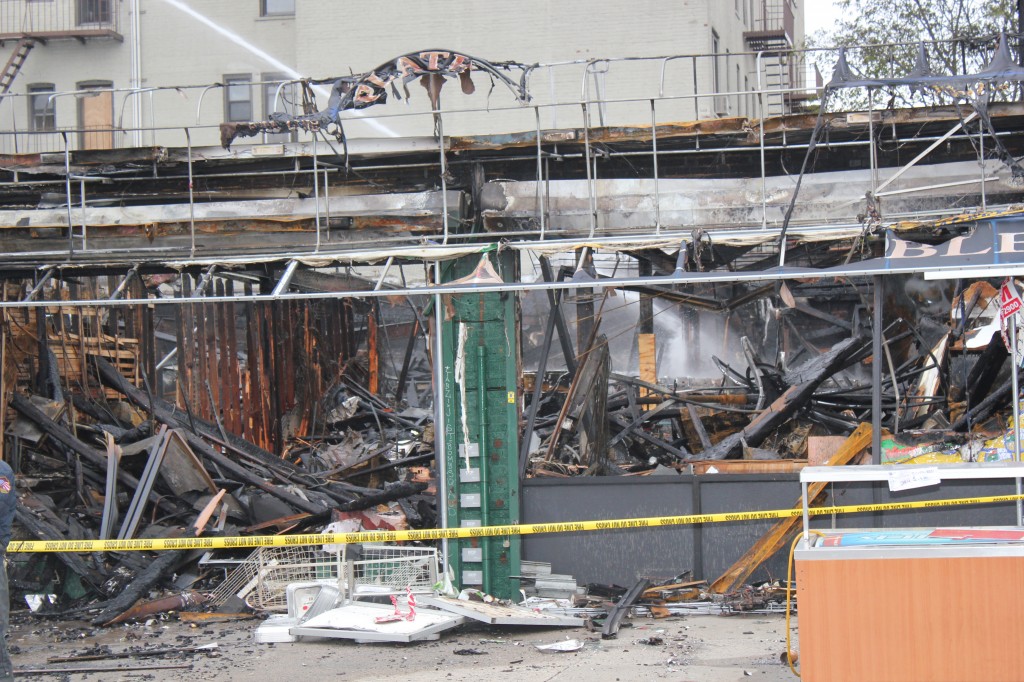 A cultural institution in Maspeth was destroyed in a fire early Monday morning.

O’Neill’s bar and restaurant, at 64-21 53rd Drive, has been serving the neighborhood for more than 83 years. According to FDNY officials, the blaze started shortly after midnight in O’Neill’s basement kitchen when a fryer overheated and caused a flash fire.

Firefighters brought the blaze under control around 4 a.m., but were still at the scene Monday afternoon to ensure the fire did not restart as local residents looked on.

There were no civilian injuries, but 13 firefighters suffered minor injuries—mostly due to smoke inhalation. 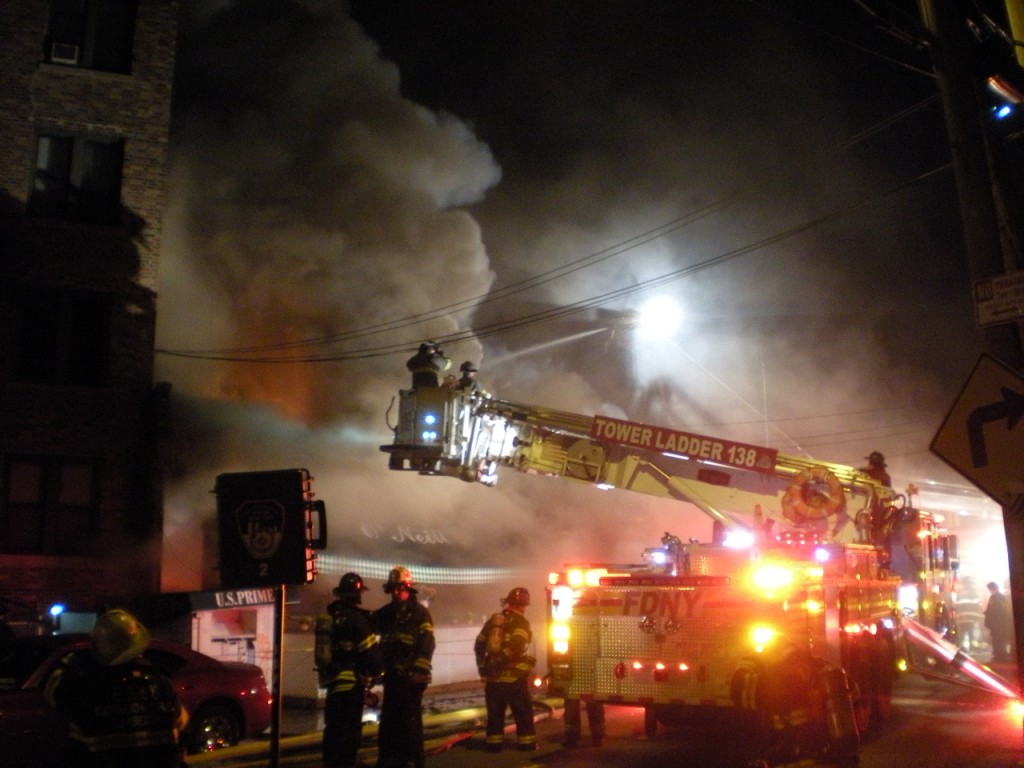 The grocery store located next door also suffered a total loss. The nearby Laundromat and pizzeria suffered extensive water damage, and the apartment complex behind O’Neill’s had to be evacuated.

O’Neill’s was opened in 1928 by current owner George O’Neill’s father. Since then, it has been a favorite hotspot for Maspeth residents and populated by sports stars and celebrities. O’Neill has fondly recalled that after the New York Mets won the World Series in 1986, the team celebrated at his restaurant.

O’Neill could not be immediately reached for comment, but on the restaurant’s Facebook page, they thanked patrons for their support.

“O’Neill’s would like to thank everyone for their kind words and support, now and throughout all the years we have been here,” the message states. “Although we are very sad about what happened, we are looking forward to coming back bigger and better than before.”