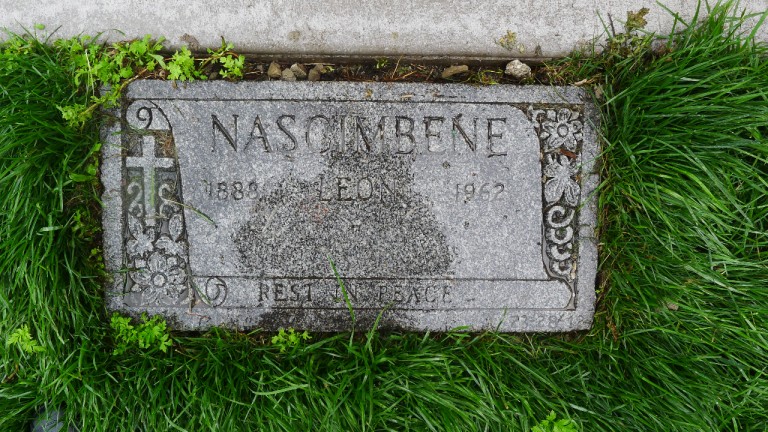 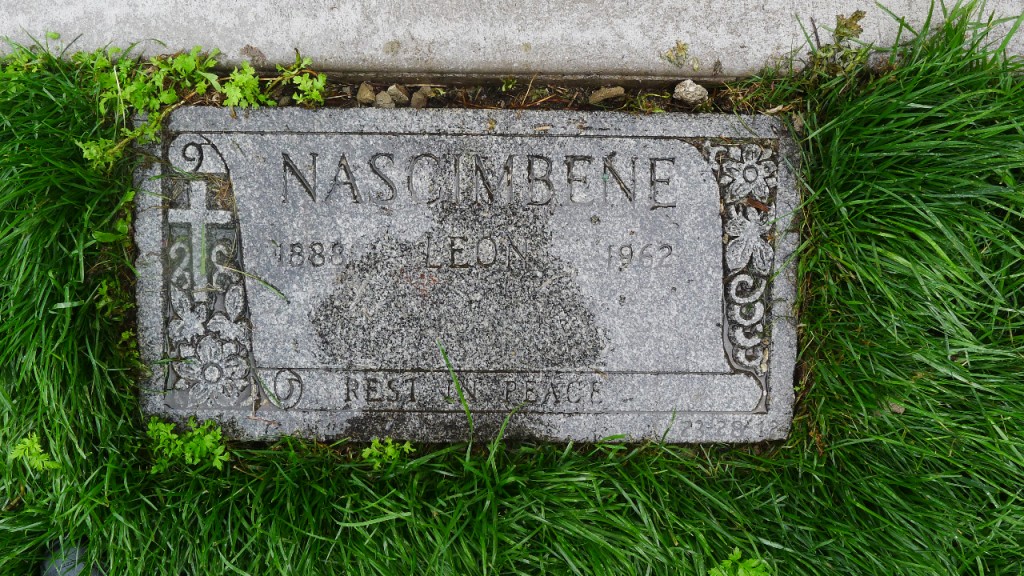 On September 12, 1912, Leon Nascimbene arrived in New York City onboard the Kaiserin Auguste Victoria, a passenger ship sailing from Cherbourg, France under the operation of The Hamburg American Line.

Nascimbene, born in 1888 in Milano, Italy, spent eight years in New York City before becoming a U.S. citizen on March 2, 1920. His wife, Marussia, also from northern Italy, earned her citizenship shortly after.

The two lived for a time at 500 West 215th Street in Manhattan with their daughter Helen. After they had a son, Leon Jr., in 1923, the family moved to Jackson Heights, where the couple spent the majority of their lives together. Nascimbene owned a restaurant around the same time, La l’apertif at 5 East 55th Street, which closed down just before World War II began. By the time he filled out his draft card, at the age of 54, Nascimbene was working at the Waldorf Astoria.

Last week, when the Elmhurst Park opened at the former site of the Brooklyn Union Gas company at Grand Avenue and 74th street, Parks officials alerted Ivan Mossop Jr., a Communities of Maspeth and Elmhurst Together (COMET) member about something peculiar at the park: a tombstone bearing the name Leon Nascimbene. Mossop told the civic members, which included Christina Wilkinson, president of the Newtown Historical Society who took pictures and sent them out to local media.

The Brooklyn Union site, developed in 1895, closed down in the 1990s when the massive gas tanks on the lot were dismantled. When civic leaders Bob Holden, Tony Nunziato and Manny Caruana learned that the property owner at the time, Keyspan, was shopping the six- and a-half-acre property for development, they threw out what at the time was viewed as a crazy idea: build a park instead of a Home Depot or other large store.

Holden worked out a deal with Keyspan to hold off a sale until December 2003, but that July Holden received a call from Joe Mattone of the Mattone group. He had worked out a deal with Keyspan and was told he could break ground, with Holden’s permission. Holden said he would have to wait to see if the local politicians could collect funding to buy the property for the city.

“[Mattone] told me, ‘They’re not going to get the money, I want to get a shovel in the ground,’” Holden said.

In 2003, Mayor Michael Bloomberg, who sided with community activists because, Holden said, he was worried about his reelection, brokered a deal with Keyspan that allowed the city to acquire the property for only $1.

Al Blanke, a former Elmhurst Gas Tank Commander who worked at the site from 1960 to 1994, when the gas tanks were dismantled, said that he was certain no one was buried on the lot.

“We used to find a lot of things,” Blanke said. “They used to throw everything over the fences: mattresses, furniture, medical waste. But I never saw a tombstone.”

In 2005, the property was turned over to the city. When city officials visited the site, they noticed a tombstone, said city Parks Department Spokeswoman Patricia Bertuccio. The department made unsuccessful attempts to locate the family, and the tombstone has rested along the edge of the park house, where a contractor working on the park installed it.

Nascimbene’s son, Leon Jr., 88, currently lives in Coatesville, Indiana. A retired doctor, he hasn’t been back to his father’s grave in more than 20 years. He hasn’t lived in New York in decades.

Leon Jr. said he remembered his father traveled a lot toward the end of his life, and may have opened a popular club in South Carolina. “At that point I was getting married, having kids and going to Medical School,” he said. “There was so much going on.”

Leon Jr.’s son, Paul Nascimbene, a Paleoentomological Research Assistant at the New York Museum of Natural History who studies fossilized insects, said he hadn’t even know which graveyard his grandfather was buried in. Interested in history and genealogy, Paul said he was thrilled about the discovery of the gravestone and remembers spending time with his grandfather at their winter home in Florida. Paul was still in elementary school when Nascimbene passed away.

“I always wanted to learn more, it’s so unexpected that it would happen like this,” he said. “My grandfather lived a very interesting life, and this tombstone is a bit of a mystery.”

A little over four miles east of the park, in Kew Gardens, on the other side of the Elmhurst Park from where Leon Nascimbene lived, is another grave marker with his name, on the eastern side of Maple Grove Cemetery, off Queens Boulevard.

Maple Grove cemetery is built on a plot of land that moves from hillsides to flat land. It’s a timeline of burial styles. The hilly Victorian section in the northwest, plotted in 1875, is full of obelisks, stones of all sizes and mausoleums. To the south are the even rows of the 1920s, with uniform stones nearly all three feet high and four feet wide. The 1940s brought bulging markers, rounded but lying on the ground. In the 60s—when the cemetery spread to the flat land along the Van Wyck Expressway—all the markers were bronze plaques, so flush with the ground that lawn mowers can graze right across them.

According to the cemetery’s records, Nascimbene’s wife Marussia bought the plot six years after his death. At the time, she was living in Jackson Heights. Nascimbene was moved from Gates of Heaven Cemetery in Mt. Pleasant, New York on December 9, 1968.

Harry Appleby, Maple Grove’s superintendent, said that when people are moved from another cemetery, if their original stone doesn’t fit the landscaping, it isn’t used.

“Sometimes we store them and use them for granite, or we can sandblast them and put a new name on them,” he said. “That stone became scrap, and where it went after he was moved here, I don’t know.”

In 1988, Marussia passed away at the age of 102. Her daughter Helen was still living in New York then, and made the arrangements with Maple Grove. Leon Jr. returned from Indiana to help scatter Marussia’s ashes on their father’s grave, over a bronze plaque with both their names. It was the last time he visited.

In 1995, Helen passed away at the age of 81. She was living in San Diego. Leon Jr. said she was the one that took care of their parents, and kept track of the family history.

“I’m sure if my sister were still alive, she would have the answers,” he said.

As for the four decades the tombstone spent as scrap—not all mysteries can be unearthed.

Update: A previous version of this story made it appear that Christina Wilkinson found the headstone at Elmhurst Park. She was actually alerted by Ivan Mossop and the mysterious headstone was discussed at COMET’s monthly meeting on Monday, May 2.