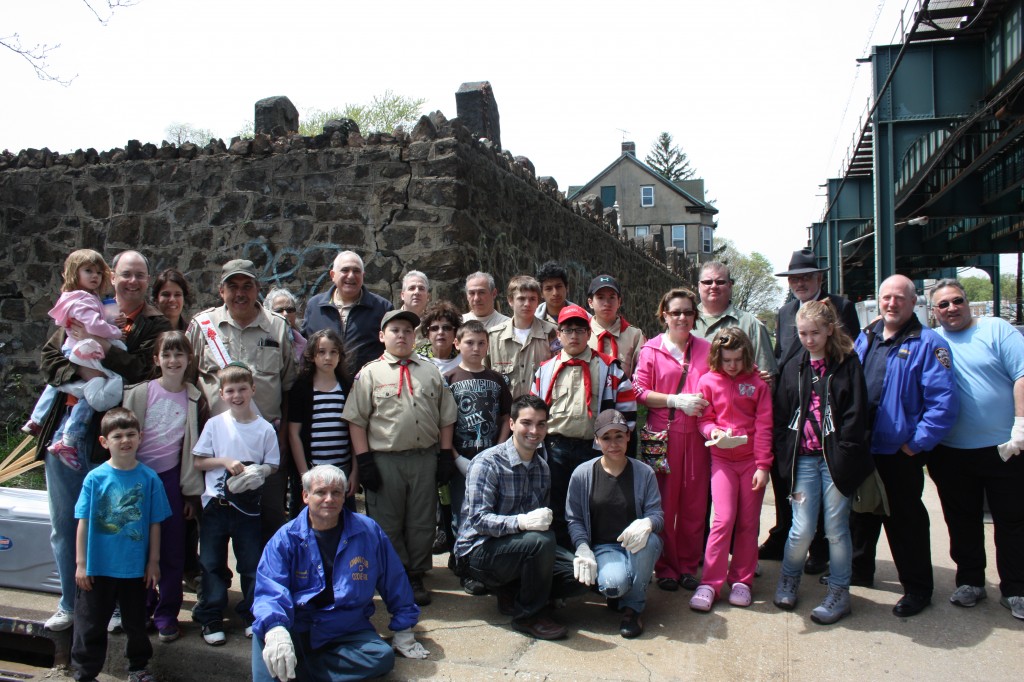 About 40 people including neighborhood residents, Boy Scouts, community activists and Councilman Eric Ulrich and his staff, armed with more than 30 rakes and boxes of garbage bags, took about three hours to transform the area surrounding the Bayside Cemetery from a garbage strewn property with graffiti covering its walls, to something befitting the sacred and hallowed ground the cemetery sits on.

Councilmember Ulrich was quick to recognize several different groups that were instrumental in bringing the cleanup to fruition. The DSNY, 106th Precinct, Boy Scout Troops 588 and 82, along with Scoutmasters James Bleakney and James Papcena, Our Neighbors Civic Association and the Ozone Park Kiwanis were all responsible for the great success of the day.

CitySolve, the company contracted by Councilman Ulrich last year to combat graffiti in his district, was on hand to remove tags from the walls outside the cemetery. Rabbi Tzvi Berkowitz of the Rockwood Park Jewish Center stopped by to lend a hand at the cleanup. “What these people are doing, is extending an ultimate kindness to those who are buried here,” he said. He noted that many Jewish cemeteries have fallen into a neglected state and the importance of performing good deeds such as the cleanup.

Kathleen Reilly attended with her daughters Kacie, 13 and Paige, 12. “We read about it [the cleanup] in The Forum as a matter of fact,” said Reilly, of Broad Channel. “It’s a great opportunity for getting some fresh air and exercise. But the real good part is that as a family we can do something to help other families.”