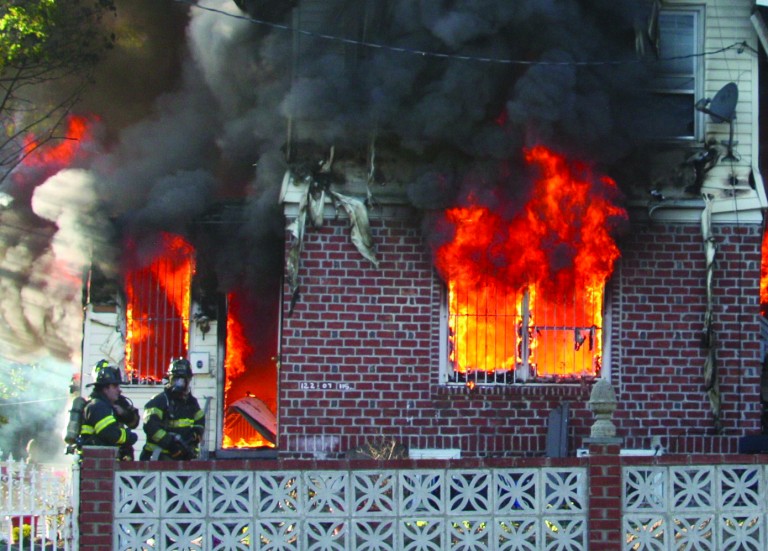 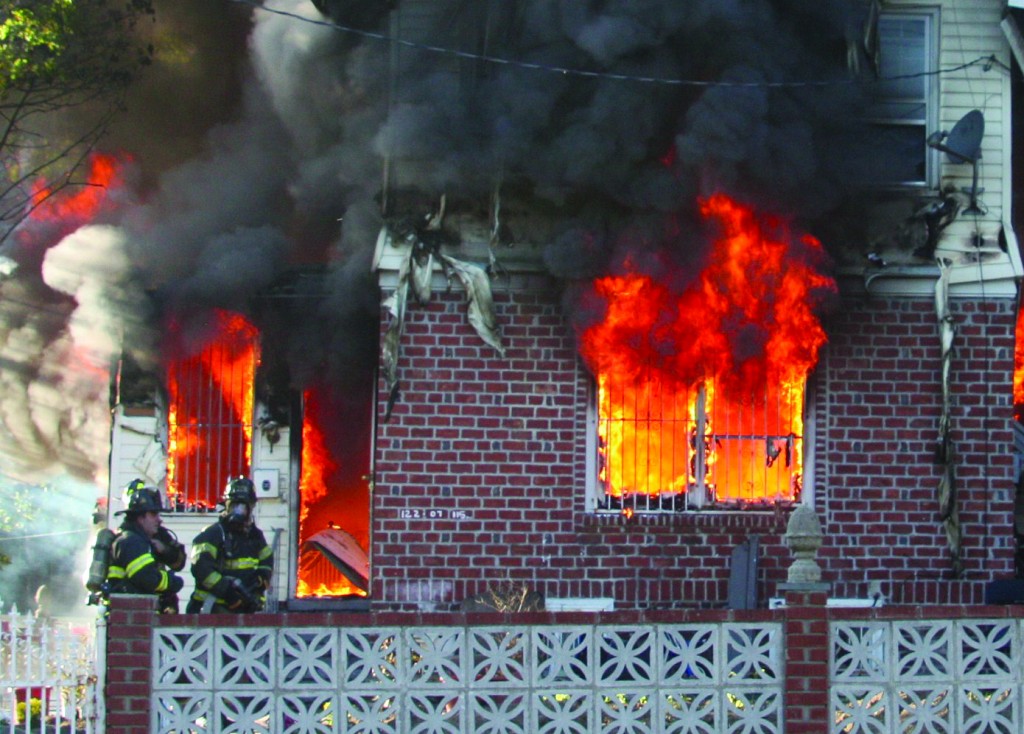 A raging fire broke out on Tuesday evening in a three-story private home on 115th Avenue in South Ozone Park. Two firefighters were treated at a local hospital for minor injuries, and the home was left destroyed by the fast-moving blaze.

Witnesses told The Forum the FDNY and NYPD quickly responded in large numbers to the scene at 122-07 115th Avenue after a passerby called 911 to report a fire and possible explosion.  The witnesses added that several people were seen running from the house shortly before it became fully engulfed with flames. Another man, later identified as a resident of the house, also safely exited the burning building.

Twelve FDNY units totaling 60 firefighters responded to the all-hands blaze. It took about an hour to bring the fire under control.

Fire department sources said on Wednesday that an investigation into the cause of the fire is ongoing.