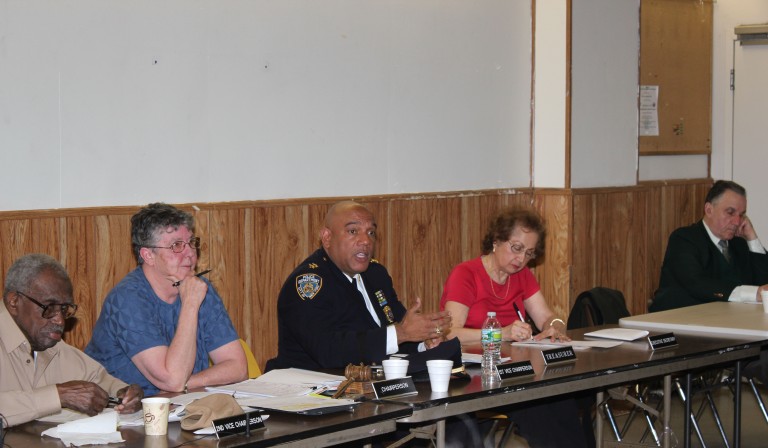 With Resorts World New York’s Aqueduct Racetrack casino set to open later this summer, residents in the surrounding neighborhood are worried the 106th Precinct will not have the manpower necessary to protect them. 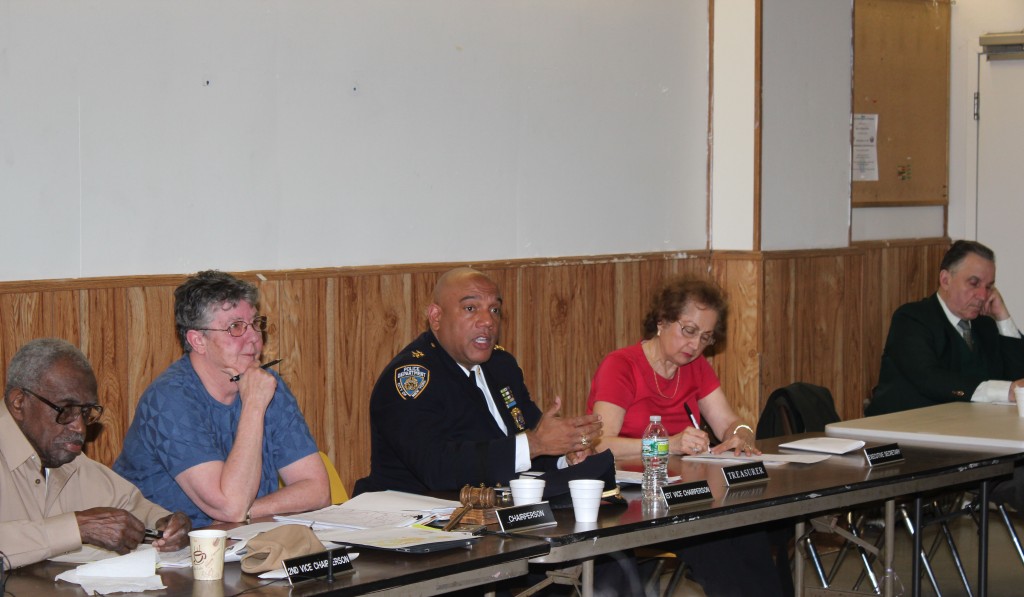 The new casino in Ozone Park is estimated to attract more than eight million people a year, an influx that residents fear will strain traffic patterns and increase the risk of crimes and quality of life issues such as excessive noise.

Betty Braton, the chairperson of Board 10, said the 106th Precinct, which patrols the neighborhoods surrounding Aqueduct, has suffered through numerous cuts over the years and “done more with less.” With the new casino, Braton said the community must demand an increased police presence. “We can’t let [dwindling police numbers] slide any longer,” she said.

To get answers, Braton invited Assistant Chief James Secreto, the commanding officer of Patrol Queens Borough South, to the board’s monthly meeting on May 5.

“For 31 years I wished there was a casino closer than Atlantic City. For the last year and a half, I’ve regretted it,” Secreto joked as he spoke about the meetings he’s had with Braton and other community leaders about police presence at Aqueduct.

A casino within New York City is completely new, but the NYPD has looked at other popular locations throughout the city to estimate how much police force is needed, Secreto said. The police studied Yankee Stadium and Citi Field, as well as the nearby casino in Yonkers.

Secreto reported that he has submitted a request for additional officers, which he anticipates will provide more manpower for the 106th Precinct. However, the request not yet been approved, and Secreto declined to say how many officers he requested.

The lack of any concrete information about police matters frightened board members, who have been worried about potential crime increases a casino can bring since gambling was approved for Aqueduct a decade ago.

“We have a lot of nervous people here,” said board member Donna Gilmartin. “We need to know the numbers. [The casino] is going to be a hotspot and I’m still getting vagueness. I need to have concrete answers.”

Board member Frank Dardani, who is president of the 106th Precinct Community Council, agreed, and said this was another example of Queens being overlooked. “This is the 11th hour. I guarantee they already know what’s going to happen in Brooklyn’s new stadium,” he said, referring to the new Barclays Center on Atlantic Avenue that’s scheduled to open next year.

Braton said the baseline for the new police detail should look towards staffing increases the Rockaways receive in the summer.

“The precinct starts beefing up detail for the Rockaways beaches, which brings 3.4 million people. What is that detail? What is double that?” Braton said.

Secreto said that in hindsight, without the numbers, he should have declined Braton’s invitation to speak to the board. He stressed that he understood the board’s concerns, and was working with the NYPD to get them answers.

“I came to be upfront and update you on the process,” Secreto said.

While the board was starving for answers, most members understood Secreto was trying to help.

“No one wants to beat up on you,” board member Peter Granickas said. “We just want to give you ammunition to bring to your higher ups.”

The ammunition from the community included concerns about residential nature of the neighborhoods covered by the 106th Precinct. Resident Sean McCabe noted that unlike Yonkers, which is more commercial, the area around Aqueduct is almost exclusively residential.

This prompted board member Margaret Finnerty to note that numerous schools, including John Adams High School, are within walking distance of Aqueduct. “We need a plan to ensure our children are safe,” she said. Finnerty also noted that her civic organization in Richmond Hill is bombarded with noise complaints. She said a new casino opening blocks away would only exacerbate the problem.

Secreto said he would relay all of the concerns back to police headquarters, but he’s prepared to do what is necessary to protect the neighborhood in the worst-case scenarios.

“If Downtown doesn’t give us the manpower—and I don’t see that happening—we will cover it with what we have in the borough. We’ll deal with it and send help as needed,” he said.