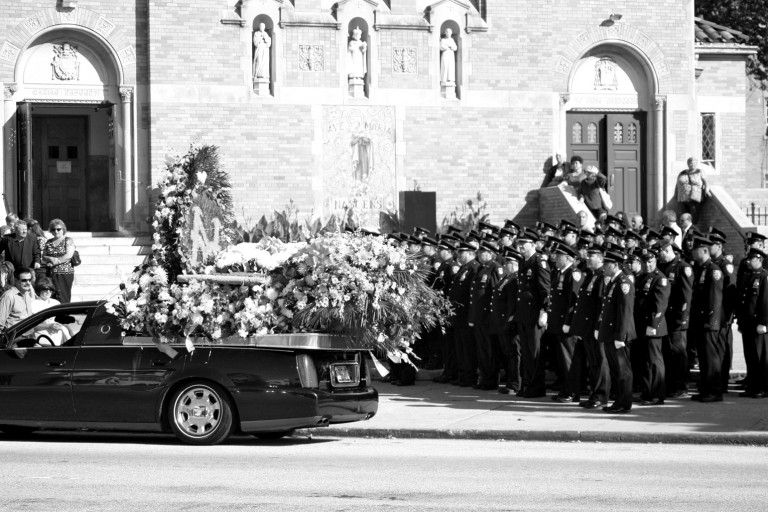 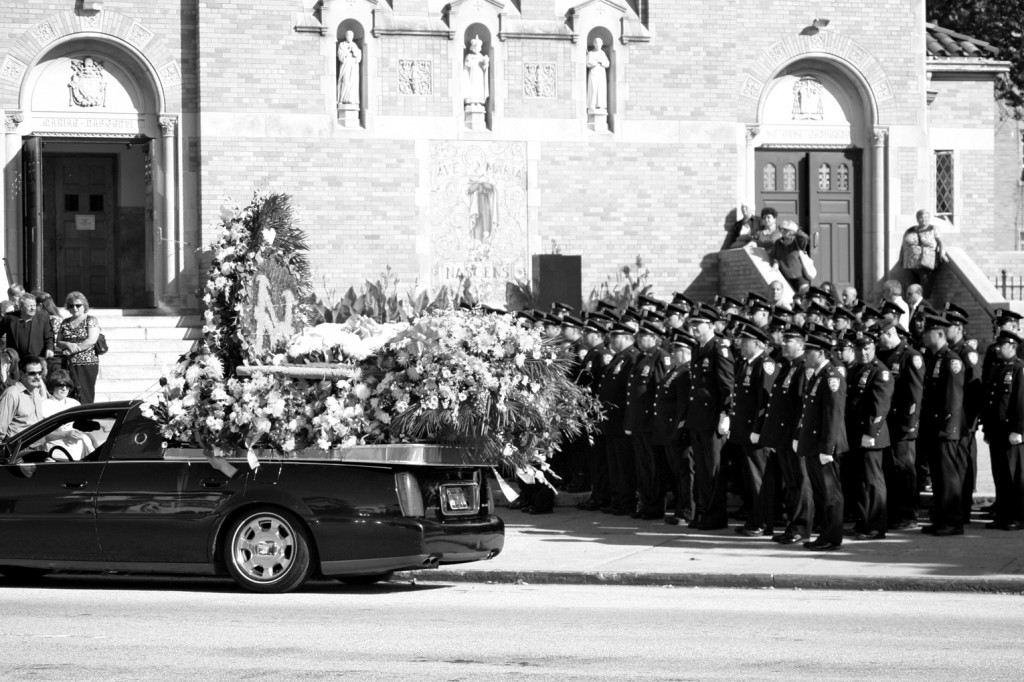 Two Ozone Park men were indicted late last week for the murder of Gerardo Antoniello, the 29-year-old son of an Ozone Park pizzeria owner, killed during one of three home robberies the suspects allegedly planned and had carried out between August and September 2009.

The defendants were identified by the Queens District Attorney’s office as Francis LaCorte, 29, and Vincent Mineo, 29.  The two defendants are charged in a 22-count indictment for second-degree murder, attempted robbery and attempted burglary. If convicted, they each face 80 years to life in prison.

Queens District Attorney Richard Brown said, “According to the charges, the defendants orchestrated, planned and executed three separate home robberies, one of which culminated in the untimely death of a young man who bravely went to his father’s aid during one of the robberies.  These crimes are one more shocking example of mindless violence that takes innocent lives and recklessly endangers public safety. The charges against the defendants will be prosecuted to the full extent of the law.”

Two other men who actually carried out the attack were arrested in December of 2009. Jason Burell, 39, of Brooklyn and Rashod Cowan, 32, of the Bronx, were held without bail and are awaiting trial.

After a hearing in Queens Supreme Court on Tuesday, Justice Richard L. Buchter ordered LaCorte held without bail. Mineo was held in lieu of a $2.5 million bond following an indictment last week. Both defendants are set to return to court on August 26, 2011.

LaCorte was one of dozens arrested back in January in a massive crackdown on organized crime by the F.B.I.  Investigators say that LaCorte was part of a group planning to break into electronics throughout the northeast, hoping to steal an estimated $1 million in goods.

Sources at Brown’s office say the two men purportedly met for several days from September 5 to 9 to discuss and plan the robbery of Bartolomeo Antoniello, the owner of Romeo’s Pizza on Crossbay Boulevard. During those days it’s alleged that they identified the Antoniello house for Burell and Cowan and provided them with a loaded gun and duct tape.

On the evening of September 9, as Bartolomeo Antoniello approached his home, the robbers converged on him at the door, forcing their way into the house. A struggle ensued and Geraldo Antoniello came to his father’s aid and was killed when one of the robbers pulled out a weapon and shot him in the head before fleeing the scene without committing the intended robbery.

A family friend of the Antoinelleo’s who asked not to be named  said at least the family will have some closure now. “It’s been so hard since Jerry got killed. Then his father died. And the pizzeria got sold. Now at least these animals will rot in jail.”

It is additionally alleged that between August 6, 2009 and September 5, 2009 Mineo and LaCorte conspired with others to commit the armed robbery of two other Queens residences, which were not identified in the indictment.  In both instances – one of which occurred during the week of August 13, 2009, and the other on September 5, 2009 – the occupants were restrained and robbed of cash and personal property at gunpoint.