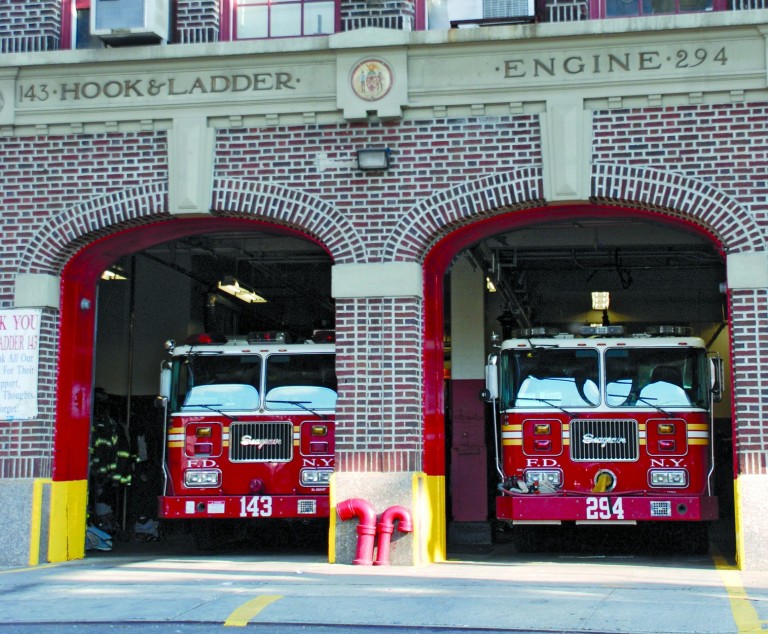 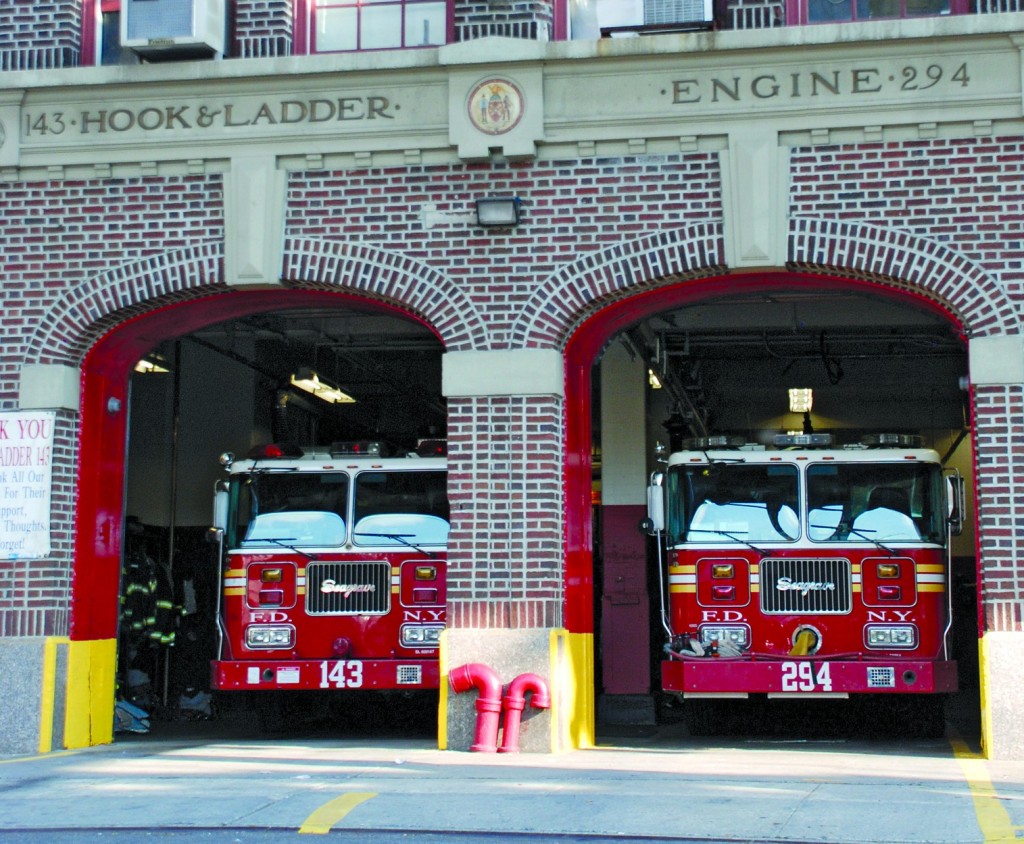 With the budget debate smoldering in City Hall, 20 fire companies are in jeopardy of being closed in July. Mayor Michael Bloomberg’s list of closings—which could save the city $55 million—was made public on May 18, but many community leaders and residents would rather see the budget savings go up in flames than risk their neighborhoods’ safety.

Woodhaven and Richmond Hill are now revisiting an old battle: keeping Engine Company 294, at 101-20 Jamaica Avenue, manned and fighting fires. Community activists, elected officials and residents have cited several reasons to take Engine 294 off the list, including increased response times and the possibility that nearby engines lack the necessary equipment to fight fires in the neighborhood.

A report by Public Advocate Bill de Blasio contends that the firehouse cuts will severely affect emergency response times throughout the city—and put most areas over the national four-minute standard. In the vicinity of Ladder 53 in the Bronx, response times are predicted to double, from nearly five minutes to almost 10 minutes. de Blasio disputes the city’s claim that response times would increase by an average of 32 seconds.

“The neighborhoods targeted by these cuts will see their safety go up in smoke,” said de Blasio. “If the Mayor succeeds in cutting these companies, some communities won’t meet the response times needed in places like Fargo, North Dakota, let alone a city where we need to fight fires on the upper floors of big apartment buildings.”

Around Engine 294, response time is expected to rise less dramatically, from 3:40 to 4:12. Bloomberg’s opponents argue that even 30 seconds could cost lives—lives that are worth much more than the budget savings.

“The Mayor’s plan to close Engine 294 and other fire companies around the city is downright dangerous,” said Councilman Eric Ulrich (R-Ozone Park). “Response times will go up and lives will be put at risk. Woodhaven and Richmond Hill desperately need adequate fire protection and emergency services. … We simply cannot balance the budget by putting people in harm’s way. Mark my words—budget cuts like these can be deadly and I will do everything in my power to fight them.”

Engine Company 294 has been closed twice during similar budget battles, once in 1975 and again in 1991. Two weeks after the station closed in 1991, a fire in Richmond Hill took the lives of two brothers.

In 1994, Rudy Giuliani campaigned in Richmond Hill on the promise of reopening Engine 294, and stayed true to his word following his election as mayor.

“Here we go again,” she said. “We can’t afford to lose this firehouse, and the Mayor knows this. … There’s a lot of waste in this city, but certainly there’s no waste in the services we get from the firemen. What do we have to do, wait for somebody to die again?” 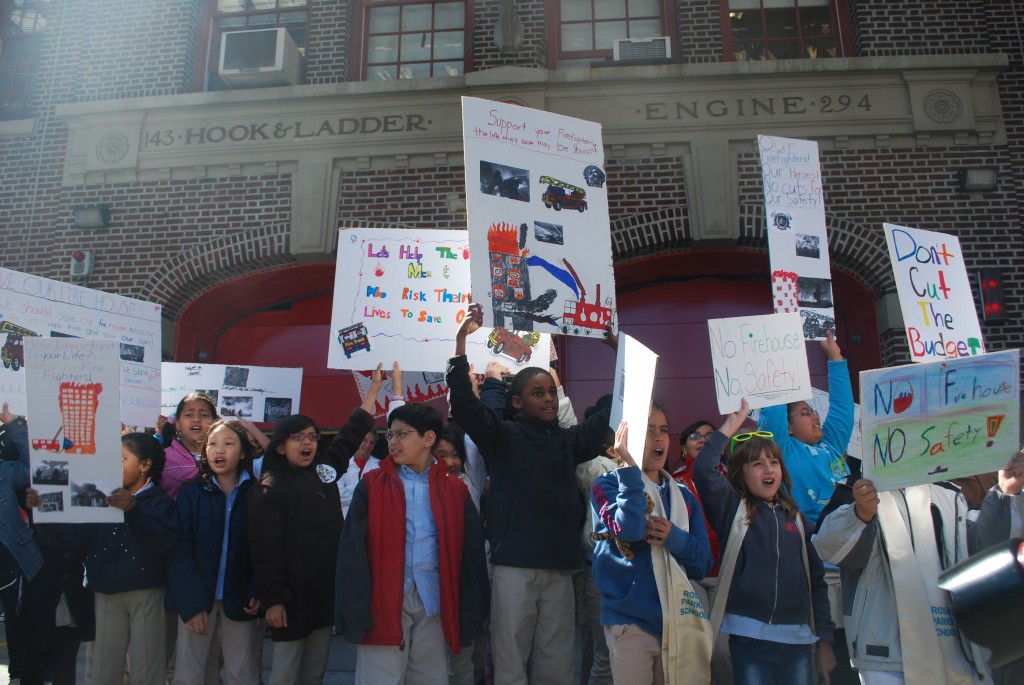 Maria Thomson of the Woodhaven Business Improvement District said the BID and other community groups have fought proposed closures of Engine 294 or 293 every year since Giuliani reopened the firehouse. The firehouses, in Ridgewood and Woodhaven respectively, often act as backup responders for each other, Thomson said.

In the aftermath of the tragedy in 1991, firefighters blamed the deaths on the closing of Engine Company 294, the closest house to the scene. The firefighter’s union representatives said closing the firehouse had hurt response times, and that a quicker response would have saved lives: the lead engine, coming to the fire from 15 blocks away, had gotten stuck in traffic.

After an investigation, FDNY officials concluded that one of the two victims, Walter Stecyk, had set the fire himself (he reportedly had a history of starting fires). According to the report, “the absence of Engine Company 294 does not appear to have contributed to the deaths of the Stecyk brothers.”

Neighbors and witnesses told a different story. According to reports, the first engine on the scene, Engine 293—the backup responder—had trouble connecting to the nearest hydrant. The time waiting for another engine, they said, was possibly life-threatening. One witness told The New York Times that Engine 293 couldn’t connect to a once privately-owned Jamaica Water Supply (JWS) hydrant, which has a different threading than city-owned hydrants. Official reports claimed the neighbors’ accounts were inaccurate.

But the neighbors’ concern still remains. Richie Glass, a retired FDNY Mechanic, wrote an email to Councilmember Elizabeth Crowley (D-Middle Village) on Monday to explain the JWS hydrant discrepancy, and ask her to look into the equipment of nearby engines. According to Glass, most of the area’s engines are still unequipped to connect to JWS hydrants.

“By closing this firehouse, when a pumper engine [responds] to an address, they will not be able to connect the suction hose to the hydrant,” Glass wrote, adding that Crowley should investigate herself and “not take anyone’s word.”

Crowley’s office did not respond to inquiry’s about Glass’s concerns by press time, but as chair of the City Council’s Fire and Criminal Justice Committee, Crowley has been one of the most vocal in the struggle to keep firehouses open—she has hosted several rallies.

“The Mayor’s list of the 20 targeted company closings illustrates how every corner of this city will be impacted, its safety compromised and its residents put at risk­—this is unacceptable,”  she said in a statement released last week. “If the City moves forward with any of these closures, people who could have been saved will die.”

According to the FDNY, surrounding engine companies are trained to open the hydrants in the area when needed.

On Sunday June 5, the Woodhaven and Ridgewood Resident’s Block Associations is holding a rally at Engine Company 294 to protest the closures. The rally will start at 1 p.m. The organizations are seeking volunteers in advance of the rally. For more information contact either the RHBA (bowsan@verizon.net) or the WRBA (info@woodhaven-nyc.org), or visit the “Save Engine 294″ page on Facebook.