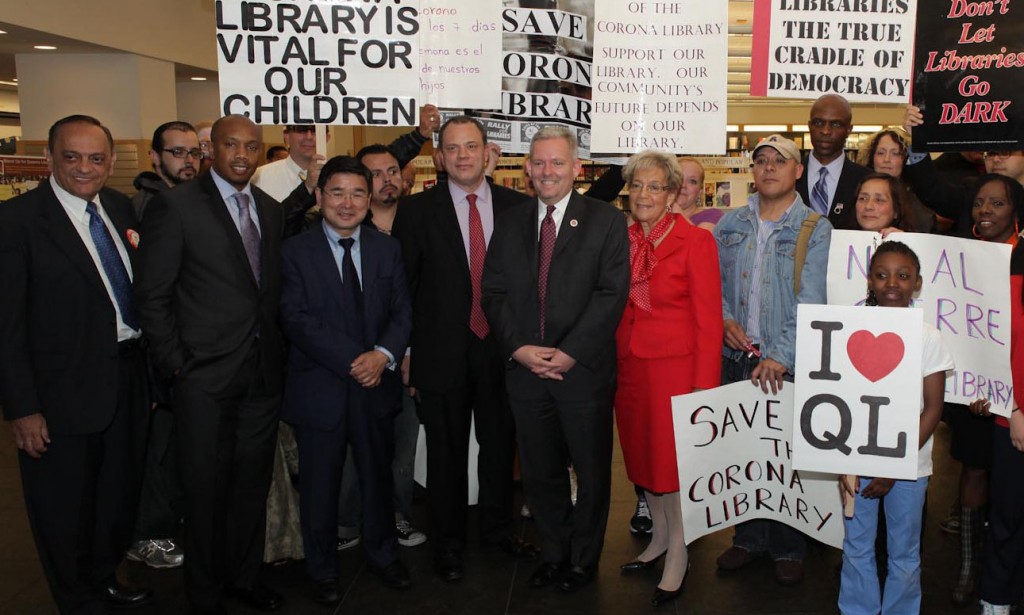 “Should the budget be adopted as proposed, libraries in Queens will fall far below a basic five-day-a-week service level in every community,” said Queens Library CEO Thomas Galante in testimony before the City Council Committee on Cultural Affairs, Libraries and International Intergroup Relations.

According to Galante, only one library—Central Library in Jamaica—would remain open on Saturday, and no libraries would be open on Sunday. Galante also said most libraries in Queens would be forced to open just two or three days a week.

The cuts would also leave many people without a job. Galante told the City Council that 471 employees would have to be cut—56 percent of Queens Library total workforce—and 233 employees were already given 90-day termination notices.

At the Richmond Hill branch, half of the staff received layoff notices, branch manager Rebecca Alibatya told The Forum. “We might close or be open only once or twice a week,” Alibatya said. “Customers are going to suffer dramatically.”

Galante said the residents of Queens will suffer the most if the proposed cuts are not changed.

“Anyone who has been in a Queens Library lately knows they are hives of activity and learning, not just static repositories of books. From our perspective, there is simply no replacement for libraries if they are closed,” Galante said.

Libraries help people save money, offer children great places to learn and offer vital services to the community such as financial literacy programs and computer programs, Galante said. These are services that Galante argues can’t be neglected and offer tangible value to local communities and the city.

Queens Library has already held several rallies to protest the cuts. On Wednesday, June 8, there will be a rally at the Richmond Hill branch at 4 p.m. “We can’t just sit back. We have to show how important this library is to them,” Alibatya said.

Queens Library is also asking residents to sign its petition at savequeenslibrary.org.

“We all know that when families are struggling to make ends meet, they turn to the free services at the library; yet this proposal would bring our service down to the lowest levels in history—lower than the fiscal crisis of the 1970s and even lower than the Great Depression,” Galante said.