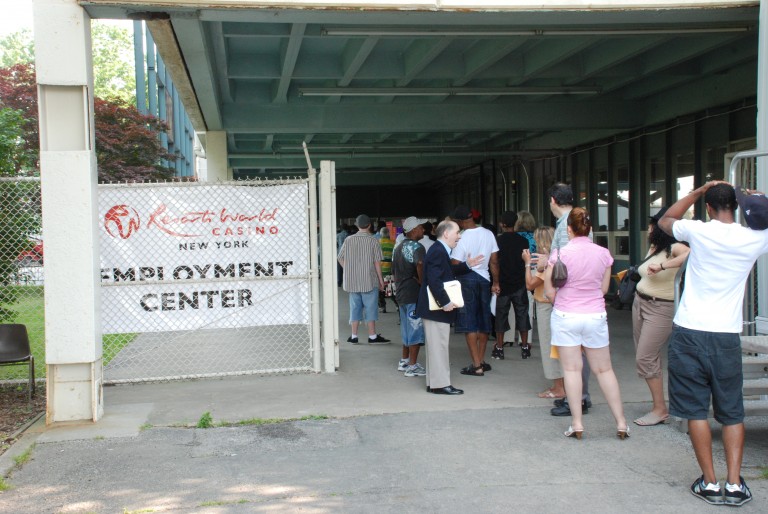 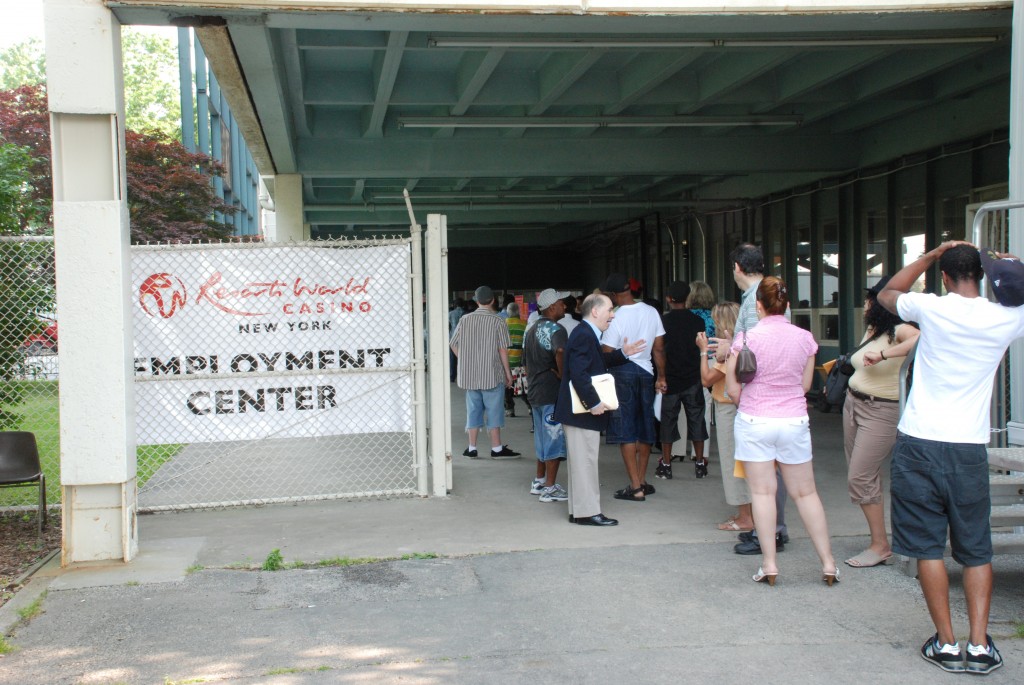 Resorts World New York played another card in their hiring efforts with the opening of an on-site employment center at Aqueduct casino in Ozone Park on Monday.

The casino, which is expected to open in September, will have roughly 1,150 permanent employees in entertainment, hospitality, security and food services. Local politicians and community activists have asked Genting, the parent company of Resorts World, to hire least 25 percent of its workers from neighboring residents. Resorts World already employs more than 1,000 people working on the casino’s construction.

“While I believe that the demand for jobs citywide greatly exceeds the supply of job opportunities, I am grateful for Genting’s emphasis on local hiring,” said State Senator Joseph Addabbo (D-Howard Beach), who attended the employment center’s opening on Monday.

“This is the best thing for Queens and me because the opportunity is here in our neighborhood,” William Strader, a Rosedale resident who applied for a security officer position, said in a Resorts World press release.

Resorts World has also made a commitment to staff a large portion of the new casino with minorities. Addabbo’s aide, Pat McCabe, has told community groups that shouldn’t be too hard since “this is one of the most diverse areas in New York.”

Resorts World officially launched the hiring process for permanent positions at the casino last month, announcing that locals would have priority. But not everyone was convinced that would end up being the case.

According to a Daily News report, Leroy Gadsden, President of the NAACP Jamaica chapter, has vowed to picket the casino if local hiring is not made a priority. He was quoted as saying that he doubts their commitment, and he planned a protest last Saturday. Gadsden could not be reached by press time, but his sentiment echoes that of civic group members in the neighborhood. 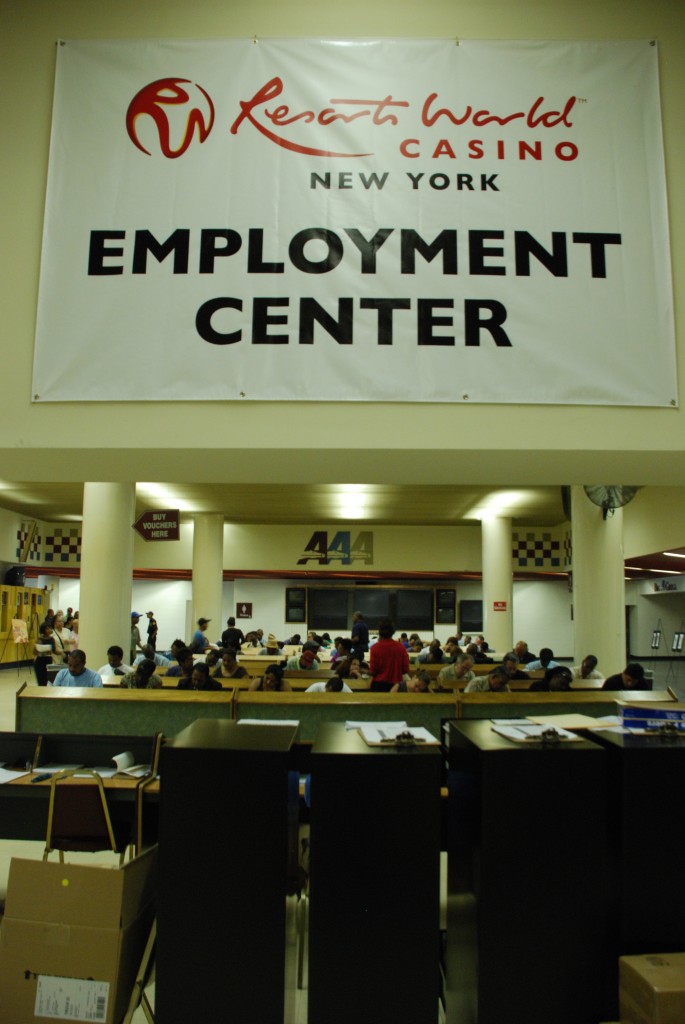 Often, the lack of a clear way to find opportunities with Resorts World led residents to feel that Resorts World hasn’t made hiring locals a priority. At last month’s Ozone Park Civic meeting, several attendees expressed frustration over a lack of job listings for Aqueduct.

McCabe told the Ozone Park Civic members and attendees that Resorts World would begin a hiring push this month. McCabe added that Addabbo’s office has repeatedly met with the casino operators over the last several months and are assured they are listening to the community.

“They are a business, and they won’t be profitable without supporting the community,” McCabe said.

Addabbo plans to continue meeting with Genting over the summer. “I look forward to meeting with Genting monthly to address various issues in addition to jobs, which include public safety and traffic patterns, and always respect their commitment to adhering to the concerns of my constituents,” Addabbo said.

According to Resorts World, there are already 50 permanent employees on site, and 60 percent of those workers are from South Queens.

“The purpose of this employment center—along with the support from the three employment services centers that we have already been working with for months—is to help us hire talented individuals from within the local community, so we have a facility here in Queens that is run by Queens residents themselves,” said Kevin Bogle, Vice President of Human Resources at Resorts World Casino New York.

The employment center is open weekdays from 9:30 a.m. to 1:00 p.m.  Applicants can visit the employment center to learn more about career opportunities at Resorts World Casino New York and submit applications for open positions. Job listings are also regularly updated at www.rwnewyork.com.

To reach the employment center, enter through North Conduit Avenue entrance, rather than Rockaway Boulevard.