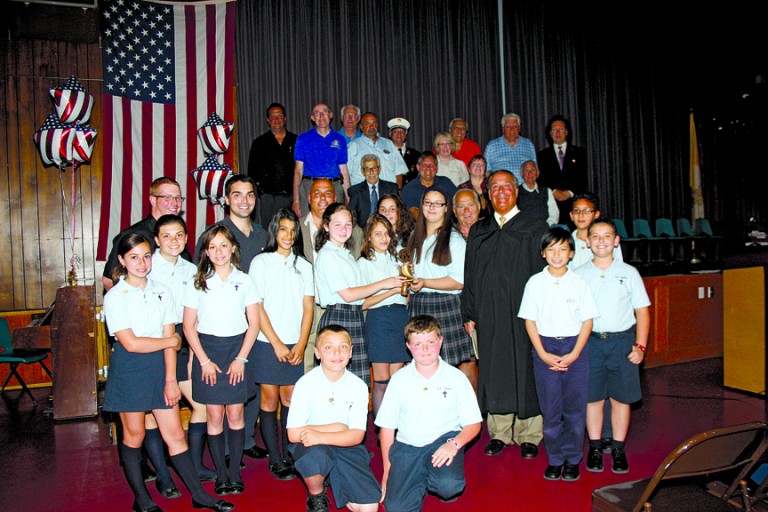 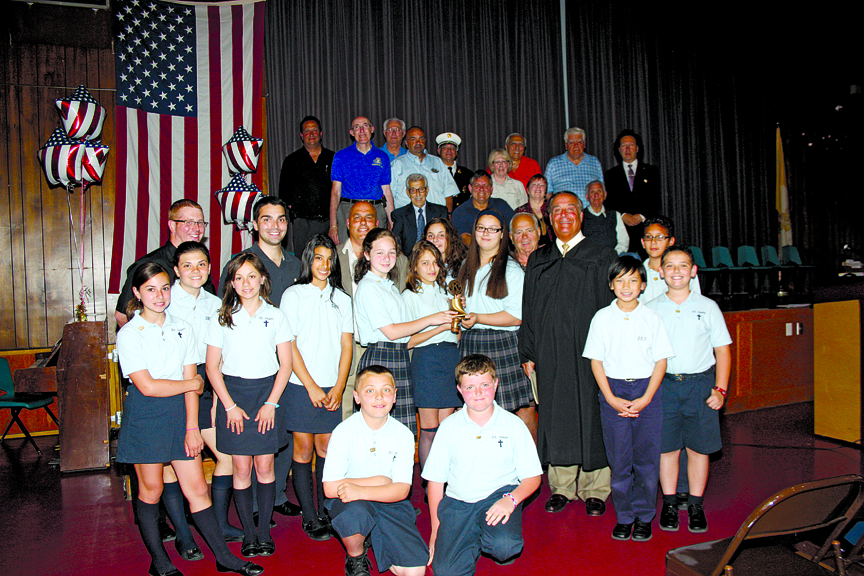 The Howard Beach Kiwanis Club helped to usher in a new generation of Kiwanians at the inauguration ceremony for the new Builders Club of St. Helen’s School. The ceremony was held in Father Dooley Hall on Monday afternoon.

others. There are more than 40,000 Builders Club members around the world and their mission is “developing and committing to club projects that make the world a better place.”

Howard Beach Kiwanis members were there to congratulate and support the Builders, offering advice and wise counsel. Lt. Gov. Joe Aiello reminded the Builders about the philosophies and responsibilities of the club. “There is nothing more important, nothing that comes before your community,” said Aiello. “What we must do is always give back.” Gesturing back to the other Kiwanis members there he told the students, “Whatever you need from us, just ask. You are our future.”

Club President Steve Sirgiovanni also addressed the new Builders, pointing out that he and the other members were very encouraged by their enthusiasm and ideas. Two of the projects the club intends to focus on are a food drive for the needy and hosting a bake sale for families devastated by the recent rash of hurricanes that left much of Missouri in a state of disaster.

“You came to us with so much energy and the desire to help and now we’ll show you the rest of the way,” said Sirgiovanni, who told the Builders that clubs like theirs build character and friendships that last a lifetime.

Each of the Builders took an oath which was administered by Supreme Court Justice Augustus Agate, himself a long-standing member of the Howard Beach Kiwanis. They were pinned in a ceremony and given certificates from City Councilman Eric Ulrich. State Senator Joe Addabbo sent a letter to congratulate the inductees and Assemblyman Mike Miller sent citations from the NYS Assembly.

The ceremony came to an end with the swearing in of the new officers of the Builders Club of St. Helens–and of course, a pizza party.

The new Builders Club at St. Helens School was sworn in on Monday in a ceremony at St. Helen’s Among the dignitaries in attendance were City Councilman Eric Ulrich and Supreme Court Justice Augustus Agate. Both men are themselves members of the Howard Beach Kiwanis, who is the parent sponsor for the Builders Club.