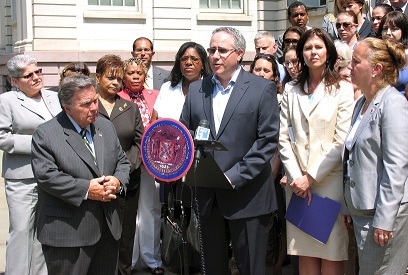 As the number of reported rapes in New York City rises, a city program that proponents say is instrumental to catching sexual predators and assisting victims will shut down under Mayor Michael Bloomberg’s executive budget. Critics of Bloomberg’s plan maintain that the program, which only costs the city $1.27 million in a roughly $60 billion budget, should remain open.

The Sexual Assault Response Team (SART) operates out of public hospitals with Sexual Assault Forensic Examiner (SAFE) centers. Sexual assault victims are treated within one hour of their arrival by specially trained forensic examiners and rape crisis counselors are on hand to minimize trauma.

“SART sends the message that sexual assault will not be tolerated in this city—to eliminate the program, at the height of its success, gives perpetrators and potential perpetrators the wrong message,” Crowley said. “Since its inception, SART has been instrumental in identifying and bringing justice to rapists and sexual offenders.”

As sexual assault rises, Brown said the SART program is essential for prosecutors. “Without [SART professionals’] expertise in the emergency room, DNA evidence collection will decrease and without their expertise in the courtroom the prosecution of rape cases will suffer. I urge that funding for this critically needed programs be continued at current levels.”

In September 2010, a Bronx man was sentenced to 42 years in prison for the rape of a St. John’s University student. The victim immediately reported the crime and was treated by a SART professional, and the evidence collected helped catch and convict the man.

The City Council and the Mayor must pass the city’s budget by June 30.