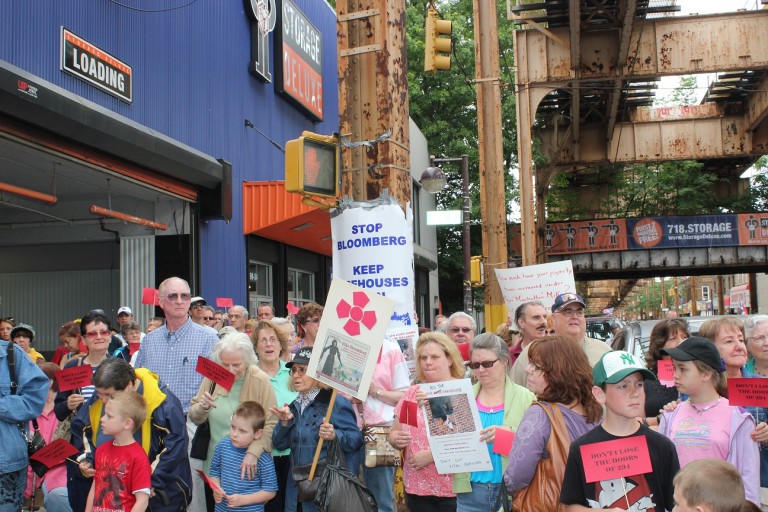 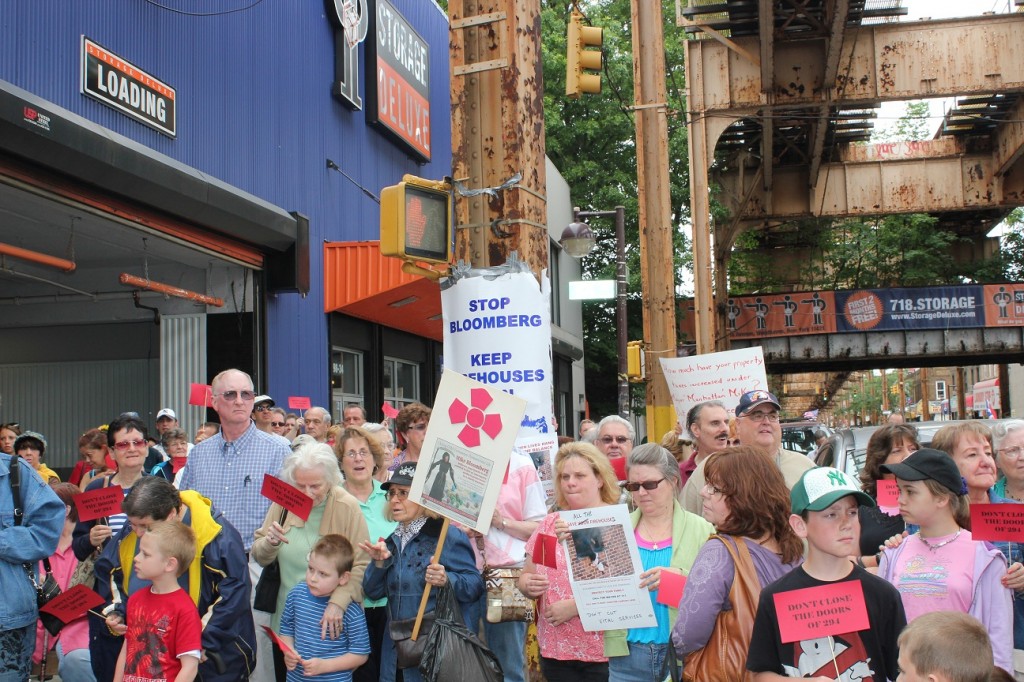 “[The Mayor] thinks he can balance the budget by putting us all in danger,” said Wendy Bowne, president of the Richmond Hill Block Association. “Closing Engine Company 294 will put each and every one of our
lives at risk.”

Under Bloomberg’s executive budget, the firehouse closures would save the city $55 million dollars. The city and FDNY maintain that response times would not rise over national standards and put lives at risk—a claim disputed by Public Advocate Bill de Blasio and community activists.

“The neighborhoods targeted by these cuts will see their safety go up in smoke,” de Blasio
said in a statement.

“One second is too much to wait,” Waisman said. “We live in homes that are 150 years old. They will [be consumed by] fire in no time.”

Waisman’s fear was shared by many residents. Woodhaven and Richmond Hill still have many old wood-framed homes with wool insulations—easy kindle for fires. One woman held a sign which read, “My home is 109 years old, every second counts.” Residents also know how quickly a fire can jump from home to home in their neighborhood.

“Everyone knows how important our fire protection is,” said Councilwoman Elizabeth
Crowley (D-Middle Village), chair of the City Council Fire and Criminal Justice committee. “[Bloomberg’s] plan is dangerous and unacceptable.”

Crowley and Councilman Eric Ulrich (ROzone Park) both vowed to fight against the cuts and questioned why the city was spending millions of dollars on bike lanes and pedestrian plazas if the city is out of money.

The politicians weren’t the only ones taking shots at the Mayor’s fiscal planning.

“Fifty-five million [dollars] out of a $68 billion budget is like finding a nickel in your couch,” said Uniformed Firefighters Association President Steve Cassidy. “I say to the Mayor, ‘Go to your couch and find a nickel.’”

More than 100 residents, community leaders and elected officials joined together on Sunday to show support for the firefighters and protest the cuts. The community has firsthand experience at the deadly costs of closing Engine Company 294. In 1991, two weeks after Engine Company 294 was closed due to budget cuts, a Richmond Hill fire claimed the lives of two men.

“We take the firefighters for granted everyday,” said Ed Wendell, president of the Woodhaven Residents Block Association. “At any moment, these guys are ready to risk their lives to save yours. This is an opportunity for the community to show our support in return.”

Cathy, a resident on 98th Street, knows firsthand how vital firefighters are. She said that firefighters from Engine Company 294 saved her husband’s life when he had a heart attack a few months ago.

“It’s terrible. There’s no need for this,” Cathy said. “We need this firehouse. They’re saving lives and it’s absolutely necessary.”

While Sunday’s rally was focused on Engine Company 294, local leaders and residents stressed that all firehouses must remain open. “Don’t pit community against community. Save them all,” one man yelled to loud applause.