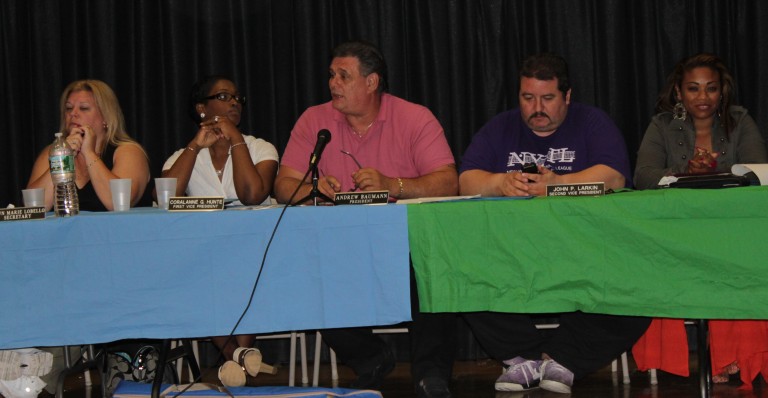 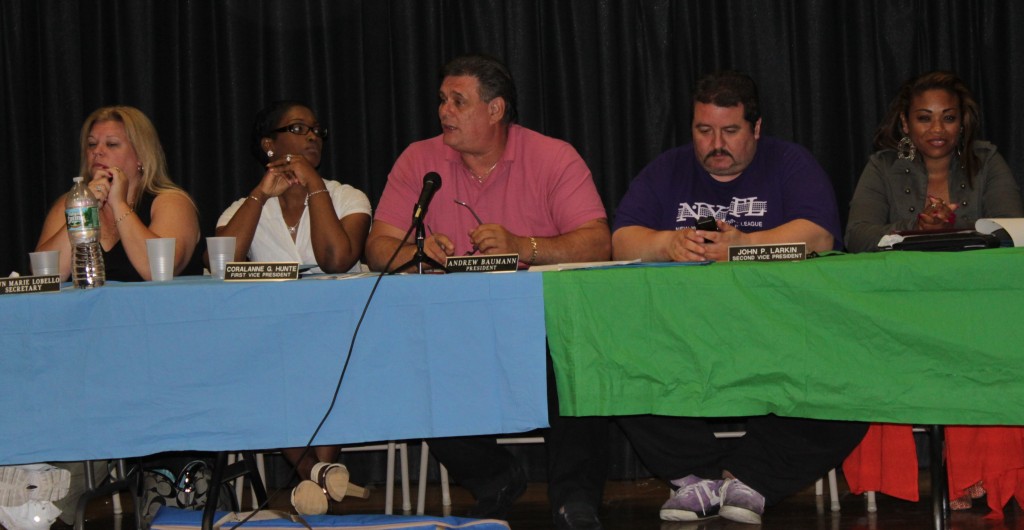 The city Department of Education (DOE) wants to simplify the middle school enrollment options for students, but some parents would rather keep the existing process.

Ferguson told the crowd gathered in the auditorium of P.S. 254 in Richmond Hill that middle school choice provides a uniform and transparent enrollment process for middle school students and parents.

“You have a lot of middle school choice going on; it just happens behind you,” Ferguson said.

Parents have the option of keeping children in their zoned middle schools, but they might be enticed to apply for a specialized school such as the Academy of Medical Technology in Far Rockaway.

The problem, Ferguson said, is that many parents are not aware they can apply to these schools creating unfair advantages where parents fortunate enough to know about the programs or who are persistent enough during the enrollment process can get their children into the top middle schools. The process isn’t fair, Ferguson said.

“I’ve heard sob stories about guidance counselors only giving applications to students they deem worthy. Who are they to deem how worthy my child is,” Lloyd-Bey said.

Ferguson also said the current process is a headache for schools. Because students may apply for multiple schools, multiple offers might be generated. This leaves administrators unsure of enrollment at the school and can cause wide fluctuations in enrollment from year to year, he added.

To combat these problems, Ferguson recommended a middle school choice program. Similar to how students apply to high school, students would rank their preference of schools and would be matched based on the school’s criteria. One option includes a zoned program where students are still given priority to their zoned school and have the right to remain in their kindergarten through eighth grade school.

“I want you to go to Harvard and still have a backup plan,” Ferguson said. “You don’t give up anything to take a chance.”

Some parents were still skeptical about the program. CEC 27 member John Larkin questioned if the program would create inequities in schools.

“Why aren’t you fixing that middle school down the block we don’t want to send our kids to,” Larkin asked. Ferguson said that the department should absolutely work to fix schools—“We don’t want any crappy schools.” But under the current system, Ferguson stressed, some parents who might know someone or have more information have more chances which isn’t fair to the entire community.

Another parent wasn’t convinced: “It seems like we’re starting to segregate schools again. We might wind up with a school full of underachievers.”

Lloyd-Bey said that she supported middle school choice. “We turn lives around when kids can make a decision about schools,” she said. However, she stressed that nothing was being jammed down the community’s throats. “This will be a community decision,” she stressed.

Andrew Baumann, president of CEC 27, agreed that middle school choice is appealing. “It’s giving our children an opportunity to get what’s available to them,” he said. A decision would be made at the board’s July meeting, and he stressed that parents who are still concerned should contact the board at 718-642-5808 or e-mail cec27@schools.nyc.gov.

Baumann who is leaving the board after six years of service ended the meeting by noting the importance of community involvement. Parents shouldn’t come to meetings to only discuss bad or unpopular decisions, he said. “We need to do this all together.”