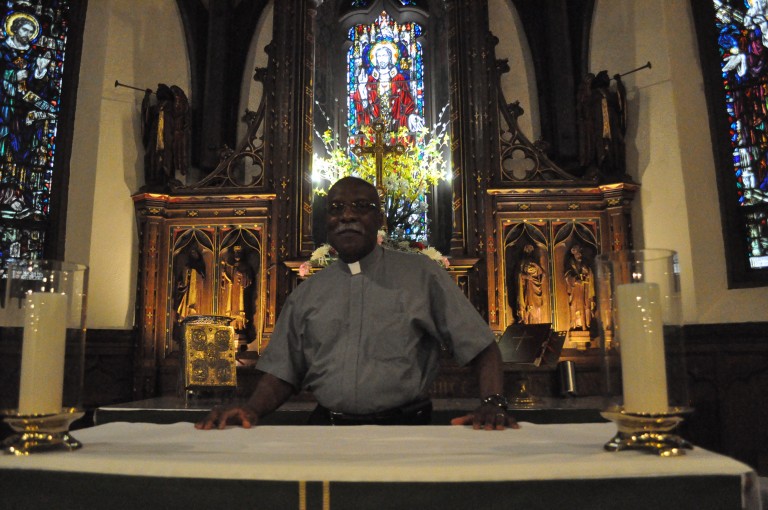 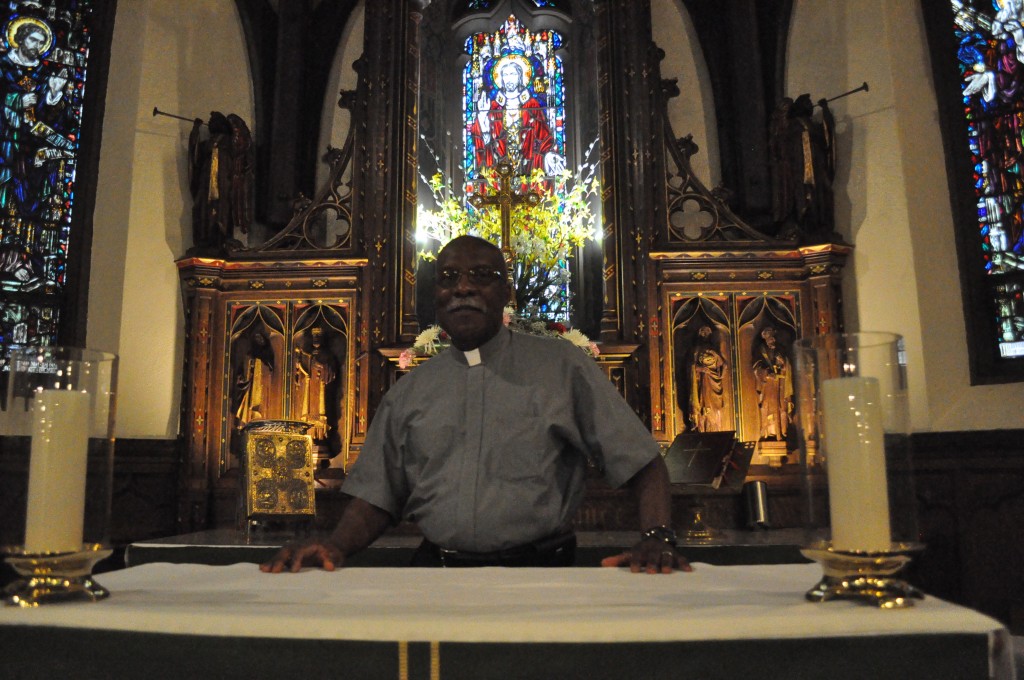 The Episcopal Church of the Resurrection, on 118th Street in Kew Gardens opened on April 27, 1874 and has been providing Kew Gardens and Richmond Hill with services and facilities open to the entire community for 137 years.

Inside, the old wooden floor and century-old pews welcome parishoners.

“Everything in here is over 100 years old and counting.” said Rosanne Pfeuffer, or “Ro” as all of the church regulars call her. Pfeuffer has been the parish administrator and the facilities manager of the church since 1994.

When it first opened, the church was surrounded mostly by farmland. That was until a New York lawyer, Albon Platt Man, and a landscape architect, Edward Richmond, purchased the landscape and convinced the city to build a railroad through the area. That led to the transition from farmland to suburb that the neighborhood now knows as Richmond Hill.

The railroad, and the crowds it ferried, forced the church to expand. Instead of building another church, one was built around the original. Remnants still remain today in the basement of the current church, including a plaque that reads “1874”.

Reverend Gilberto Hinds has been the priest in charge of the Kew Gardens church since 2009, and was previously a priest at The Church of the Redeemer in Astoria. Hinds also held a dual position as a registered nurse at Interfaith Hospital in Brooklyn, while fulfilling his priest duties at Church of the Redeemer.

Although he had intended to retire from his position at Interfaith Hospital in July, Hinds was laid off from the hospital in April of this year, forcing him to leave his position earlier than planned.

“It just came a little sooner than I expected,” Rev. Hinds said about leaving the hospital, “which was heaven sent because it now allows me to do this full time.”

Since becoming a full time priest, Rev. Hinds has focused on developing a close relationship with the community and his regular parishioners. According to Rev. Hinds, his hospital job limited his time working on expanding the church’s congregation.

Some churches in the area have suffered because of dwindling attendance. The 111-year-old Saint Matthew’s Episcopal Church in Woodhaven closed earlier this year. Rev. Lawrence Provenzano, bishop of the Long Island Diocese, said the closure was due to a lack of church-goers and a dearth of resources.

“Our funding comes from partitioners,” Rev. Hinds said. “As long as people come and contribute, we’ll be just fine.”

Rev. Hinds says that the The Episcopal Church of the Resurrection maintains a small congregation of regular church goers and that some younger residents that have started to frequently visit as well. Its history and antique construction remain a draw, he said. Rev. Hinds hopes that people will continue to come to the church, so the community can continue to have a valuable place to worship.

“We provide a spiritual home for the community,” Rev. Hinds said. “It’s a house of prayer for all people.”