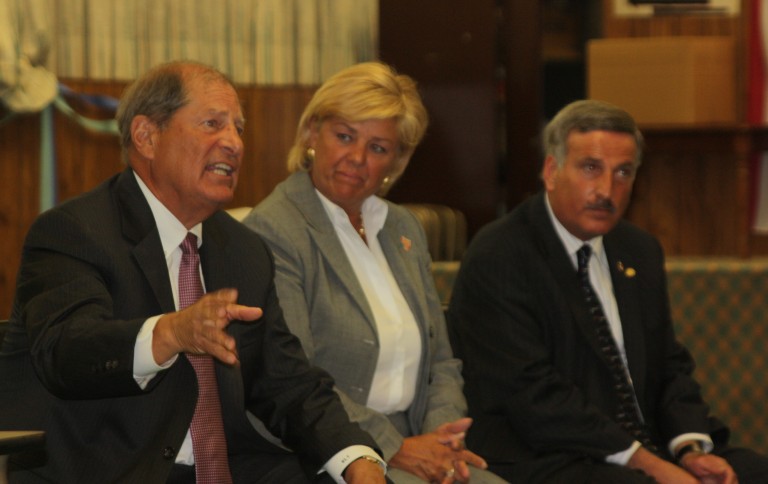 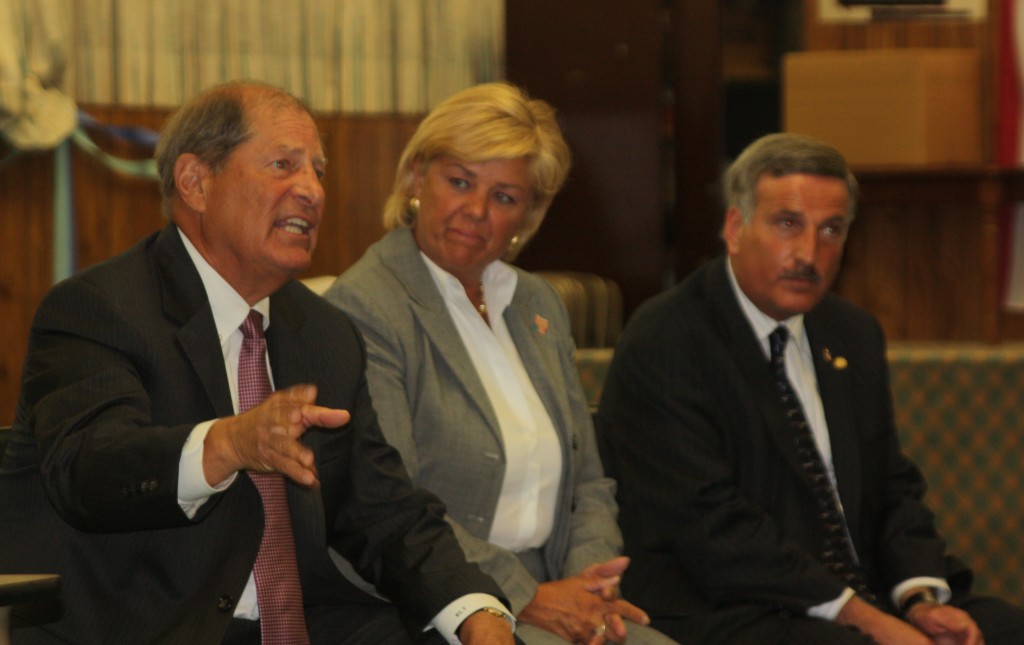 Over forty neighborhood residents turned out for the Lindenwood Alliance meeting on Monday evening as Bob Turner, David Weprin, and Jane Deacy jump-started their campaigns for Congress and State Assembly.

Republican candidate Bob Turner, running for the 9th Congressional District seat, vacated by Anthony Weiner, spoke of his background in business. “For every one dollar that we (Americans) spend, 40 cents is borrowed,” said Turner. “We need some practical sense in Washington.”

Democratic opponent David Weprin also has a background in finance, working as a bank regulator in the 1980s. A state Assemblyman and former city Councilman, he comes from political lineage. His father, Saul Weprin, represented District 23 in the City Council until his death in 1994, when his son Mark took over the position.

“I have experience in the private and public sector,” said Weprin. He described himself as a fiscal conservative and social liberal. “My main priority is to protect seniors, children and the disabled.”

Turner made many references to the past, stating that you can learn a lot from your history. “Under the current system, we won’t get out of it,” Turner said, referring to the national deficit. “However, the road map is there. Reagan already showed us.” He also said that history has shown that “raising taxes will cripple business.”

Weprin agreed that he would not like to see the middle class taxed. He suggested taxing corporate jets and yachts to help lower the deficit.

Concern was raised on the increasing unemployment rate and number of products being produced oversees. Turner said, “Assembling is not important. The money comes from the design and marketing of the product.”

As Lindenwood residents showed concern over talk of Social Security cuts circulating through Washington, Weprin said, “If elected, I would fight for no cuts and cost of living increases for Social Security.” Turner agreed, saying that social security is a senior citizen’s entitlement.

Jane Deacy, running for the 23rd Assembly District seat, is a former New York City police officer and has been a Republican District Leader for the past four years. Deacy said that she is here to listen to the community. “Politicians are listening and trying to make changes,” said Deacy. If elected, she would like to create more local jobs and larger profits for local businesses.

“They built bridges to grow Rockaway but the price of traveling on the bridge is killing Rockaway,” said Deacy. She promised action on the bill to make the bridge toll cheaper.

Many community members expressed concern over the lack of jobs that have been created so far by the Aqueduct racino project. “I don’t see jobs open for the entire district,” said Deacy. “I know people who have applied months ago and haven’t heard back from the hiring hall. These are people with experience in that industry.” If elected, she would like to help improve its hiring procedure. She also mentioned her support for the construction of a large convention center in the area that would put the community on a national level, and create more jobs in the area.

A major concern of Deacy’s is the lack of civics in the community. “Civics are not taught in the schools like they should be,” said Deacy, who taught special education in parochial schools after retiring from the NYPD. “The flags come out on the Fourth of July but what about the rest of the year?”

Her Democratic opponent Philip Goldfeder did not attend the meeting because of a prior engagement.

The special election for the 9th Congressional seat and the 23rd District Assembly seat will take place on September 13 – primary day.