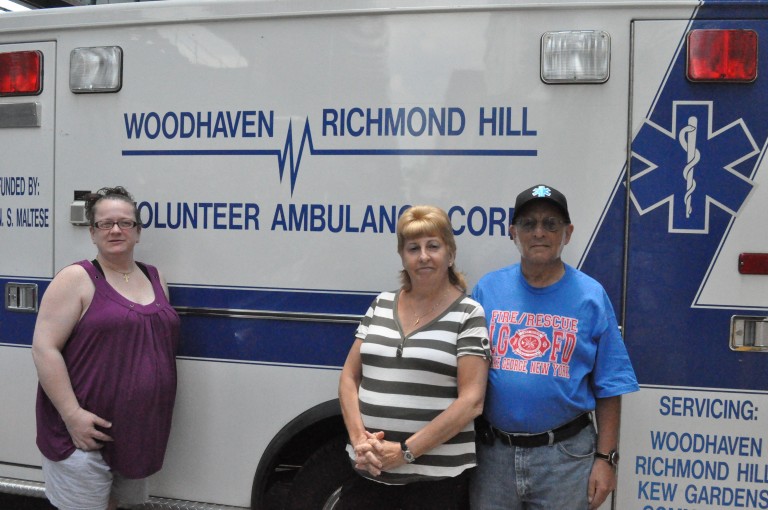 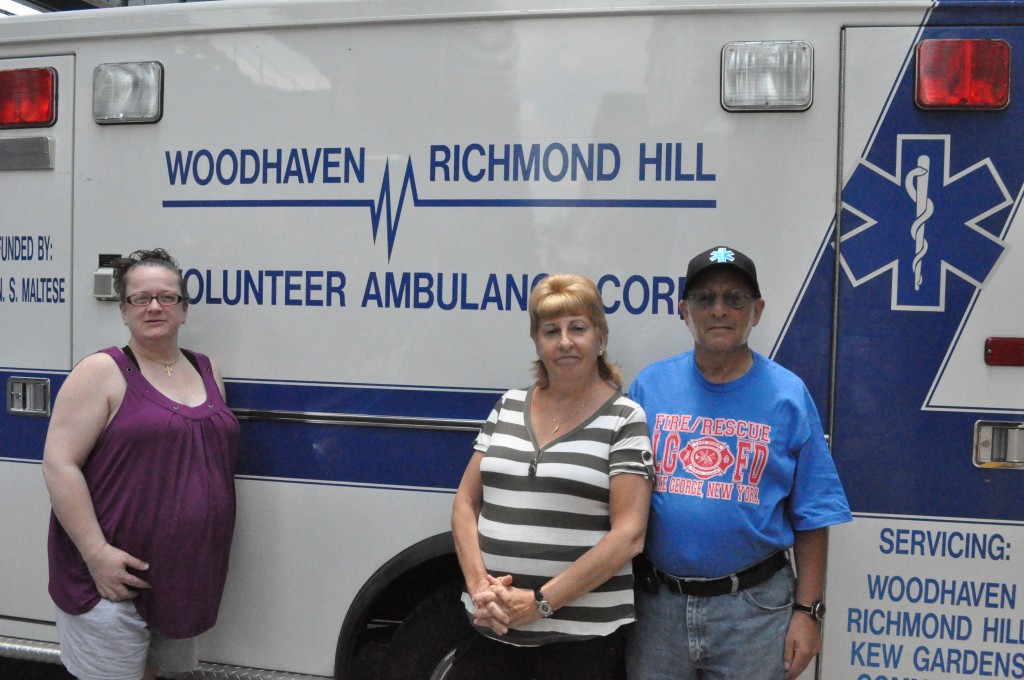 “Without an AED [defibrillator] we’re out of service. We can’t put the ambulance in the street,” said Kathy Sexton-Dalbey, the Chief Operating Officer for the ambulance corp.

The Woodhaven-Richmond Hill Volunteer Ambulance Corp. will hold a fundraiser on Sunday, July 17th at a local tavern to raise money for a new defibrillator, a device used to give an electric shock to a patient in cardiac arrest.

The ambulance corp. needs the new defibrillator because the manufacturer that makes their defibrillator is discontinuing its service, meaning they would not be able to buy new parts for the device in the future.

For the defibrillator that’s currently in use, there is one set of adult pads and children pads left. Once those pads are used, it is thrown away and the defibrillator cannot be used until new pads are purchased. That won’t be possible once the manufacturer discontinues the model.

Sexton-Dalbey, who has been volunteering at the Ambulance Corp since 1990, says that the ambulance corp. hopes to raise about $3,000 to $4,000 at the fundraiser, which will be held at Neir’s Tavern between 2 p.m. and 11 p.m.

The fundraiser will feature live music, a barbecue and a raffle for prizes.

“I’ll come dressed in uniform, if you want,” said John Bennett, a retired emergency medical technician (EMT) and the Chaplain for the ambulance corp., to Sexton-Dalby as they discussed plans for the upcoming fundraiser.

“These volunteer ambulance corp. are an important part to any community,” Wendell said. “I can’t say enough about these guys.”

“If we have any sort of emergency, we need all hands on deck,” he continued, noting that the group responded to nearly 500 calls last year.

Sexton-Dalbey hopes this fundraiser alone will be enough to raise all the money that they need, but if that’s not the case, it will use other methods to raise more money.

The ambulance corp. sometimes does what it calls “can shaking”,with ambulance members on a major intersection, usually between Forest Parkway and Park Lane South, asking every car that stops at a red light for donations.

Usually about eight to 10 members go out with their uniforms on and the ambulance truck lights flashing on the side of the street. Sexton-Dalby says that this method is often a good way to get donations from the community.

“Believe me, it’s not a bad day. If you’re out there for a couple of hours, it’s a good thing,” Sexton-Dalby said. She estimates they raised as much as $1,000 using this method and they plan on doing it at the fundraiser on Sunday.

This isn’t the first time the Woodhaven Richmond Hill Ambulance Corp. has had financial struggles. Last year, funding issues put the group in danger of closing, but a last minute deal to house the Woodhaven-Richmond Hill Senior Center at the ambulance corp.’s building provided the necessary funds and renovations to stay at their building.

“It was a win-win for the ambulance corp. and the senior center,” Wendell said.