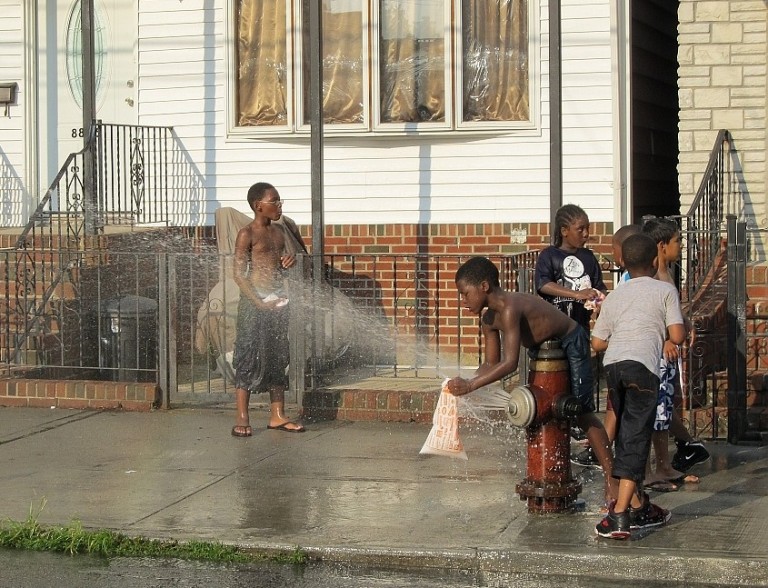 While temperatures in the city rose above 100 degrees throughout the weekend, ConEd pressed for energy conservation and even implemented rolling brownouts and reduced voltage in parts of Queens and the rest of the city. Nevertheless, overall electric use peaked at 13,189 megawatts (MW) at 4 p.m. on July 22, surpassing the all-time record of 13,141 MW set on August 2, 2006.

According to ConEd, several steps were taken to reduce use throughout the city, including paying some customers to reduce electricity use.

“Demand response programs, which pay large customers to cut back on power usage during heat waves, were credited with reducing peak demand today by approximately 500 MW,” ConEd said in a press release. “The company also saluted its 3.2 million customers who heeded calls to conserve power, and credited them with a key assist in keeping the power flowing reliably.”

The company added that through the weekend its crews were “continuing to work tirelessly in sweltering conditions to restore customers impacted by scattered power outages.”

In Maspeth and Richmond Hill, voltage was reduced last Friday while crews made repairs. Residents were asked not to use appliances such as washers, dryers, air conditioners and other energy-intensive equipment and to turn off lights and televisions when not needed.

Frank Galluscio, district manager of Community Board 6, said that compared to how ConEd handled a heat wave induced blackout two years ago, the company was “on the ball” last week.

“ConEd was constantly sending us e-mails and faxes. That was a lot better than the last blackout,” he said. “They were sending us hourly readings and reports.”

Richmond Hill and South Ozone Park were hit the hardest with outages, but it could have been a lot worse, said Betty Braton, chair of Community Board 10.

“We’re lucky we didn’t have a major outage,” she said. “I think it speaks to what Con Edison has done to strengthen their service over the last few years.”

Despite record heat and soaring energy use, the Wall Street Journal reported that the cooling centers, set up by the Office of Emergency Management, were used only sparsely. According to the report, many New Yorkers opted for their own cooling methods, skeptical of the cooling centers facilities—often run by church groups.

Ed Wendell, president of the Woodhaven Residents’ Block Association, said the low turnout could be attributed to the fact that the centers aren’t always easily accessible.

“For a lot of people, they don’t want to walk five or six blocks in 102 degree heat,” he said. “I’ll bet the people you see there live within a block or two.”

In Woodhaven, sprinklers and fire hydrants were the popular cooling method.

Wendell said that most residents he came across were using the city-issued hydrant caps that help reduce water waste (an open, uncapped hydrant can spill up to 1,000 gallons a minute and can create visibility issues for passing drivers), but there were many open throughout the neighborhood.

Friday evening, many open-fire hydrants had to be closed off by the Department of Environmental Protection and the FDNY when several residents and businesses along Jamaica Avenue reported that their water was out.

Several other residents throughout Woodhaven reported that their water was running at only a trickle, said Wendell.

His own water was at a trickle on Friday. Wendell said that working with Councilwoman Elizabeth Crowley, the fire department and a group of local residents that act as block captains, Woodhaven was able to restore water fairly quickly.

“Sometimes things like this [heat] bring out the best in residents and neighbors because you’re dealing with it together,” he said. “It wasn’t nearly as bad as we were expecting or it could have been.”

DEP spokesperson Mercedes Padilla said that the department had only a couple of areas with low water pressure—but couldn’t specify where—and that they received 54 calls about open fire hydrants. According to the FDNY, the fire department responded to 100s of heat-related calls over the weekend.

There have been two deaths linked to the weekend’s heat, a 94-year-old woman and a 10-year-old girl, both of Brooklyn. In 2006, there were 26 deaths reported over a week-long heat wave, half of which were in Queens.