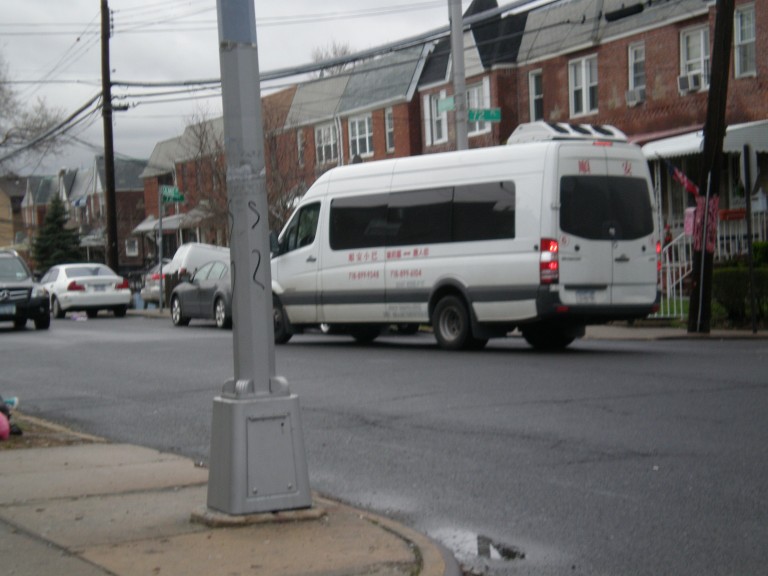 As Maspeth residents push to rid neighborhood streets of commuter vans, a local councilwoman hopes to change the way the entire industry operates.

Councilwoman Elizabeth Crowley (D-Middle Village) has introduced legislation requiring community boards to be notified before a local commuter van route is created and publish routes on its website.

This comes after residents complained that commuter vans are taking shortcuts through Maspeth, which is has long dealt with traffic and congestion.

As part of an attempt to get the Department of Transportation (DOT) and the Taxi & Limosuine Commission (TLC) to talk with residents about their concerns, Councilwoman Karen Koslowitz (D- Forest Hills) sent a letter, which was cosigned by Crowley and Councilman Jimmy Van Bramer (D- Sunnyside), to the agencies asking them to send representatives to a Communities of Maspeth and Elmhurst Together (COMET) meeting in either November or December.

“Neither community leaders nor community organizations were consulted during the creation of these routes and they have resulted in seriously compromising the quality of life in these communities,” Koslowitz wrote. “In addition to the disruptive traffic conditions, there are a large number of pick-ups of the authorized zones.”

As for the legislation, according to Kaitlin Moore, spokeswoman for Crowley, the City Council transportation Committee will hold a hearing on the legislation on an undetermined date. Councilman James Vacca (D-Bronx) is the chairman of that committee and Councilman Eric Ulrich (R-Ozone Park) is also a member of it.

Crowley hopes that the committee will pass the legislation so that it will ease residents’ concerns about the vans and make information about it more accessible to the public.

“Commuter vans are becoming increasingly popular throughout New York City, which means it is critical that we regulate their operation,” Crowley said in a statement. “The more accountable these commuter van companies are to the public, the greater the likelihood that they will provide a safe and dependable commute for city residents.” 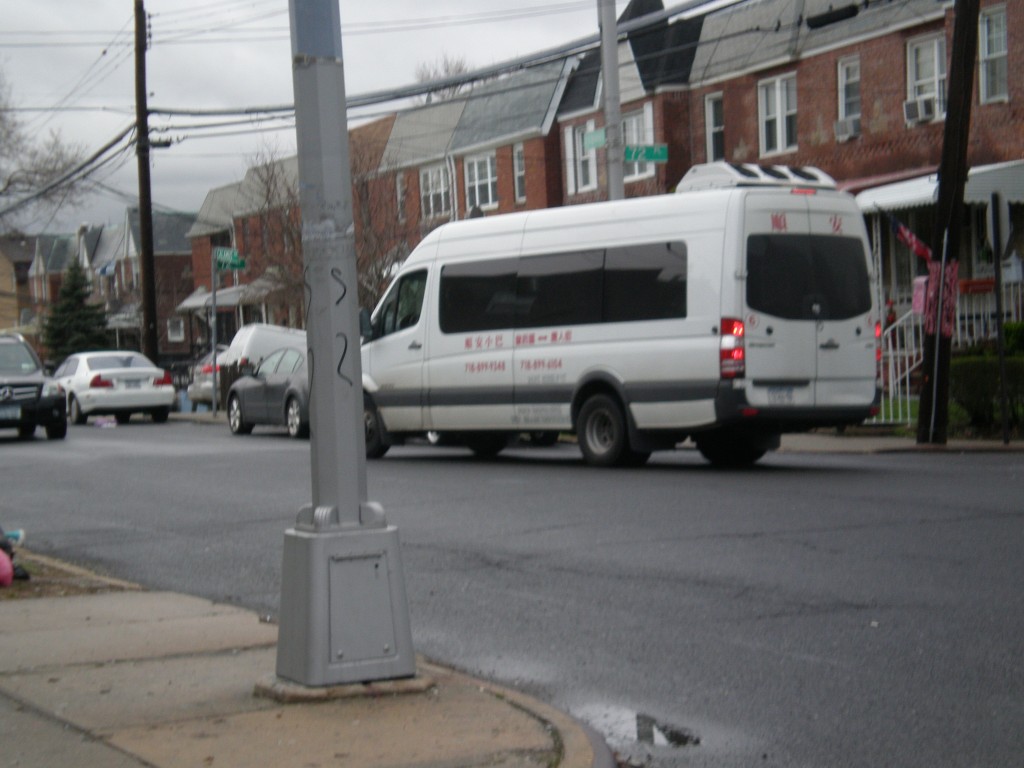 Caption: Commuter vans, like this one pictured operating around Calamus Avenue, have become a subject of scrutiny for local residents and elected officials.