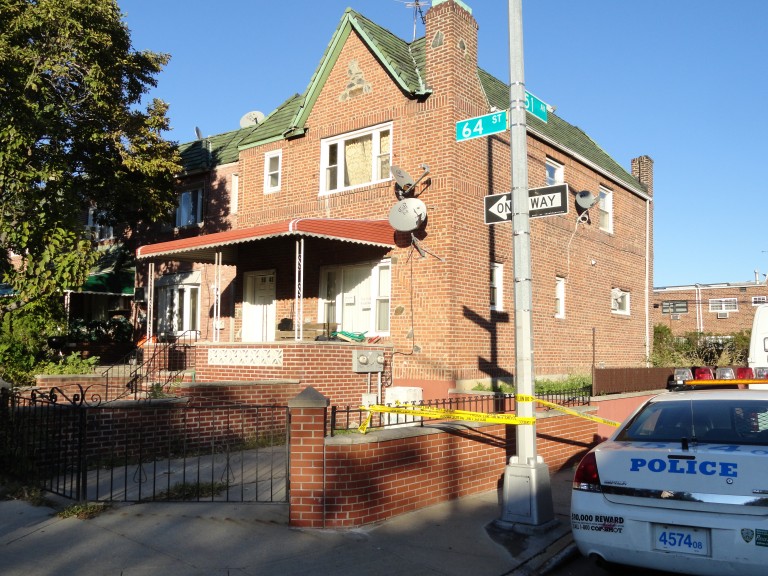 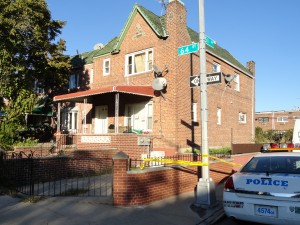 A Queens woman is clinging to life after being accidentally shot in the head by a friend allegedly toying with a handgun while visiting his Maspeth apartment on Monday night.

So far, police have arrested Elijah Stamateris, 22, in connection with the shooting.

Delilah Cordoba, 21, was sitting on a living room couch with Stamateris and two other friends at his basement apartment at 50-43 64th Street between 8:30 p.m. and 9:15 p.m. when the incident occured, according to the Queens District Attorney’s office.

Various media outlets reported that the group was allegedly smoking marijuana as Stamateris was handling a 9-mm handgun when the gun suddenly discharged, firing a round into Cordoba’s head. Neither the 108th Precinct—which responded to and investigated the incident— nor the Queens District Attorney’s office would confirm on Wednesday whether marijuana was involved in the shooting or who the gun belonged to.

One witness, who asked not to be identified, told The Forum that he was out walking his dog when the incident occurred and he saw people fleeing from the apartment.

The Daily News reported that one witness overheard one of the men calling an unknown person on his cell phone and saying, “I f—d up. I think I’m going to jail,” shortly before police arrived on the scene at approximately 9:25 p.m.

Cordoba was taken to Elmhurst Hospital Center, where she is listed in critical condition as of Wednesday.

The owner of the apartment, who declined to give his name, told The Forum on Wednesday that Stamateris had moved into the apartment on October 10—just 14 days before the shooting. When asked about whether the basement apartment where Stamateris lives in was legal, the owner hung up.

According to the city Department of Buildings website, the 64th Street apartment, currently owned by Monu Talukder, has had five complaints issued against it dating back to 1995—two of them involving the basement of the apartment where Stamateris was living.

In the most recent two complaints, dated August 12, Community Board 2 complained to the Building Department that a car service was illegally being operated out of the basement of the apartment; another complaint alleged an illegal conversion of the two- family home into a three-family home. Both complaints have not been resolved yet.

Stamateris was charged with assault, criminal possession of a weapon, reckless endangerment and assault. As of Wednesday, no arraignment date for Stamateris had been announced, the Queens District Attorney’s office confirmed.

A man who lives next door to the apartment— also speaking on the condition of anonymity— told The Forum that Stamateris had been new to the neighborhood, having moved there recently. However, he did not know Stamateris or any of the individuals involved in the incident.

Several neighbors interviewed by The Forum said they were not present at the time of the shooting, several of them getting home from work late at night when they encountered police cars and helicopters hovering around the scene. The shooting left residents shocked.

“This is normally a very quiet neighborhood,” said Juan Aliagar, who has lived across the street in his 64th Street apartment for more than 10 years, told The Forum in his native Spanish. “We never see things like that around here. It’s a good neighborhood. Police, helicopters…horrible.”