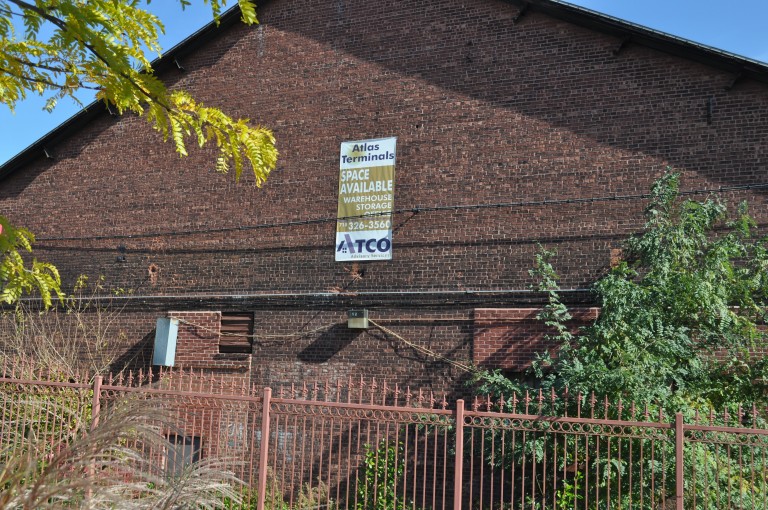 The historic 11.3-acre Atlas Terminals property is going up for sale.

Citing what they dubbed to be “an opportune time in the marketplace” with property demands in the city peaking and low cap rates, ATCO Properties & Management announced on Friday that its 21-building, 375,000-square foot Atlas Terminals complex in Glendale is up for sale.

ATCO Senior Vice President Damon Hemmerdinger was away on business and not available for comment. However, in a press statement submitted to The Forum on Tuesday, Mr. Hemmerdinger—a descendent of the property’s original owner Henry Hemmerdinger—stated, “We’ve owned Atlas Terminals since the early 1920’s, but we plan to continue to diversify and expand our real estate portfolio in

The subject  of who will be in the running to acquire the property is still up in the air, as neither Mr. Hemmerdinger nor Rubenstein Associates, Inc.—to whom he forwarded all inquiries—returned comment by press time on whether any parties had expressed interest or made an offer to purchase the property.

The Atlas site is zoned M1-1, which allows for manufacturing, office, self-storage, and a variety of retail uses.

Since the Atlas mall’s opening, it has struggled to boost sales; at one point in 2008, Hemmerdinger gave away up to $20,000 to passersby in order to jumpstart slumping mall sales.  The mall also sparked controversy that same year when the MTA extended the Q45 bus service to the Glendale mall. Residents opposed to the plan—fearing increased traffic problems—accused MTA President Dale Hemmerdinger, Damon’s father, of using his influence to sway the MTA to approve the bus line extension to the mall.

ATCO, which owns numerous real estate properties in and around the city, had owned The Shops at Atlas Park on Cooper Avenue since its opening in 2006. However, the company lost it to foreclosure in 2009. The property was later managed by the Mattone Group, who divested themselves of the property in April 2010—a mere 14 months after buying it.

Macerich, a California-based company that manages the Queens Center Mall, purchased the retail outlet center in a foreclosure sale in February.

Inquiries to both Mr. Hemmerdinger and Rubenstein Associates on whether Macerich would be in the running to acquire the Atlas Terminals property were not immediately returned. Calls to Macerich’s offices in California were not returned by press time.

Eastdil Secured, a city-based real estate company, is handling the sale of the property.

Formerly a small industrial park at Cooper Avenue and 80th Street at the turn of the 20th century, Atlas Terminals slowly grew into one of the premiere industrial parks in the city by the 1950s, at one point including 45 buildings over 20 acres of property.

At one point, industry giants such as Kraft, New York Telephone and General Electric were tenants at the site.