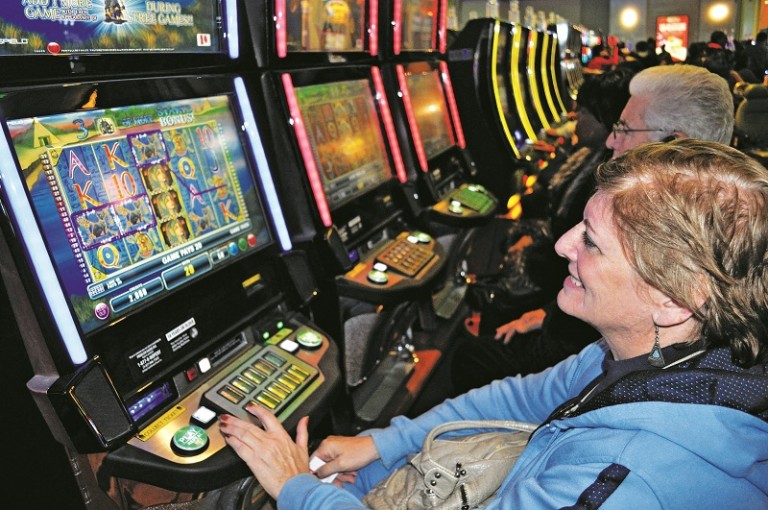 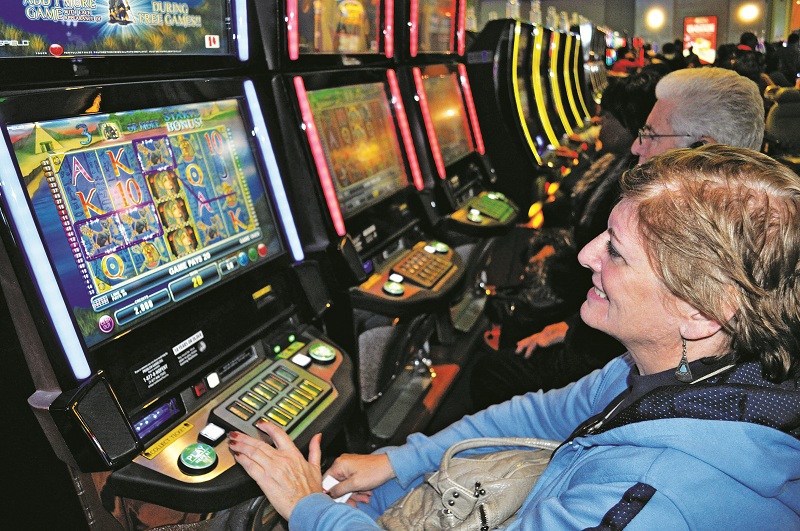 People looking to try their luck with the slots waited on long lines as Resorts World New York opened its doors at Aqueduct Racetrack on Friday afternoon, exactly one year after the casino’s groundbreaking.

As part of the day’s opening festivities, Resorts World held a ribbon cutting ceremony for local officials and media two hours before the city’s first casino was open to the public.

Each speaker took time to praise the quick opening of the Ozone Park facility, which is on Rockaway Boulevard, inside the renovated clubhouse area.

“This facility clearly states that New York is open for business,” said Gordon Medenica, director of the New York Lottery and the ceremony’s master of ceremonies.

Resorts World President Michael Speller said that the company’s two goals in opening the casino in Queens is to provide an economic and employment boost to the area and to have a facility that New Yorkers would be proud of.

“I’m proud to say, as I stand here today, that we have accomplished both of those goals,” Speller said.

The casino features 2,485 video lottery terminals and electronic table games on the ground-floor portion of facility, which is called the Times Square Casino. Adjacent to the slot machines is Bar 360, which offers customers a break from gaming and a chance to have a drink and watch television on the borough’s largest television screen.

Two other gaming areas, the Fifth Avenue casino and Crockfords Casino, are set to open over the next six weeks. The two casino areas will have an additional 2,515 lottery terminals and electronic games for its customers. The Central Park Events Center, which will be on the third floor of the complex, is 130,000 square feet and can hold approximately 5,000 people.

In August 2010, Genting New York, a Malaysian-based casino group, won a bid to build the casino at Aqueduct after it offered New York State a $380 million upfront fee as part of the bidding process.

At the opening ceremony, local politicians offered their thoughts on the casino opening.

State Senator Joseph Addabbo (D-Howard Beach) said that he is glad to have a facility in that area after hearing many proposals and ideas of what to build on the land next to Aqueduct Racetrack.

“All the ‘pie in the sky’ ideas end today, they’re all in the past,” Addabbo said.

Residents formed a long line that stretched nearly all the way to the casino’s parking garage in anticipation of its grand opening.

Ozone Park resident Jai Persaud was among the first to enter as it opened. He said that, with the casino opening up in his neighborhood, he’s going to gamble close to home instead of going to Atlantic City.

“It looks good,” Persaud said about the casino. “I’m going to play and try my luck.”

Roberta Caiola, who came from the Bronx with her boyfriend Paul Cruz, was excited to see a casino open within the five boroughs, saying that she hopes it will bring more businesses to the area.

“Hopefully it will be a good boost to the economy,” Caiola said.

Although many were excited for the facility’s opening, others had concerns.

Loretta B., who did not want her last name to be used, said that she wasn’t happy that Resorts World will charge people to park in the facility, adding that the Empire City Casino in Yonkers does not charge its customers for parking.

“I think Yonkers will still get people because of the parking,” said Loretta, who lives in Bayside.

According to Michelle Stoddart, spokeswoman for Resorts World, it will cost $2 per hour to park in the casino. Stoddart said that people can pay for parking using rewards card so they encourage people to sign up for that as soon possible.