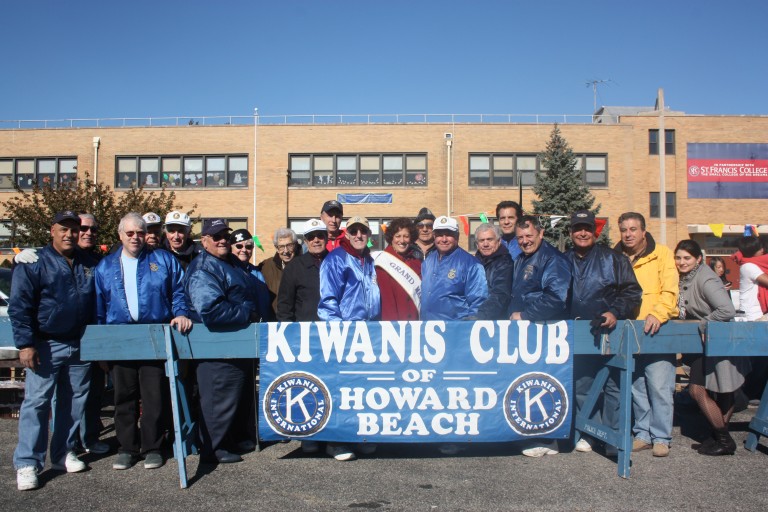 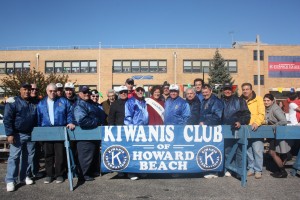 Rain may have gotten in the way of the Howard Beach Kiwanis Club’s 25th Annual Halloween Parade originally scheduled for two weeks ago, but there was no stopping club President Bob LoCascio and the rest of the members from simply moving Halloween to this past Saturday.

The club contacted Msgr. Al LoPinto of St. Helen’s Church asking for a location to host this weekend’s event. “Msgr. LoPinto allowed the club to use the parking area,” said Justice Augie Agate, “and look at all these kids having a great time. It turned out to be a really great day.” Agate, a Queens Supreme Court Justice and an HB Kiwanian, says he looks forward to this day every year because it’s about two things he loves- -children and the community.

So with no sign of rain in sight, hundreds of people came down to the Kiwanis outdoor post- Halloween bash, some donning costumes; others just taking in the fun. “There was no way we were going to break this tradition,” said former president Steve Sirgiovanni. “Everyone thinks we didn’t want to disappoint the kids but the truth is all these grumpy old men,” he says laughing and pointing at fellow members, “including me are the ones who would really have been disappointed.”

But there was no disappointment on Saturday. Instead there were bouncy castles for the kids, rides, games, face painting, free food, candy, gifts and music.

Queens County Clerk Audrey Pheffer strolled through the crowd wearing the Grand Marshall sash she was to have worn in the parade as this year’s honoree. “I’m proud to wear this sash,” Pheffer said, “and proud to be a part of just one of the things the HB Kiwanis does for this community. Especially this–two Halloween’s in one month!” Pheffer, who held the local Assembly seat for 24 years after being appointed to the clerk’s position this year, has been participating in the club’s Halloween parade since its inception. 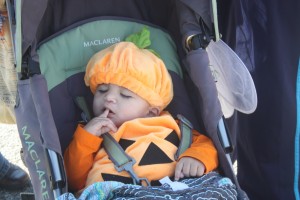