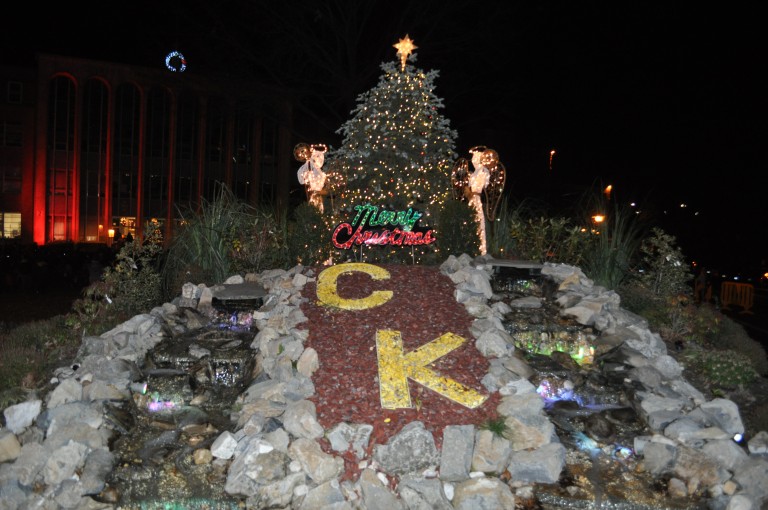 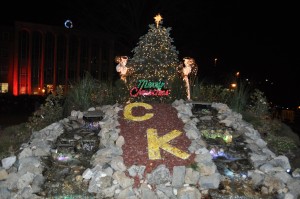 After a severe storm knocked down about 25 trees two years ago, Christ The King High School President Michael Michel had a dream of celebrating the lighting of its Christmas tree on top of the school’s lawn.

On the evening of Dec. 1, Michel’s dream was realized as the Middle Village-based Catholic school hosted its first annual tree lighting ceremony.

In a change from simply turning the Christmas lights on, Michel said the school decided to have a ceremony as a way to jumpstart the holiday season and to send a message to the Middle Village area that the school is always open to the community.

“It brings the community together at a time when everyone is happy and alive,” Michel said.

The ceremony featured a live performance by the school’s the- atre group. They sang classic Christmas songs like “Jingle Bells” and “Joy To The World” as well as “Let It Be” and “All Together Now”, which served as a sneak preview for their upcoming musical “The Beatles – A Musical Revue.” It starts on Friday, Dec. 9 and runs until Sunday, Dec. 11

For the ceremony’s younger audience, Santa Claus, along with SpongeBob SquarePants and Elmo, posed for pictures and gave out candy canes.

After the musical performance finished, the crowd, led by Santa and SpongeBob, gathered on top of the hill to watch the tree lighting. The audience counted down from three in unison and let out a big cheer after the tree was officially lit.

Alice Wenz, the facility manager and rental agent of the school was the main organizer of what she says will be the first of many tree lightings at the high school.

“This was a great success tonight,” said Wenz after the ceremony. “It‘s just to continue to keep Christ the King out there, so that they know that ‘hey we’re here, we’re a community.’ It’s the first of many to come.”

Landscaping and Design inc., a Middle Village-based company, fixed the front of the school after the storm hit, and Michel himself donated the tree to the school. He said that the tree cost about $800.