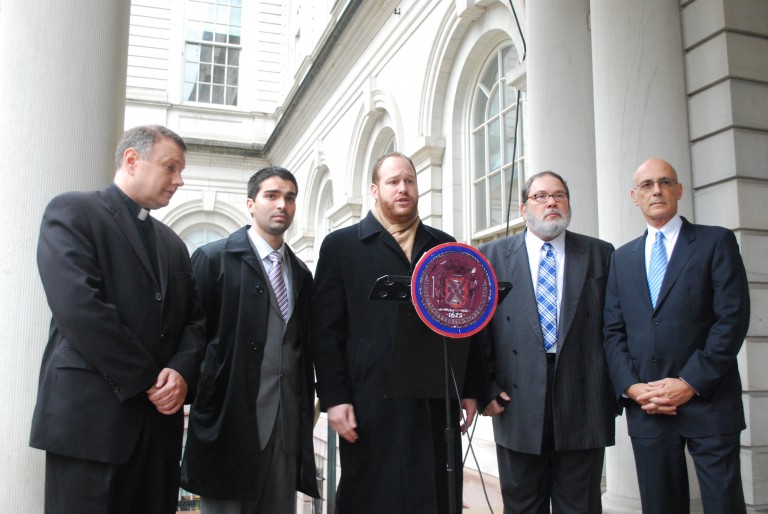 With Gov. Andrew Cuomo’s formal signing on Tuesday, the state has cut the MTA payroll tax for public and private schools, meaning that local private and parochial schools could be saving more dollars.

The agreement comes as part of a statewide bill—passed by the state legislature last week—that aims to reform the state tax code, expected to provide nearly $700 million in tax relief for middle-income taxpayers.

As part of that, private elementary and secondary schools, as well as parochial schools, would be exempt from the tax, enacted by the state in 2009, which finances part of MTA operating costs.

Prior to Tuesday’s agreement between Governor Cuomo, Senate Majority Leader Dean Skelos and Assembly Speaker Sheldon Silver, only public schools were exempt from the tax.

The elimination of the payroll tax is expected to save non-public schools an estimated $8 million annually throughout the region. Depending on the size of a school, that could translate into savings of anywhere from a few thousand to tens of thousands of dollars each year.

Maria Cuomo, principal of Our Lady of Grace School in Howard Beach, said she was “very excited” to hear the news of the tax being repealed, noting that it seemed that private and parochial schools were unfairly singled out in past years by the tax.

“We’re all hopeful that it’s a step in the right direction,” she said.

Michael Williams, principal of the Redeemer Lutheran School in Forest Hills, said he was glad the tax was repealed.

“I didn’t think it was fair to begin with, when it was enacted,” he said, explaining that he did not believe, when the tax was authorized, that religious or private schools should have to pay the tax when public schools did not have that burden.

While both principals estimate that their respective schools will save money without having to deal with the tax, both Cuomo and Williams said they still don’t know exact dollar figures in regards to how much that will amount to, and would have to consult with their schools’ bookkeepers in the coming days for that information.

However, Williams added, any amount of money the school could save in the midst of tough financial times would be welcome.

“This common-sense agreement recognizes the important role private and parochial schools play in our neighborhoods,” said Ulrich. “It wasn’t fair to tax them at a higher rate than public schools, and I applaud the state for eliminating this tax burden for all schools.”

“Simply put, this is an issue of fairness and equality. It’s not right to hold private schools to a different standard than public schools,” said Greenfield. “I applaud Governor Cuomo, Speaker Silver and Senate Majority Leader Skelos for addressing this double standard, which will help yeshivas and other private schools continue providing quality education for our children.”

Greenfield added that he was optimistic that this is the “beginning of a turning of the corner” in terms of equality for state aid to private schools.

Sam Sutton, co-president of advocacy group Education Association for Children in New York State (TEACH NYS)—which provides support to families putting children through school—also expressed the hope that this new act was a sign that the state was becoming more willing to reduce the financial burden on families with children in religious or other non-public educational schools.

“Since the MTA tax first went into effect two years ago, TEACH NYS has consistently advocated fairness for the non-public schools,” Sutton said. “We are grateful to our partners in the Jewish community and among the New York State Catholic Conference.”