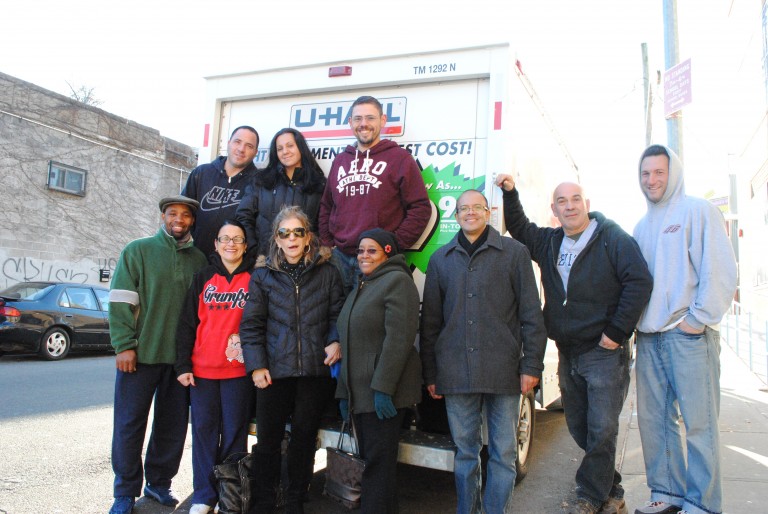 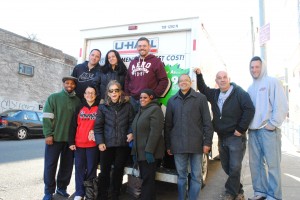 Teachers in Ozone Park are reaching out to their fellow New Yorkers upstate recovering from Hurricane Irene by donating some simple, but valued appliances.

As people living in Schoharie County—located in upstate New York—are still picking up the pieces from the devastation of Hurricane Irene, PS 65, the Raymond York Elementary School in Ozone Park, has donated several television sets the school owns to recovering households there, as part of an outreach program with Schoharie County Junior/ Senior High School.

When Hurricane Irene touched down in August, Schoharie was one of eight New York counties that were federally declared disaster zones, after the ensuing flooding from the Category 1 hurricane destroyed buildings, washed away roads and left hundreds in the area without power.

Since then, the New York State United Teachers—a statewide teachers union with more than 600,000 members—took it upon themselves to help families clean up their damaged homes in the upstate area.

Joan Doctor, a teacher at PS 65, was one of those who arrived to help back in October, during Columbus Day weekend.

The devastation, she said, was widespread.

“It was terrible,” Doctor recalled of what she saw. “It was more shocking to me because down here [in New York City], all we heard about was how things were fine; there was never any mention of what was happening upstate.”

Marilyn Manley, a teacher who works in the li- brary of PS 65, described the devastation she saw when she volunteered to go upstate.

“The water was almost to me…to my height, so you can imagine a house was probably filled with water,” she said.

While assisting, she remembered that PS 65 had several televisions—purchased with a state grant several years ago—that the school no longer uses since they purchased interactive SMART boards several years ago.

Doctor contacted Rafael Morales, principal of PS 65, about whether the school could donate those TV sets to recovering hurricane victims upstate.

Morales loved the idea, and the school reached out to its teachers to assist in packing the 15 televisions into a U-Haul truck, which they did last Sunday at the school before Doctor and two other school employees drove to Schoharie to deliver them.

When Lewey Fields, a volunteer who owns Liberty Fields Auto next to the school, found out about the school’s relief efforts, he donated some blankets and gave them a reduced price on the van.

“It’s just part of everyone coming to help out for a good cause,” he said.

Doctor praised the volunteers for their efforts in packing all of the donated supplies for the trip.

“Where do you see a school that has that kind of cooperation?” she said as she saw Morales helping volunteers load the television sets into the truck.

“You’ve got the whole community helping out,” Manley added.

This donation, Morales said, was just one of several school initiatives that PS 65 does each month with a focus on charity, such as Pennies for Patients, which benefits The Leukemia & Lymphoma Society, and breast cancer awareness.

“We try to make sure that our students get involved and realize that it’s about being smart and being a good citizen, being good people,” he said. “This [the television donations] is pretty much everyone in the school coming together to help out. And there’s no better time than the holiday season than to help out those who are less fortunate.”

Morales expressed pride in his school staff for coming out and volunteering their time on a chilly Sunday morning in order to help those in need.

“This is their time, I know that they don’t have to be here, so I’m very proud of them,” he said.