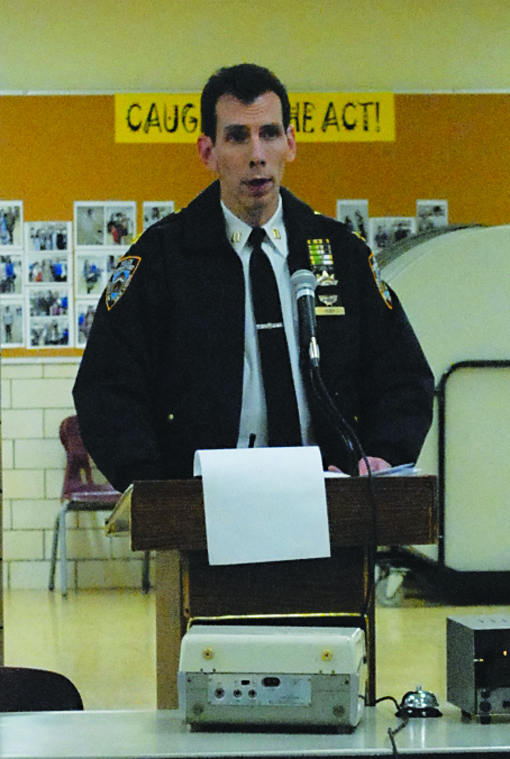 The Department of Transportation intends to make going to school safer for Queens kids in2012.

It’s a plan that’s needed in particular by two schools in Community Board 5’s jurisdiction that combined to have 375 accidents near the schools in six years.

In a report given to CB5’s Transportation ServicesCommittee last month, DOT officials said the K-8th school St. Stanislaus Kostka in Maspeth had 100 accidents near the school between1998 and 2004. I.S. 77 in Ridgewood had 275 pedestrian and vehicular accidents in the same period.

“In one case there was a fatality,” said committeemember John Schell, who was relaying the information to the CB as a whole on Dec. 14.

I.S. 77 and St. Stanislaus Kostka are among 35 schools in Queens the DOT has decided have problems with traffic safety.

To fix that, the department is launching SafeRoutes to School, a federally funded project that will calm traffic around those 35 schools.

The DOT plans to provide construction,which would slow down or calm the vehicular traffic by necking down the roadways at various intersections around the schools,” Schell said.

DOT will soon lay out plans to reduce road width and add center islands to get kids crossing the street out of harms way faster in addition to slowing down that traffic.

CB5 is waiting for finalized plans before they vote on the plan, but the DOT says it hopes to begin construction some time in 2012.

The DOT and CB5 want to talk about bike lanes.

A few community groups have floated ideas about routes, including along Rust Street. TheDOT specified that it is interested in the entire community board area, not specific neighborhoods,because the routes are meant to be contiguous throughout the city.

By next year, the DOT wants to meet with community boards and civics throughout the area to look at the bigger picture and hear concerns,interests or suggestions.

So far, Forest and Myrtle avenues have already met resistance for bike lanes because they’re so narrow, but other suggestions have come pouring in from community groups.

“DOT received a lot of suggestions fromthe Glendale Property Owners Association. They’re under consideration, but we will not install any bike lanes without coming back to the community first,” Hilary Gietz, a boroughplanner for the DOT, said, “So you guys will see them before they get installed.”

CB 5 members voted to petition City Councilmembers to produce legislation that will provide identification and directional signs to all of New York’s precincts.

The concern came up when members voiceda concern that 104th Precinct station is off any main drag and hard to find at 64-2 CatalpaAve. in Ridgewood. The station can be difficult to find and currently has no signage on major roadways leading to it.

As they’ve done in the past Chairman Vincent Arcuri suggested the board ask the DOT to install the signs.

“If it’s still a dead-end, then maybe it should be a citywide law that there should be signage in the vicinity of the precinct pointing people toward the precinct,” he said.

But CB members said they have gone throughthe DOT asking for the signs in the past and that it’s true dead end. They wasted no time voting yes on a motion asking local politicians to enact legislation.