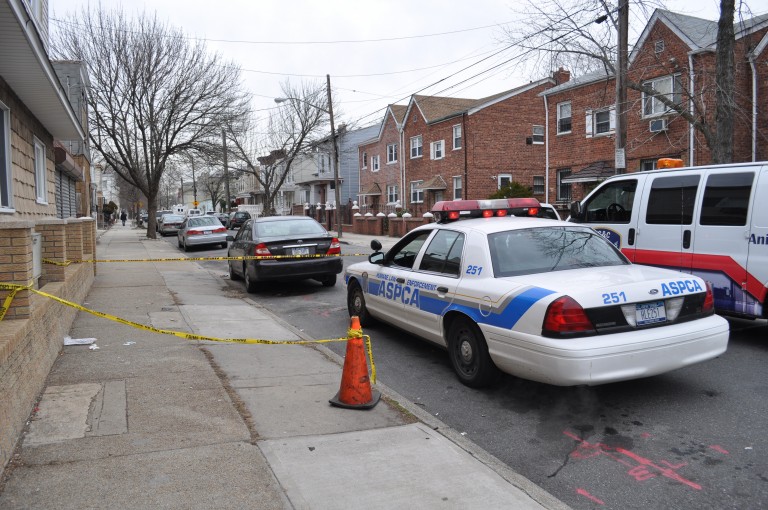 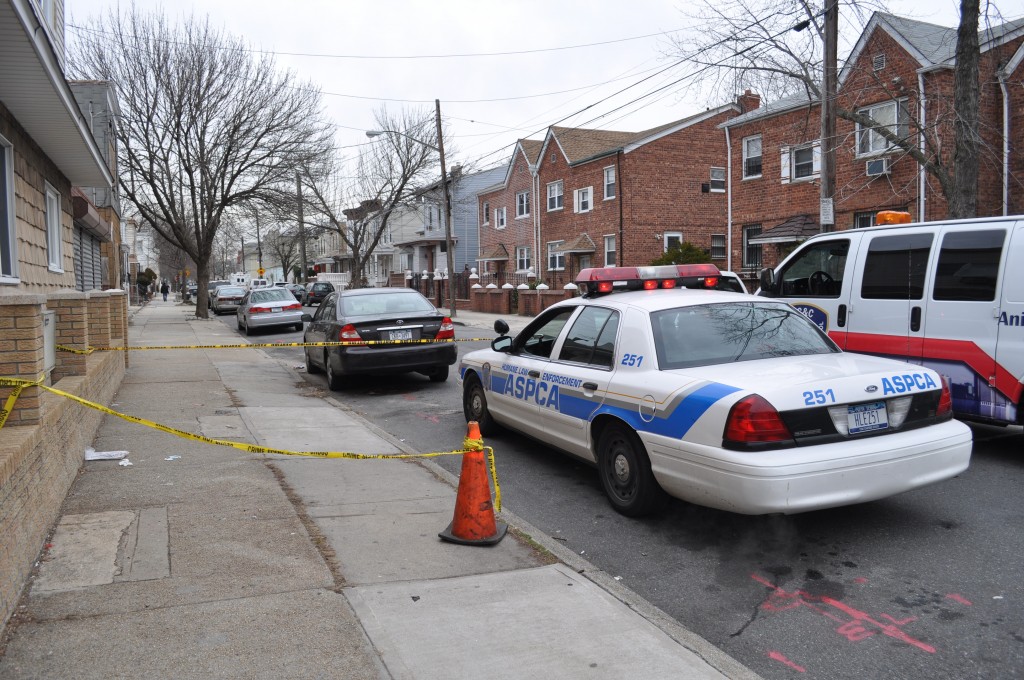 Animal cruelty and police officials are searching for a man who beat a cat to death in Woodhaven Tuesday night and threatened the life of a nearby bartender who tried to stop him.

Nancy Kennedy, the bar manager at Neir’s Tavern on 78th Street, told The Forum Wednesday that on Tuesday, just after 7 p.m., she was working her regular shift at the bar that she has worked at for several years when a man, who she described as a frequent patron, pulled up to the curb just across the street from the bar, where a small, black cat was standing.

For reasons unknown to her, Kennedy said the man, who she identified only as ‘Richard’, took what she described as a lug wrench and began savagely beating the feline.

“He beat a poor, innocent cat to death,” she said. “I’ve never seen anything like that in my life.”

The suspect was described by Kennedy as a man who has visited the bar often, and has gotten into fights with other bar patrons in the past.

“He’s always given me a lot of trouble,” she said.

Kennedy said the cat belongs to a local woman—whose name she did not give—and the cat often visited that spot across the street where the incident happened.

When a bar patron told Kennedy what was happening, she ran outside the bar to try and stop the man, at which point he threatened her life.

“He said he was going to finish me off, just like he did the cat,” she said, adding that she was still shaken up by the incident.

When the man took off shortly afterwards in a silver Nissan Maxima, police from the 102nd Precinct were called around 7:30 p.m., and arrived at 8 p.m., according to police officials.

Kennedy also called Ed Wendell, president of the Woodhaven Residents’ Block  Association, who arrived at the scene soon after and spoke with police and Kennedy regarding the matter.

“Obviously, it’s a concern when he threatened her life,” Wendell said.

Wendell said he contacted the American Society for the Prevention of Cruelty to Animals (ASPCA), who sent field officers to the scene.

Police officials from the 102nd Precinct confirmed that they had deferred the incident to the ASPCA for further action.

ASPCA officials confirmed Wednesday that their law enforcement division, which is able to make arrests, is currently investigating the situation.

Under New York State Penal law, aggravated cruelty to animals—when, with no justifiable purpose, a person intentionally kills or causes serious physical injury to a companion animal with aggravated cruelty—is a felony which may not exceed two years.

However, ASPCA officials added, charges relating to animal cruelty can range from a misdemeanor to a felony, depending upon the case.

Kennedy said she hoped that eventually, the man responsible would be caught and arrested.

“I want something to be done; I want that guy taken away in handcuffs. He killed a defenseless cat,” she said. Anyone with information regarding the case is asked to contact the ASPCA’s law enforcement branch at 212-876–7700, ext. 4450.