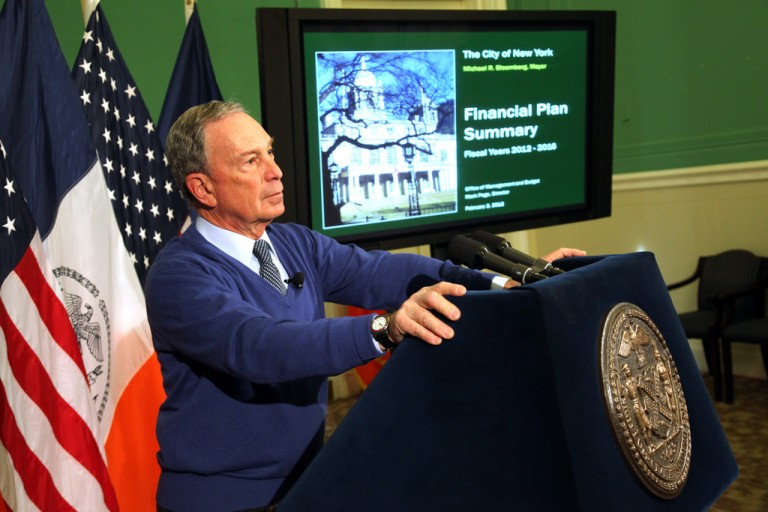 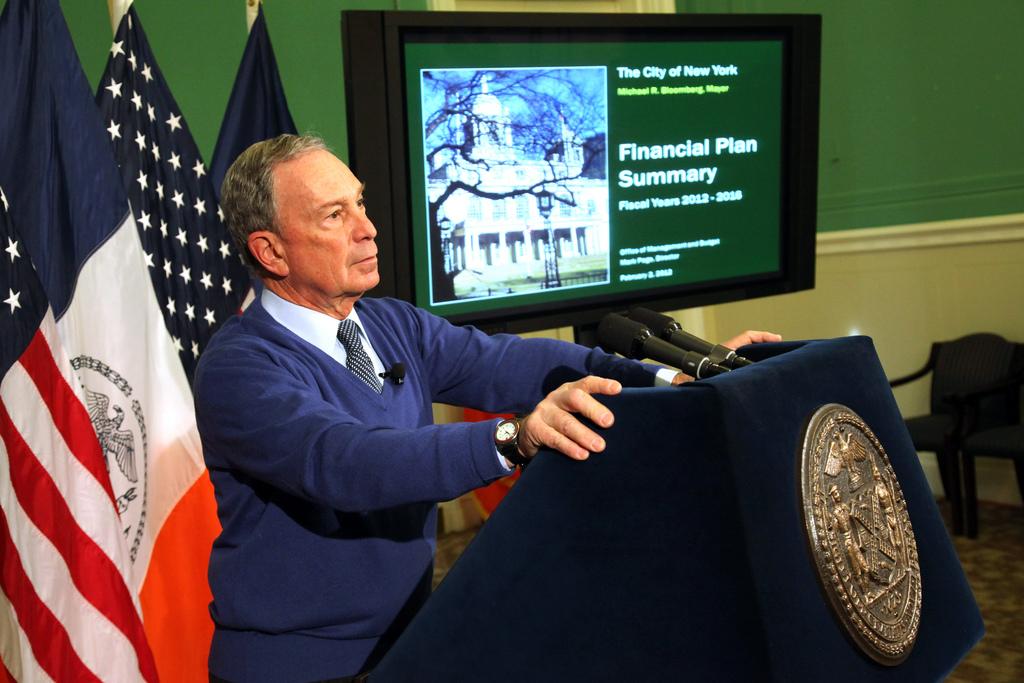 There would be no layoffs of uniformed workers or teachers and no tax increases to balance the budget for next fiscal year, Mayor Michael Bloomberg announced on Thursday,Feb. 2, when he laid out his fiscal plan for 2013 and beyond.

However, Bloomberg’s $68.7 billion preliminary budget for the upcoming fiscal yearwill exhaust the last of New York City’s reserves to close a $2 billion deficit and face a new challenge.

For the first time, Bloomberg said, pension and fringe benefits will eclipse the cost of actual salaries, making up 12 percent of the total budget.

“… We face a ticking time bomb in rising pension costs,” Bloomberg said. “The only way we will be able to continue to pay for top-quality public schools, fire and police protection, and other services New Yorkers need, and also to protect the very financial security of the pension system City workers rely on, is to adopt real pension reform.”

The mayor has pushed for another tier of employees that would receive 401k-style benefits instead of pensions with guaranteed benefits.

Bloomberg credited the balanced budget to sound fiscal planning as well as a rebounding economy.

He also praised the city’s ability to “do more with less.” He said the city has eliminated about 20,000 employees—6.6 percent—since 2001, mostly through attrition.

Bloomberg’s four-year plan also projected continuing deficits around $3 billion through the next three fiscal years, which, after this year, will be faced without any reserves.

The budget dance is just beginning though. Bloomberg’s proposal is the beginning of along process of negotiations and revisions that must end with the City Council’s approval this summer.

Once again, the stage is set to battle over fire companies, a point of contention between the council and mayor last year.

Last year, Bloomberg proposed cutting 20 fire companies. Ultimately an agreement was reached to save the stations, but he’s proposing the same number of cuts again this year.

Councilwoman Elizabeth Crowley (D-Middle Village), Chair of the Fire and Criminal Justice Services Committee, was a loud voice against the cuts last year and again spoke out on Feb. 2.

“Closing even a single fire company in New York City will lead to increased response times, more fire fatalities and millions of dollars in property damage,” she said.

Although there aren’t confirmed yet, the same stations are likely to be on the chopping block, Eric Yun, a spokesman from Crowley’s office said.

The proposed budget would also cut millions from libraries and after-school programs.

In a joint statement, Finance Chair Domenic Recchia and Council Speaker Christine Quinn were positive but said some cuts—as well as the idea that fines are a revenue-raising tool—were troubling.

“I was also pleased to know there were no new major cuts proposed this time around,” Recchia (D-Coney Island) said. “However, the City Council and I need to look more closely at the cuts proposed in the mayor’s November plan and ensure that the public receives adequate, undisrupted municipal services from our firefighters, sanitation workers and others.”