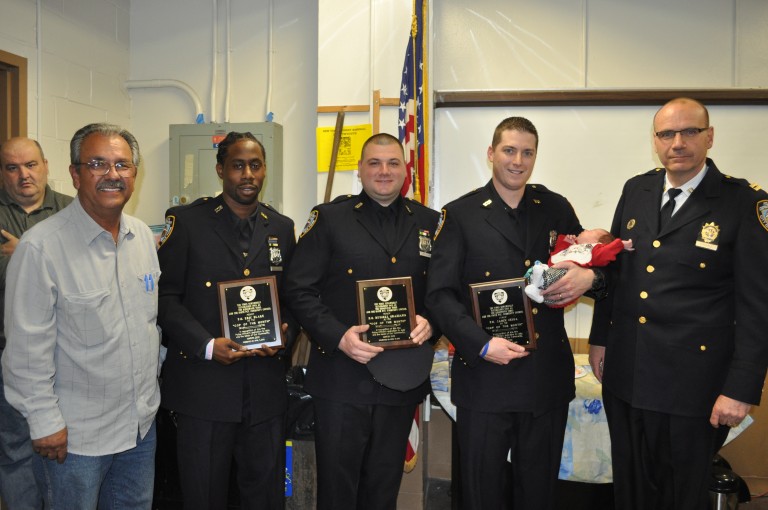 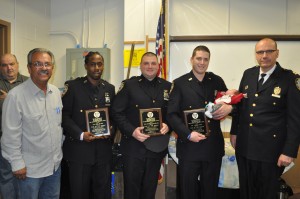 The trio got their awards by arresting three men on March 30 who were involved in a car chase. The three police officers caught two of the three men near Woodhaven Boulevard and 103rd Avenue, when all three men jumped from their car after crashing into another vehicle.

The third man was arrested later – when he went to the 102nd Precinct and tried to report his car had been stolen.

Pascale said police found two guns in the car. The suspects have been charged with firearm possession.