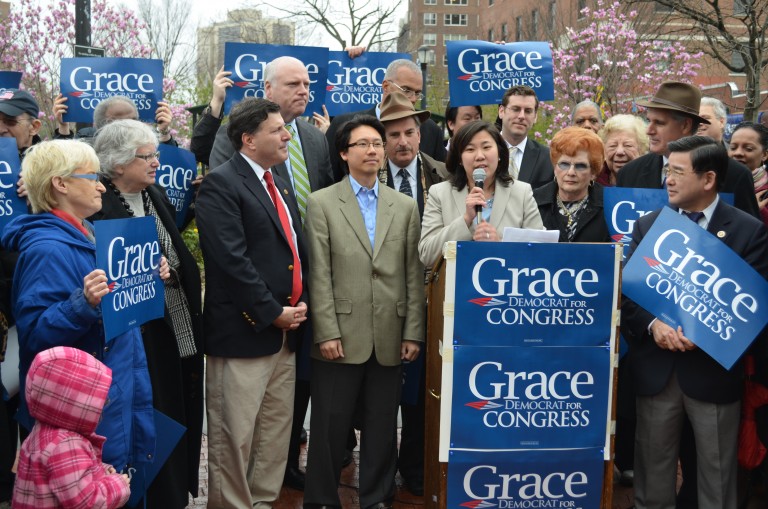 Councilwoman Elizabeth Crowley, Assemblyman Rory Lancman and Assemblywoman Grace Meng rolled out more endorsements in the past week and all tried to show their chops as champions of working-class voters in the run for the 6th Congressional District. 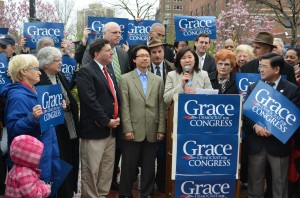 Meng and Lancman had events on April 16, both adding to their stable of backers.

The two followed the trend of previous endorsements, with Lancman adding another union and Meng adding more politicians.

On the steps of city hall four likely mayoral candidates joined Meng to announce their support.

“She’s somebody who has demonstrated time and again that she has important democratic values,” Quinn said.

She also called the Assemblywoman someone known for uniting lawmakers.

He has shown a strong foothold with labor so far in the campaign, and leaders of this 70,000-member union met with him at a Verizon call center to protest tax inequality.

“Tomorrow on tax day, ordinary Americans will fork over nearly a third of their income in taxes, while the Mitt Romneys and the Verizons of the world will get off without contributing their fair share,” said Lancman. “I’m extremely proud to have CWA by my side in this campaign; we’ve stood together before on picket lines, at rallies, and in the Assembly, and with their support in this race, I’m looking forward to standing with them in Congress and fighting for a tax code that honors work, not just wealth.” 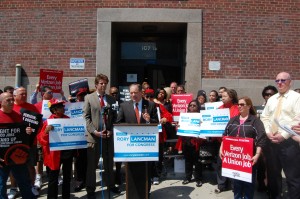 Lancman also indirectly took a shot at Manhattan where Meng was making her announcement.

“I’m running for Congress because we need a tax code that helps working families in Queens, not one that rewards millionaires in Manhattan,” Lancman said.

Meng too hit notes in her announcement about working families though.

Councilwoman Crowley accepted the backing of a union herself on April 11.

The 15,000-member Mason Tenders District Council of Greater New York and Long Island threw its support behind her.

Its leadership too called their chosen candidate a fighter for the workingman. 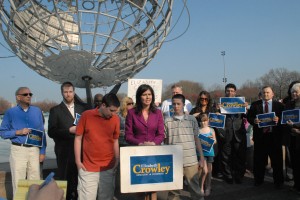