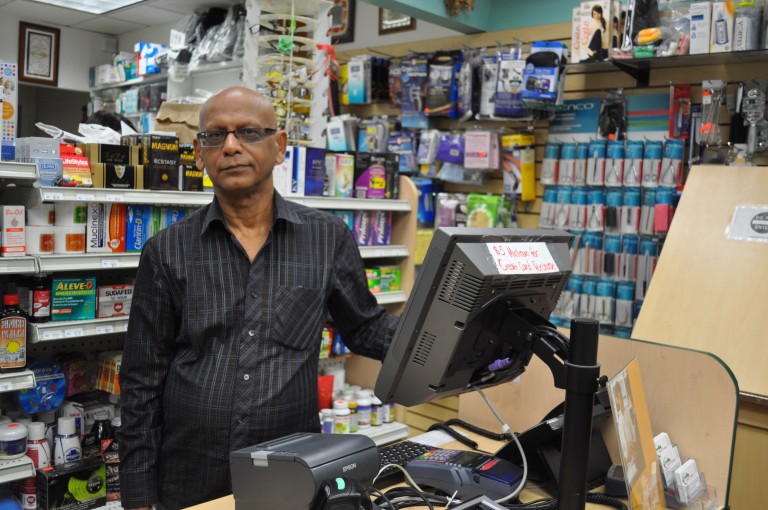 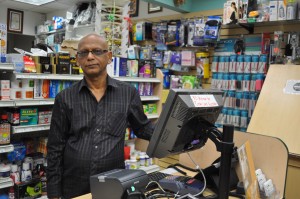 Mani Ghosh, the manager and nutritional consultant at Healthy Corner Pharmacy in Forest Hills, is among the store owners that have lost business since JetBlue moved from Forest Hills to Long Island City. Ghosh said he recovered from the loss by increasing community outreach in the neighborhood.

The departure of a major airline company has left some Forest Hills store owners struggling and hoping to survive the loss of business.

About two weeks ago, JetBlue Airways, a Queens-based airline company that has its main base at John F. Kennedy International Airport, opened its new headquarters in Long Island City. Its previous location had been at the Forest Hills Towers on Queens Boulevard in Forest Hills, near where Queens Borough Hall and Queens County Supreme Court are.

JetBlue took about 900 employees when it moved to its new location. Their departure has affected the amount of business some store owners near the towers are getting since the company left.

Roman Davidov, who is part-owner of Hot Bialeys & Bagels, which is about one block away from the towers, said that his store has lost roughly 20 to 30 percent of business since JetBlue moved away from Forest Hills.

“Of course if 8 to 9,000 people leave, it’s going to affect business,” said Davidov, who owns the bagel store with his brother, Matt. “We’re in survival mode at the moment.”

As a result of the business loss, Davidov said that he’s had to be moderate on expenses for the store and personal expenses as well.

He also said that while he hasn’t cut hours from his employees yet, it is something that he is considering – but is hoping to avoid.

“If I can cut about an hour or two then I’ll do that,” Davidov said. “But I’ve got to be fair to my guys too.”

Nilesh Patel, president of Vasu Convenience store, which is across the street from where JetBlue was, said he has lost about $50-60 every day since the airline left.

Although Patel said that he doesn’t think he is in danger of closing the store for good, he did say that he might have to stay open one or two hours later to make up for the lost money.

“This is a low-profit business,” Patel said. “It’s not easy to survive.”

While those stores are affected by JetBlue leaving the area, other businesses say they’ve been able to manage without it.

Mani Ghosh, who is the manager and nutritional consultant of Healthy Corner Pharmacy, which is next door to the Bialeys & Bagels store, said that while they did lose about 5 to 6 percent of business after the airline left, they were able to recover from that by increasing the amount of community outreach.

He added that he’s optimistic his store will be just fine without JetBlue in the area.
“We are not missing them; they will miss us.” Ghosh said.

As for who will come in to fill the void JetBlue has left, Ken Siegel, who works as the international managing director for Jones Lang LaSalle, a real estate firm that is looking for a new tenant of the open space, said that the office space JetBlue was in is very attractive to potential suitors and they have gotten many companies, both local and from Manhattan and western Long Island, that have expressed interest in moving into the available space. He declined to say what companies are interested.

According to Siegel, there is about 250,000 feet of available space in the towers, that have 17 stories in total. The available space goes from floors one to 11, with about 22 to 24,000 feet of space per floor. He added that the building also comes attached with a 580-car parking garage, which is rare for a building of that size, he said. It is also located near the E and F subway lines and major highways like the Van Wyck Expressway and the Jackie Robinson Parkway, which makes it an easy area to commute to, Siegel added.

Siegel said that the real estate firm is willing to sell the space to either one big company that will take up all 11 floors or to a few different companies that would take up a few floors each.

Both have their positives, he said. If you sell it to one company, then you can occupy the space in a single transaction and increase the profile of the building. If it is sold to multiple tenants, it may lower the building’s profile, but those companies tend to stay there for a longer period of time.

Siegel said that he expects to lease the available space within the next six months.