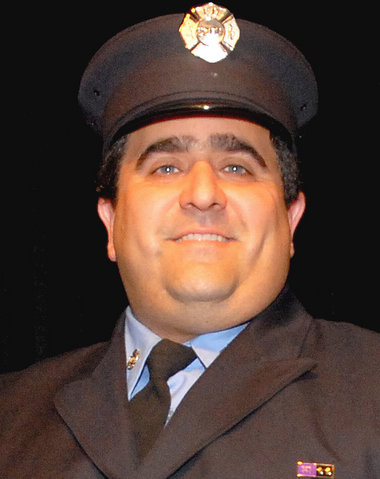 Family, friends, coworkers and thankful citizens are mourning at the passing of Lt. Richard Nappi, a 17-year veteran of the FDNY.

He was 47 when he died Monday from a heart attack while he helped battle a blaze at a commercial building in Bushwick.

Nappi was leading a team running a hoseline on the first floor of the building when he overheated and collapsed on the unseasonably warm day. Fellow firefighters took him outside on a stretcher.

Officials said he was initially awake and alert, but when he was put into an ambulance he suddenly went into cardiac arrest.

He was rushed to Woodull Hospital in Bedford Stuyvesant, where he died.

On Sept. 11, 2001, Nappi was off duty from Engine 7 in lower Manhattan. He responded anyway and reported to the World Trade Center, blocks away from his station.

Lt. Nappi is survived by his wife, Mary Anne, and their children Catherine, 12, and Nicholas, 11.

“Outside his family, his life’s work was keeping New Yorkers safe from fires,” said Mayor Michael Bloomberg in a press conference announcing the tragedy. “And by any measure, he succeeded magnificently.”