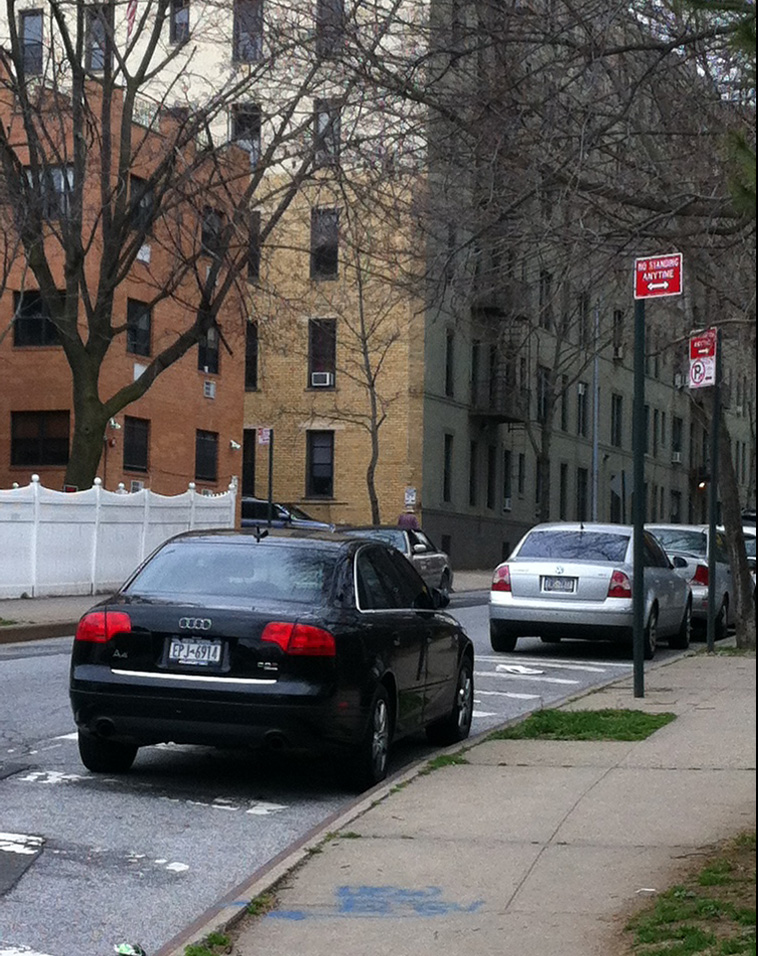 The sign labeling the zone as No Standing Anytime is one that DOT officials say is not covered by any city issued parking permit. Forum Newsgroup Photo by Patricia Adams.

Complaints have long been lodged about parking abuse by privileged officials who display city-issued permits in the front window of their vehicles and occupy parking spots clearly marked as no standing any time zones.

Residents near Kew Gardens Road and 84th Road in Forest Hills say they know first-hand about the placard abuse—with at least three cars regularly parked in the clearly marked stretch every day.

The problem, according to those that live in the area, is that after confirming with DOT and traffic agents repeatedly that the permits do not allow for parking in these zones, the cars are never ticketed or towed. Neighbors say they have called the DOT, 311, the police station and the community board to no avail.

Robert, who has lived on Kew Gardens Road for the last ten years, said it’s a matter of principle with him and many of his neighbors. “Many of us who have vehicles spend a lot of time trying to locate parking spots that are legal. It’s really a slap in the face to see these clowns pull up and dump their cars for a few hours.” The law-abiding resident says he’s had enough of these “uncivil servants” who abuse 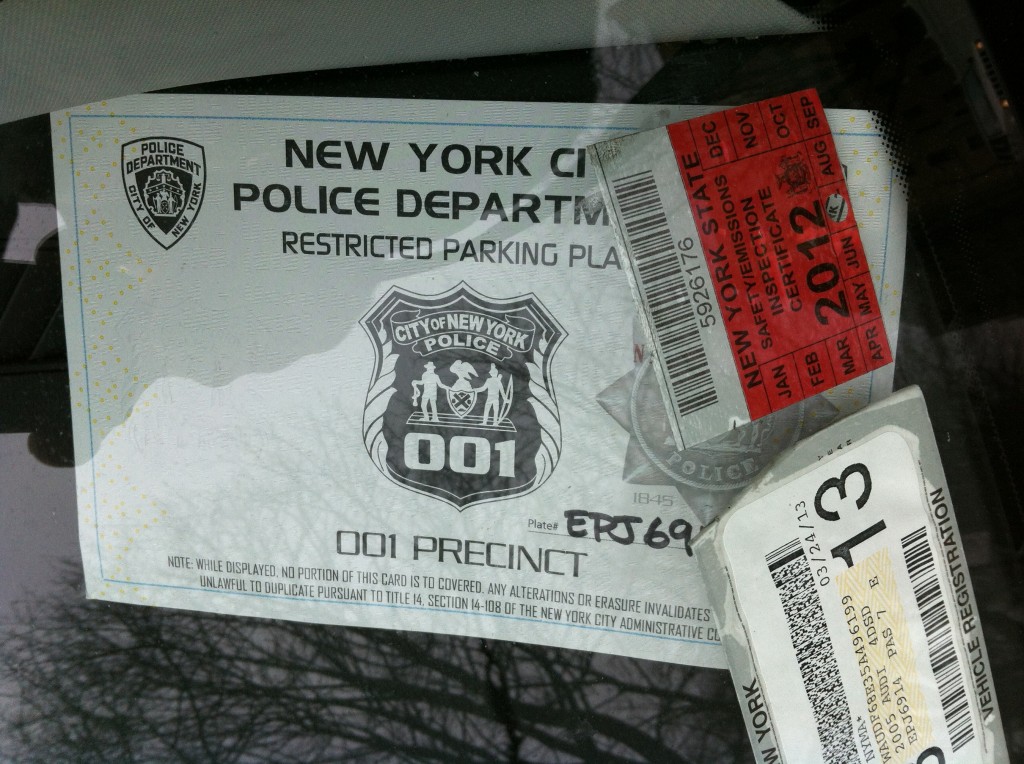 A close up of the dashboard clearly shows the agency responsible for the issuance of the placard being used illegally in the Forest Hills location. Forum Newsgroup photo by Patricia Adams.

According to the rules, the permits are not meant to allow government employees to block fire hydrants, avoid paying parking meters, park on sidewalks, in no standing, no stopping zones or anywhere else they want. Still, residents say there is no action taken against them.

Opponents to the placards say the system of issuance is where the real culprit lies. John Mason, another resident frustrated by the illegally parked cars told The Forum that much of the problem stems from the way the permits are created and distributed. “They are basically laminated pieces of paper with logos and holograms on them,” Mason explained. “One trip to Staple’s after a few minutes on your home computer and you, too, can be the bearer of a parking permit.” And odds are, he said, you’ll never get a ticket. In fact, one driver he approached offered to make him a copy of the placard.

The main concern of residents about this particular strip is that it lies on a curved portion of road bordering the cemetery and continues to disrupt traffic, create safety hazards and degrade quality of life.

Recently there was a break in the action when construction involving a water main tore up the street and left the cars without a space to park. They returned however, the minute construction ended.

The Forum has taken steps and documented the license plate numbers and details about times the cars were seen parking at the location over a few weeks and will attempt to get successful intervention from the proper agencies. Please watch for follow-up coverage.