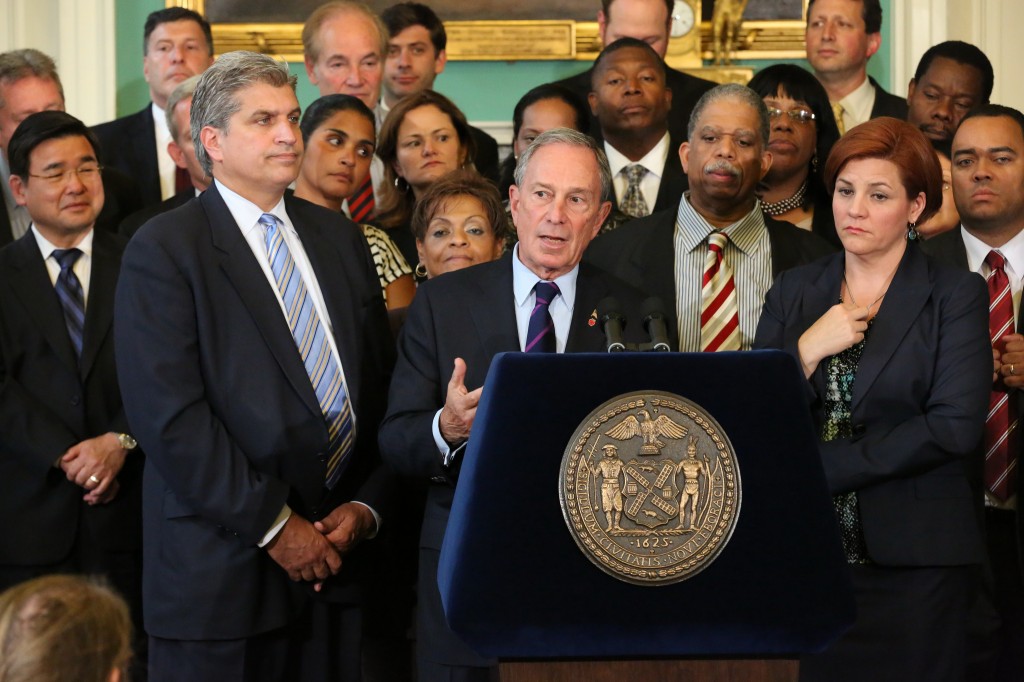 Child-care slots and firehouses will not be cut in this fiscal year’s city budget, Mayor Michael Bloomberg and the City Council announced Monday.

Days before the June 30 deadline, Bloomberg and City Council Speaker Christine Quinn reached an agreement to balance the $68.5 billion budget without layoffs, tax increases or the sweeping cuts that had been looming over some social services.

“Working with our partners in the Council, we’ve again produced an on-time, balanced budget for our city that doesn’t raise taxes on New Yorkers, and that preserves the essential services that keep our city strong,” Bloomberg said.

The mayor again threatened to close 20 firehouses, drastically reduce cultural funding and cut thousands of after-school and child-care slots throughout the five boroughs.

“This budget saved jobs, maintained vital public services, and secured a strong financial footing for our city going forward,” said Councilman and Finance Chair Domenic M. Recchia Jr. “Most importantly, we made the right investment in our future and put children and families at the forefront of this process. Now, tens of thousands of families throughout New York City can rest assured that the daycare, early-childhood education, and after-school programs they depend on will be there for them.”

Libraries, too, will avoid most of the almost $100 million cuts proposed for the system—$26 million of which would have come from Queens libraries.

The proposed budget would restore about $90 million of that money. The council members now have until June 30 to approve the budget.

The mayor and council avoided most of the cuts by pulling $2.4 billion from reserves and an additional $1 billion from a trust for retirement health benefits.

Those moves shore up this budget, but also relies on one-shot fixes, which may not be available for next year when the city expects to face a $2.5 billion deficit.

“When times were better, the city set aside surplus revenue—and when the first storm clouds gathered in 2007, we began cutting budgets,” Bloomberg said. “These actions—and our work over the past decade to diversify the economy and make it less reliant on Wall Street—have allowed us avoid the severe service cuts that many other cities are facing.”

The budget also relies on one-time revenue from the sale of taxi medallions, which Bloomberg proposed as part of the outerborough hail plan.

Originally, the city expected to plug the $1 billion budget gap in the 2013 fiscal year budget with medallion sales.

But earlier this month a New York State Supreme Court Justice issued an injunction stalling and potentially halting the sale.

The budget, however, still relies on the revenue from the sale, with $635 million planned for the upcoming fiscal and another $825 over the next two fiscal years.

The mayor’s office said this will compensate for the “delays” from the court battle over the sale but ultimately result in more revenue.

“We face a significant challenge again next year, but given the effective and fiscally responsible partnership we’ve had with the Council, and the leadership we know we can rely on from Speaker Christine Quinn, I’m confident we’ll meet any challenges that arise,” Bloomberg said.