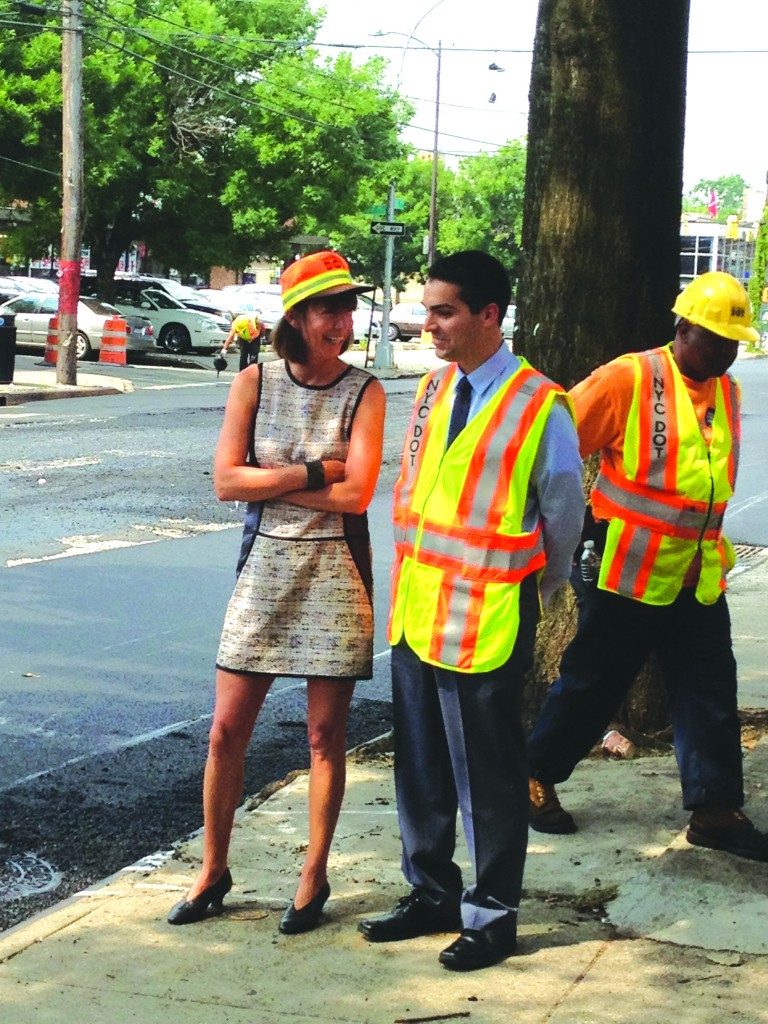 It was also back in 1988 that the people in Ozone Park got their streets paved.

Nearly twenty -five years later through the efforts of Councilman Eric Ulrich (R- Ozone Park) , the Department of Transportation (DOT) is milling its way back into the hearts of many Ozone Park residents.

Ulrich held a press conference last Friday morning with City DOT Commissioner Janette Sadik-Kahn and Borough Commissioner Maura McCarthy in attendance to discuss the progress of paving crews dispatched to the area that hasn’t seen newly paved streets under the leadership of the last three councilmen to precede Ulrich.

DOT crews have spent the last couple of weeks preparing stretches of roadway in Ozone Park, first by chopping up the streets and then laying down badly needed asphalt.

The local initiative has resulted in the resurfacing of streets along 75th and 101st Avenues and on 80th, 84th, 85th, 90th and 93rd streets.
“This is a great opportunity to thank the DOT for such a great job,” said Ulrich. “When I asked for such a large amount of work to be done, I met with a few raised eyebrows,” he joked, “but then the machines were rolled out. The community is very appreciative.”

And while Ozone Park was the focus of Friday’s press conference, the paving is part of a 1,000 mile program for the city with 300 miles of Queens paving included in that total.

After their targeted paving of lesser travelled streets, the DOT will focus in the upcoming months on heavily trafficked arteries like Northern, Woodhaven and Queens Boulevards.