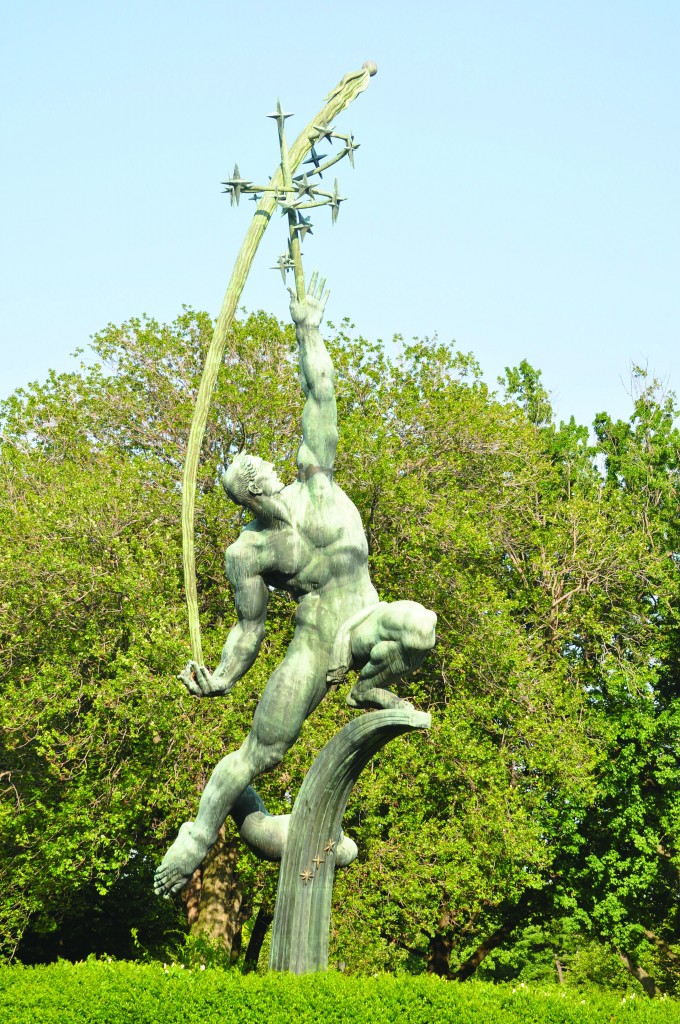 The Rocket Thrower statue in Flushing Meadows-Corona Park will get $10,000 toward restoration just for entering a competition for funding. Forum Newsgroup photo by Luis Gronda.

Many historic sites across the five boroughs are set to get funding for much-needed repairs thanks to a citywide program that allows the public decide on where the money winds up.

The program, called the Partners Preservation, gave 40 sites the opportunity to compete for votes through social media in order to get a slice of funding for renovations. It is funded by the National Trust for Historic Preservation (NTHP) and American Express. In total they gave $3 million for renovations.

In May, four of the winners were announced. The Brooklyn Public Library, Congregation Beth Elohim, also in Brooklyn, the New York Botanical Gardens and the BartowPell Mansion Museum, both in The Bronx, garnered the most votes in the competition.

The two groups met again in June to decide how the remaining money would be allocated and in mid-June, 16 additional 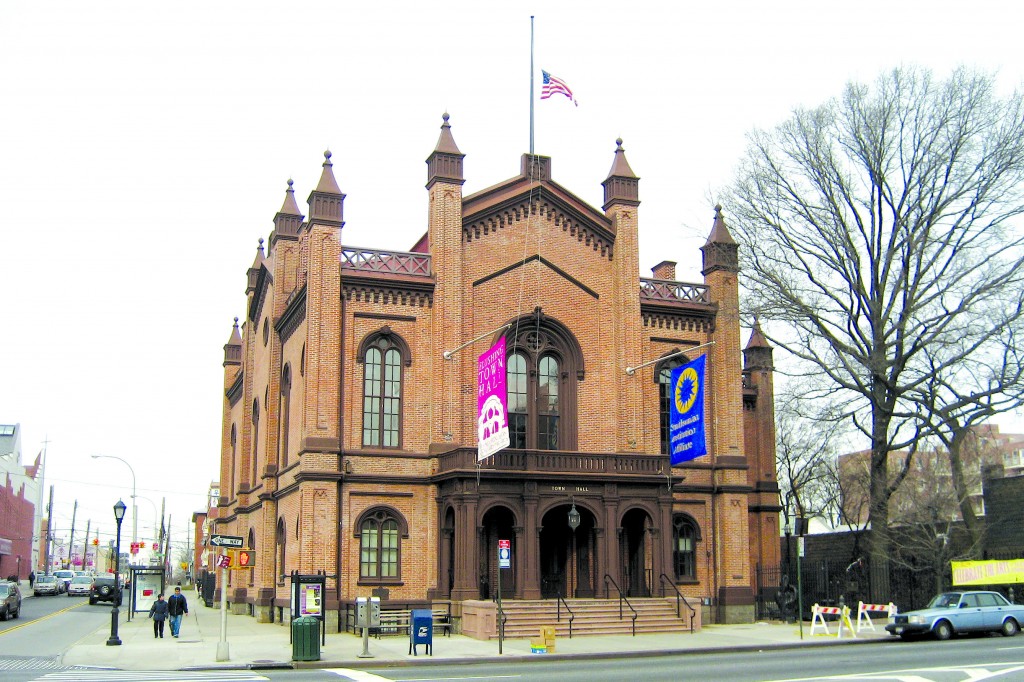 Flushing Town Hall on Northern Boulevard will receive $100,000 to renovate its windows and roofing. File Photo.

Out of the 16 sites, six of them are in Manhattan, the most out of the five boroughs. Four are in Brooklyn, three in Queens, two in Staten Island and one in The Bronx.

The three sites in Queens that will get repair money are Louis Armstrong House Museum in Corona, Flushing Town Hall in Flushing and the Queens County Farm Museum in Floral Park.

According to a press release by the NTHP, The Armstrong House Museum will get $150,000 to repair the exterior of the building including patio woodwork and the interior such as the bathroom tiles.

The Flushing Town Hall will get $100,000 and the Queens Farm Museum will get $80,000, which will go towards exterior renovation to both sites.

Stephanie Meeks, president of the NTHP, said that the competition has brought to light the historic sites that are in New York and the money for the renovations will benefit them long term.

“The long term benefits of the program are evident with the increased engagement of local preservationists by the historic sites through their web pages and social media channels, coupled with an increase in visitors to the sites themselves,” Meeks said.

In addition to the 20 winners, the remaining 21 places that entered the competition each received $10,000 for its participation.

That includes the Rocket Thrower in Flushing Meadows-Corona Park and the Astoria Pool.