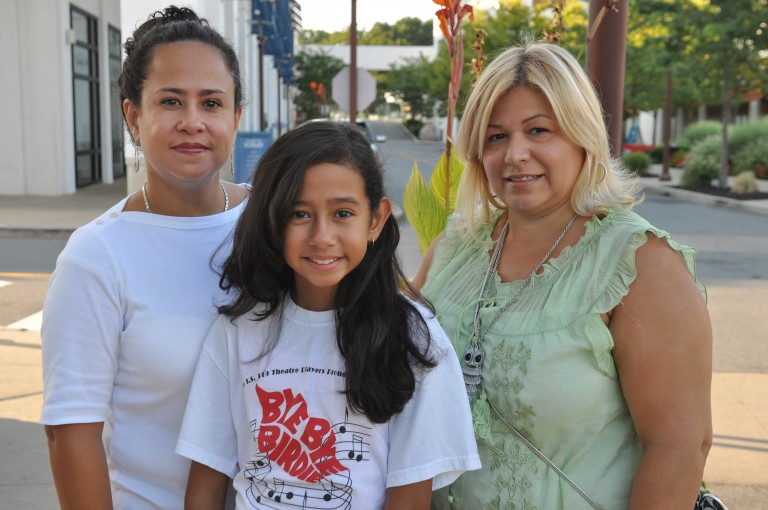 Cristina Valdez (left) and Darlene DiSanti (right) are among the parents petitioning to get Behlivanis rehired at P.S/I.S 119. Cristina’s daughter, Elina, (middle) was a member of his drama program this past school year. Forum Newsgroup photo by Luis Gronda.

A popular teacher from a Glendale school has recently been let go and a group of parents are leading an effort to get him rehired.

Evan Behlivanis, who was a drama teacher at PS/IS 119 in Glendale, has been excessed due to what the parents say was cuts in the school’s budget. Behlivanis was at the school for nine years and ran a popular dram program, which included a bi-annual stage production that was open to kids from the 6th, 7th and 8th grades.

The parents that are leading the charge to get him back at the school are Darlene DiSanti, Cristina Valdez and a third parent who did not want to be identified for this story.

The trio say that Behlivanis, or Mr. B for short, was a teacher that cared a lot about his students and got kids who were struggling to be more active both in their school work and socially through the drama program that he ran.

“He gets kids to come to school who are strugglers and who had been anti-school,” said the third parent, who also has kids that attend the Glendale school.
DiSanti said that being a teacher and helping young kids mature is something that Behlivanis took great pride in.

“He had once told me ‘I’m actually doing two things that I love,” she said, recalling a conversation she had with him. “‘I’m dealing with the theater and I’m dealing with students.’”

DiSanti added that Behlivanis helped implement a program called Arts Achieve, which teaches students about the arts but also integrates other subjects like social studies and combines that with the arts as well.

Valdez said that her son was previously in his theater program for three years and it was something that he enjoyed very much. 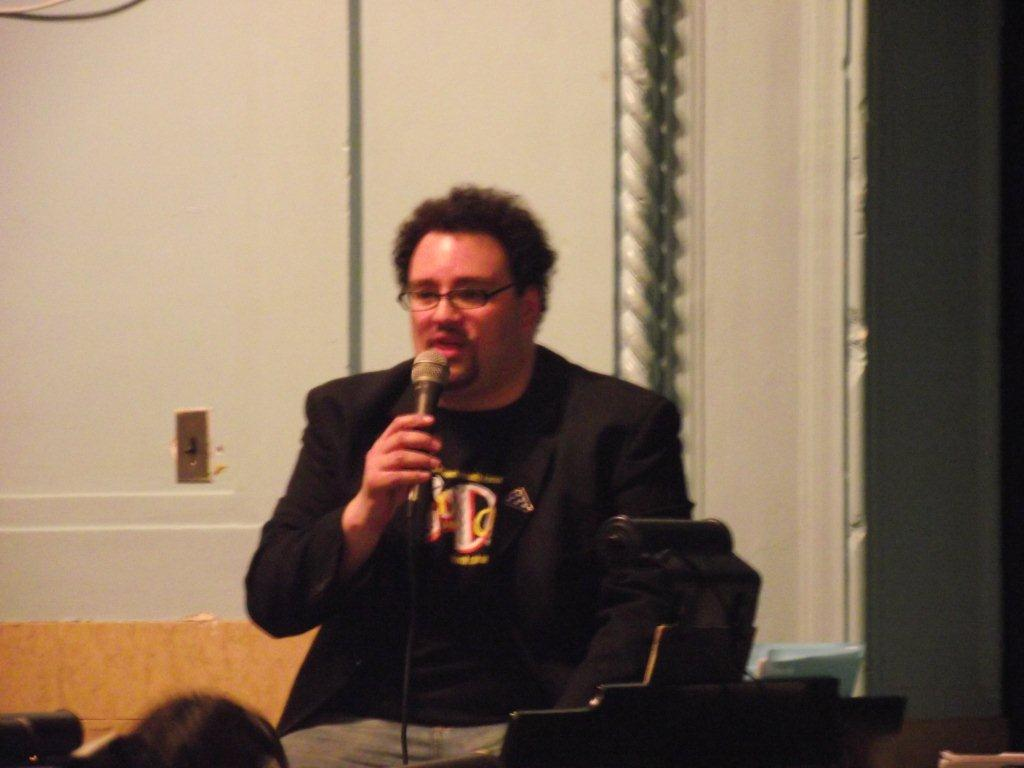 Evan Behlivanis was recently let go from P.S/I.S 119 in Glendale after being at the school for nine years. He ran a popular theater program at the school. Photo courtesy of Darlene DiSanti.

Valdez’s 11 year-old daughter, Elina, was also in the program this past school year. She said that her daughter previously attended P.S 113, also in Glendale, but she left that school, and leaving behind all the friends she had since kindergarten, to go to 119 mainly because she wanted to be involved in Behlivanis’ drama program.

“Ever since she saw her brother up on stage, she said ‘I want to be on that stage.” Valdez said.

Elina struggled to hold her emotions together as she described how she felt about Behlivanis no longer being at the school.

“Mr. B really means a lot to me,” she said, the tears that rolled down her face, drew tears from DiSanti and Valdez.

Nick Comaianni, president of Community Education Council 24 (CEC), the district that 119 is in, said that his kids also had Behlivanis as a teacher and that it’s unfortunate that the school had to let him go due budget issues.

“It’s a tough choice to make, you either overcrowd your schools or cut the drama program,” he said. “The city obviously doesn’t care about how it impacts the community when they make these cuts.”

With Behlivanis no longer a teacher at the school, the future of the drama program itself is now shrouded with uncertainty.

The trio said that they would be devastated if he was unable to come back. They are worried about what would happen with the kids that were in his class and where would they go if it is discontinued. The school also has a band and chorus programs that the students could be transferred to.

They are hoping to hear from P.S/I.S 119 about what will happen before the new school year starts in September.

“I want to go in there before school starts and know what my child is going to do,” Valdez said.

In the meantime, the parents are driving up support from fellow parents and other students who want to see Behlivanis return to the school. They have been reaching out to local politicians like Councilwoman Elizabeth Crowley (D-Middle Village) in hopes of getting support from elected officials.

A Facebook page has also been started, which is called “Get Mr. Behlavanis to stay in 119.”

The parents say that the page was created by a student from the school and is being used like a petition to gather support. As of Tuesday, the page has 463 “likes.”

Behlivanis declined to be interviewed by The Forum for this story as he did not want any interference with potential rehiring.

Jeanne Fagan, the principal of P.S/I.S 119, did not return a phone call to the newspaper requesting comment before press time.