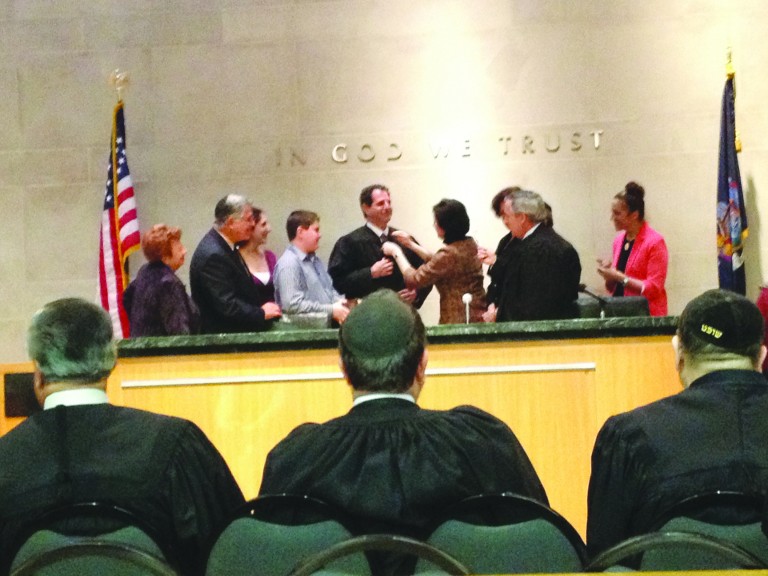 Forest Hills resident Larry Love will be getting a new office on January 1st. Love, a former private practice attorney, was elected to the New York City Civil Court, 5th District on November 6th. He was sworn into office amont later on December 6th in Queens.

Love ran unopposed in the last general election and was endorsed by Democratic, Conservative, Republican and Independence parties.

The New York City Civil Courts are a trial court system of limited jurisdiction in New York City. They preside over landlord-tenant cases and claims of up to $25,000. They also include a small claims part for the informal resolution of cases involving amounts of up to $5,000 “I was in private practice for 20 years,” Love said. “And I still live in Forest Hills,” he said, noting that he’s also lived in Rockaway for a time.

Love, who attended Queens College and Hofstra Law School, recalled that he was very happy having his own law practice and working for then-Assemblywoman Audrey Pheffer, who left office last year to become Queens County Clerk.

Reflecting on his initial decision to run for civil court judge, he said “When I realized Audrey was leaving, I thought to myself that after 20 years as a sole practitioner, it would be nice getting more involved in public service and still using my skills as a lawyer.” Love ran his own Queens-based law practice where he assisted thousands of clients and fighting for their needs and rights.

In addition, Love said he had the privilege to serve as an aid and then legal counsel for Assemblywoman Audrey Pheffer for 24 years, helping Rockaway residents navigate the legal system while providing assistance in various legal issues. He’s also served as counsel for Assemblyman Phil Goldfeder.

Having lived his entire life in Queens, Love admitted “I really enjoy the diversity, all the varied neighborhoods, the food and the cultures. I really enjoy all the many different neighborhoods and people. It’s what makes Queens so great.”

Love’s private practice experience seems a near-perfect fit for his spot on the bench in civil court.  “As a private practice attorney, I handled a wide spectrum of cases but specialized in personal injury and court-appointed referee work,” Love noted. “Civil court is right up my alley.”

“Having appeared before dozens of judges and interacting with hundreds of attorneys as colleagues and adversaries will afford me a unique perspective as a Judge,” Love said.  Further, Love said that he’s also served as a Court appointed Referee, Receiver and Guardian in hundreds of cases.

Asked about pressing issues he sees in the civil court system, Love declined to comment. “They don’t want judges discussing issues related to the courts or cases,” he said.

“Just seeing the devastation that so many people suffered through, it reminded me of how fragile life can be. I hope that I can be a comfort in some way to people in the Rockaways and Howard Beach who are still putting their lives back together.”

In all, said Love, “I’m honored people have given me the opportunity to give back to the community.” 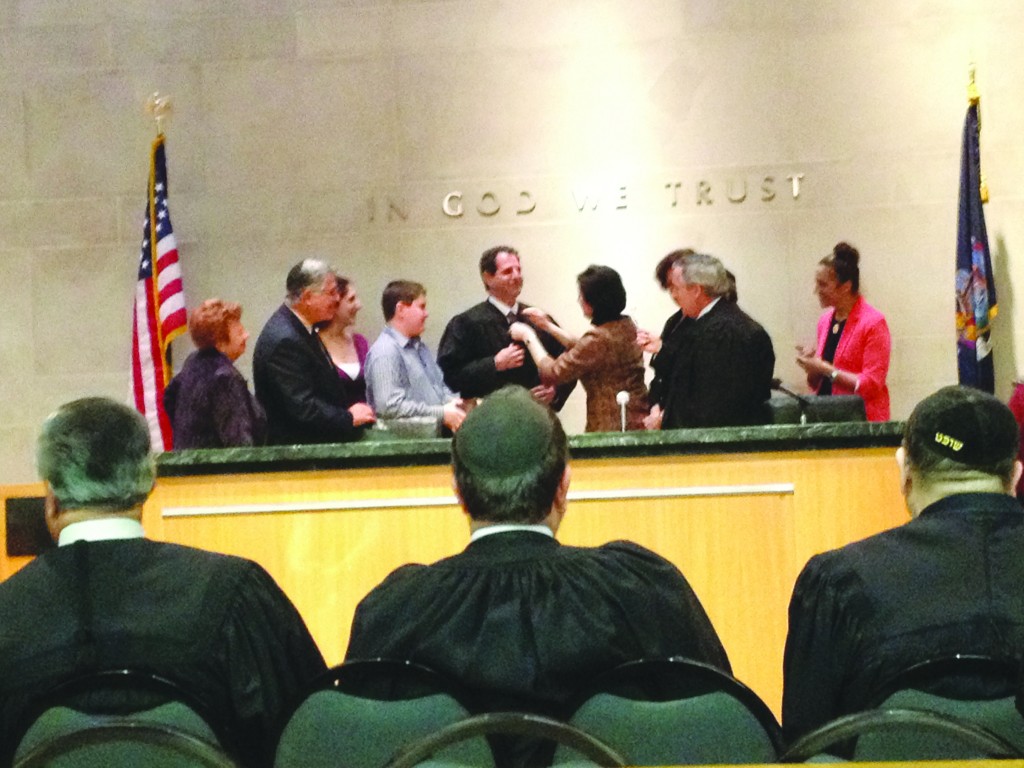 Surrounded by family and friends, Larry Love is sworn in as a Justice of the New York City Civil Court.