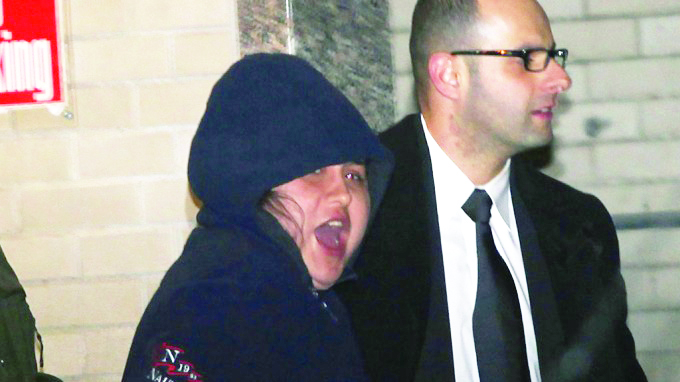 The woman who pushed a 46-year-old man to his death last month was found fit to stand trial by Acting Queens Supreme Court Justice Dorothy Chin-Brandt this week.

According to the office of Queens DA Richard Brown, Erika Menendez, 31, of 98-01 67th Avenue in Rego Park has been indicted for murder as a hate crime for allegedly shoving Sunando Sen onto the tracks as a train approached at the 40th Street-Lowery Street station in Sunnyside. 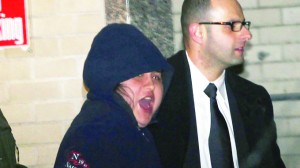 Although the facade of NYFAC's new home on Cross Bay Boulevard now as though nothing ever happened, the interior of the building was virtually destroyed losing tens of thousands of dollars just in electrical circuitry.

According to the charges, Menendez was observed on the evening of December 27, 2012, at the Sunnyside subway station muttering to herself while sitting on a bench.

Authorities then believe that Menendez stepped behind the man, followed him briefly and then pushed him off the platform and into the path of the train.  Mr. Sen was struck by the train and died of multiple blunt force trauma.

“The defendant is charged with having been motivated by hate,” said District Attorney Brown, “…The violence of the attack has no place in a civilized society – and especially in Queens County, which is proudly known as one of the most diverse counties in the country.”

At her criminal court arraignment last month, Menendez was ordered to undergo a psychiatric evaluation. Following the judge’s determination that she is fit to stand trial Menendez has been indicted on charges of one count of second-degree  murder as a hate crime and two counts of second-degree murder.

Menendez, who faces up to 25 years to life in prison if convicted, was ordered to return to court on January 29, 2013, at which time she will be arraigned on the indictment. She remains held without bail.

At the time of her arrest, Menendez admitted pushing Mr. Sen and said,  “I pushed a Muslim off the train tracks because I hate Hindus and Muslims. Ever since 2001 when they put down the twin towers I’ve been beating them up.”