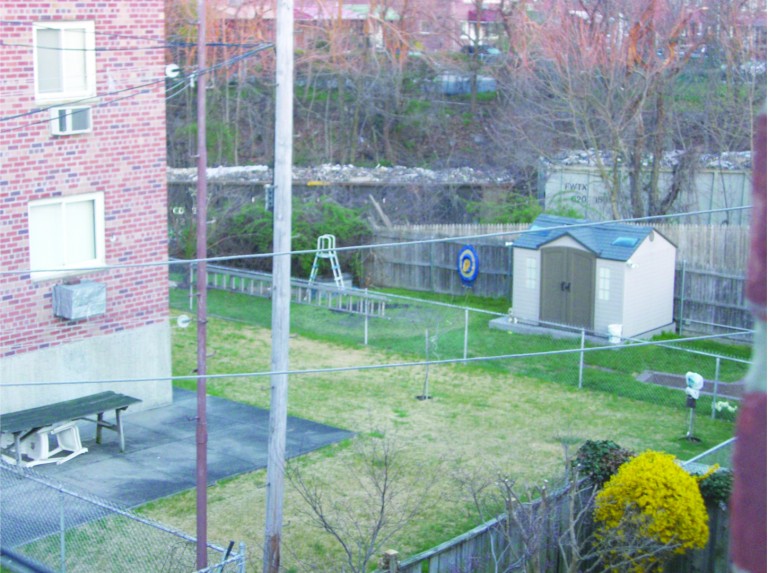 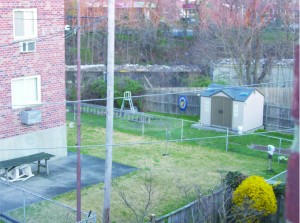 A view of the freight trains from the backyard of one residence affected by the constant noise and smell from the locomotive cars.

A concerted effort of epic proportion to replace antiquated locomotives responsible for hauling NYC garbage has been launched by the founders of CURES, Civics United for Railroad Environmental Solutions.

The group was founded back in 2009 by two Middle Village/Glendale residents, Mary Parisen and Mary Arnold. Since then, the two civic dynamos have enlisted the cooperation of a total of 14 civics organizations in surrounding areas including, Middle Village, Glendale, Maspeth, Ridgewood and Forest Hills.

The pair say they were driven to end the siege that diminishes the quality of life in their neighborhoods after they just could not take the noise, stench and soot constantly present on their windowsills and in their homes.

Now they are trying to rally the support of the New York State senate after getting the state Assembly to include a provision for necessary funding in the Assembly budget.

They was the funding for new Green Tier 3 trains to replace the state’s equipment which, according to their description is old, noisy polluting, tier 0 trains that the NY & Atlantic Railway operates.

CURES has started a petition on CHANGE.ORG, an online tool billed as the web;s leading platform for social change which empowers anyone, anywhere to start petitions that make a difference. In addition to the online tool, CURES has gotten the Assemblyman Andrew Hevesi actively involved in the push for the new trains as well as writing letters to every New York State senator who may be in a position to usher the bill through the senate floor.

One of the big problems, according to Mary Parisen, is that this is no “slam dunk in the senate because of a tight budget and because they are seeking to overcome a deficit.” Also entering into the picture is the idea that the private company should pay for the whole cost. 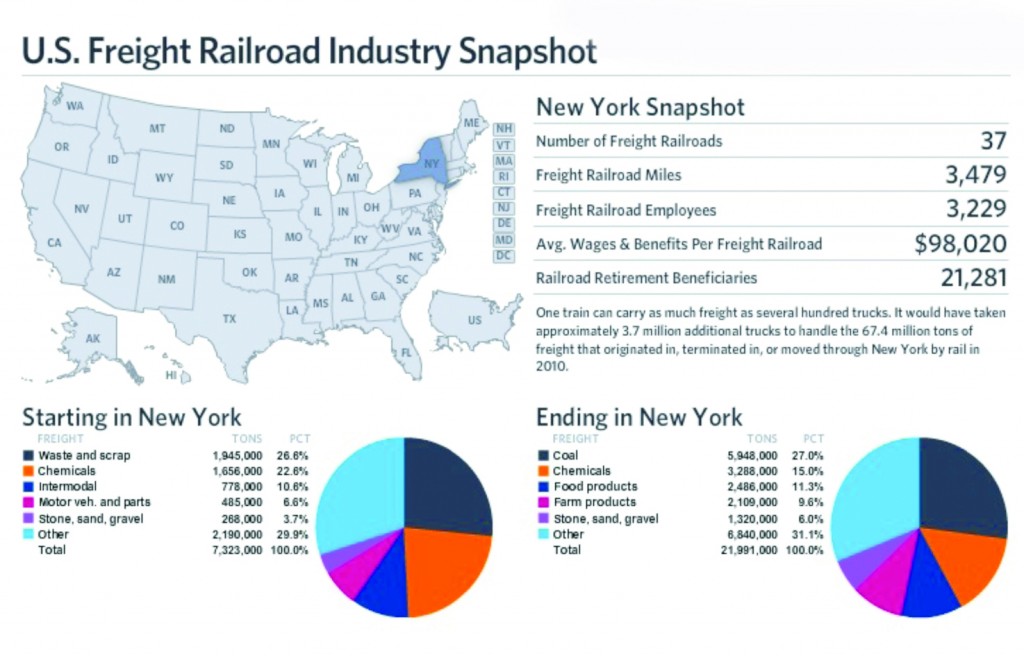 A graphical presentation represents crucial statistics that present an overview of the freight rail picture.

In a statement to the senators CURES made the following statement by Mary Parisen:

The fact is that hundreds of thousands of New Yorkers benefit from locomotive waste transfer in the form of less congested highways. But because New York’s own trains are so old, people who live near the tracks in NYC and L.I.. — like those in the communities I represent — suffer from needless pollution and related health problems. The state’s old, high emission trains are operated in backyards (see the photos in the fact sheet), by schools, near beaches, and in parks throughout New York City and Long Island. These are the oldest freight trains in the State of New York. We are simply asking that New York’s own trains meet modern emissions standards required of every other transportation vehicle.

The bill in question has already received the support of the State Assembly with the inclusion of $1.7 million for the Metropolitan Transit Authority (MTA) to begin updating certain diesel locomotives owned by its subsidiary, the Long Island Railroad (LIRR).

Assemblyman Hevesi said, “My colleagues and I in the Assembly Majority have agreed that this is an environmental justice issue for those living and working near these trains. Phasing in upgrades to this diesel fleet will serve the State of New York by reducing truck traffic on our roads, protecting our natural resources, and safeguarding our clean air.”

This measure requires the MTA and LIRR to begin phasing out, or upgrading, freight locomotive engines as soon as possible in order to meet certain higher emissions standards set by the U.S. Environmental Protection Agency. The average estimated cost to update each of the ten freight locomotives in the fleet is $1.7 million for a total cost of $17 million.

At a minimum, under the proposed change, they must update at least one freight locomotive so that it meets or exceeds the higher standards by December 31 every year beginning in 2013. By April 1, 2023, all such freight locomotives would need to meet or exceed the higher EPA standards. The Assembly budget proposal appropriation for 2013-2014 will contribute towards the start of these efforts.

In answering the state’s claims about money for a private company being sought, supporters say Mary Parisen has hit the proverbial nail on the head.. “We are not asking for money for a private company. The people of New York own these locomotives. You don’t put a new kitchen into an apartment you are renting, which is the position that NY & A is in with the LIRR/MTA.” Parisen continued with, ” These are the oldest trains I new York. They are being used in NYC and greater L.I. where they do the most harm to the most people, including our communities.”

The Forum applauds the efforts of CURES and their affiliates and will continue to support them by following this issue very closely and reporting pertinent details to our readership.